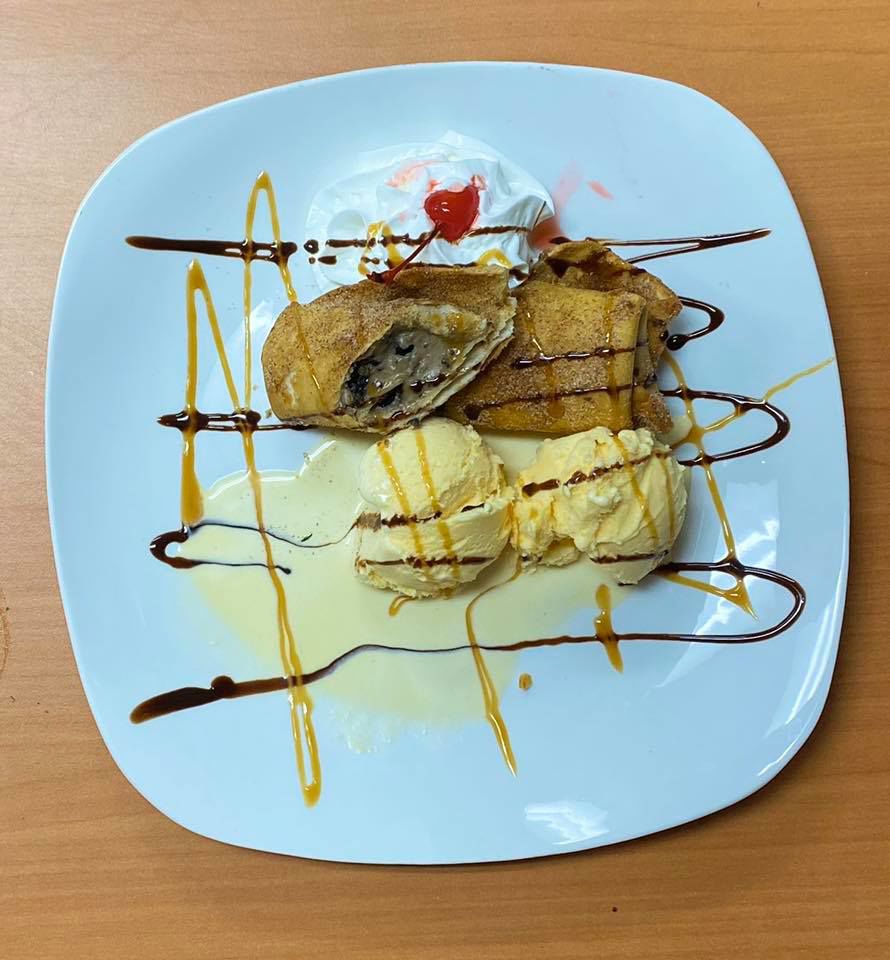 Fried cheesecake is the house dessert at El Isleño Puertorican Restaurant in Logansport. 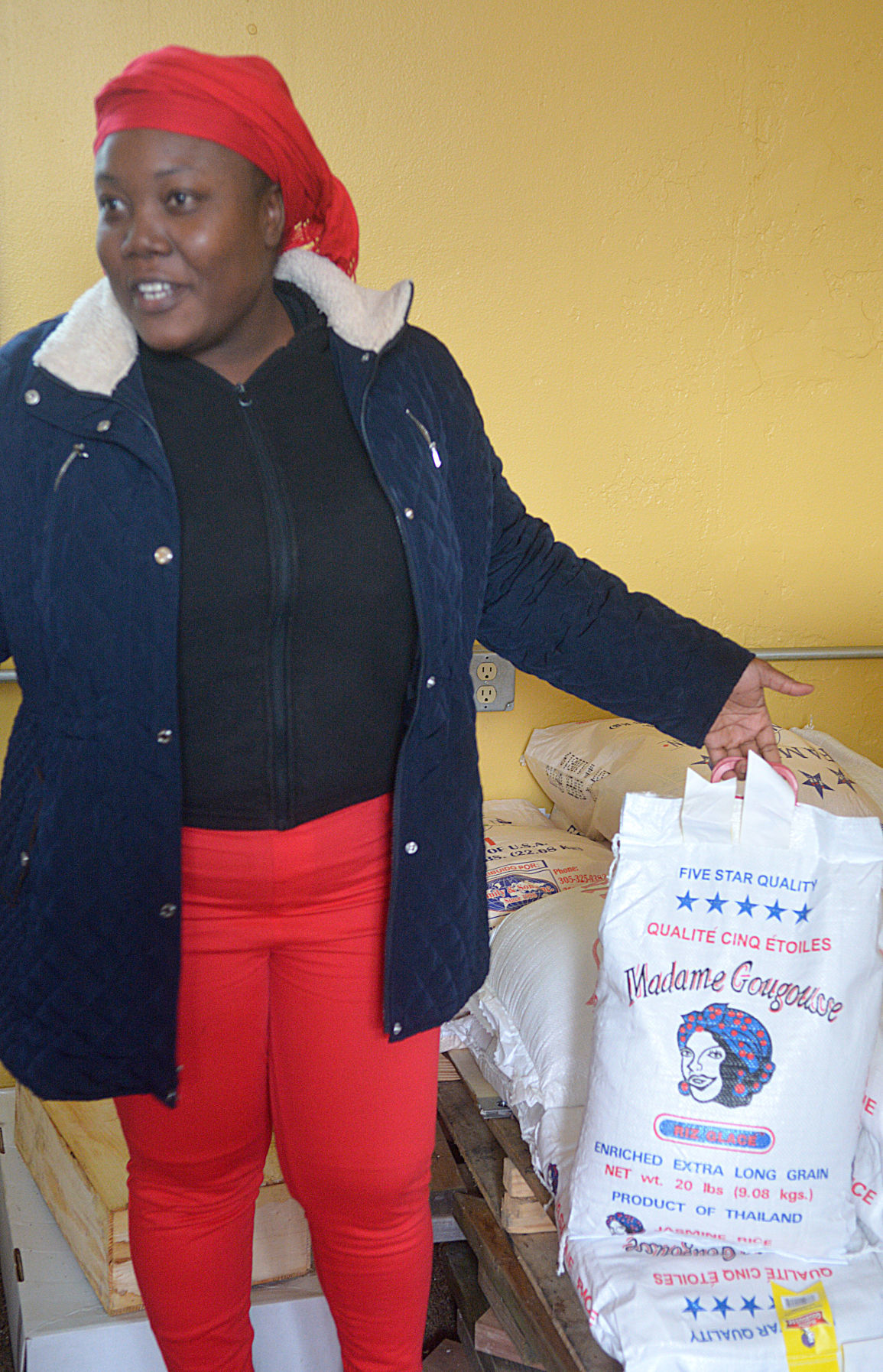 Shante Bastien displays one of a number of specialty grains and rices that will be sold at her new Jehovah-Jireh Haitian Market.

Fried cheesecake is the house dessert at El Isleño Puertorican Restaurant in Logansport.

Shante Bastien displays one of a number of specialty grains and rices that will be sold at her new Jehovah-Jireh Haitian Market.

Many smaller towns have had a pizza parlor — some serving spaghetti and other Italian dishes — a Chinese food restaurant or a Mexican place that is more authentic than Taco Bell for awhile.

But as Indiana has become more diverse, more flavors have made their way into smaller Hoosier towns.

“To see that out in the state is really exciting,” said Elise Shrock, director of operations for the Indiana Restaurant and Lodging Association.

But she’s not surprised that changing populations would be so visible in the food and even lodging businesses.

“The hospitality industry as a whole is one that shows a lot of diversity,” she said.

It’s easy to get a job in the industry and work your way up, she added.

Ricardo Barajas and Richard Salinas, owners of Mi Mexico at 3101 E. Market St. in Logansport, worked at restaurants for decades before they bought out their former employer, as did Victor Rojo before opening Los Tres Caminos in Peru and Braves Pancake House and Restaurant in Logansport with partners.

The 2019 numbers are estimates, and 2020 Census will likely show an even greater increase in the non-white population.

It’s also hard to identify which restaurants are owned by someone with ethnic roots, so it’s mostly anecdotal numbers for any increase.

Zach Szmara, lead pastor at The Bridge in Logansport and Department of Justice accredited immigration legal representative, said that according to newamericaneconomy.com there are 618 immigrant entrepreneurs in Indiana’s Congressional District 4. He suggested that most of those are probably related to food because of its importance in their cultures.

“It allows them to bring home here,” he said. “It would be similar to all of us — food is our heritage.”

Being of Polish descent, Szmara can tell the difference between a frozen pierogi and a homemade one. People remember things made at grandma’s house or by mom, he said.

Shrock said she’s noticed the change in restaurant types when she returns to her hometown of Kokomo and sees more internationally themed restaurants there, and she sees Indianapolis’ large international community daily.

In the population increases, Indiana’s largest growing ethnicity is the Latino community, and that’s more than just Mexican immigrants, she said. Some immigrant populations are also more specific to areas, such as the Haitian community being unique to northern Indiana, she added.

Logansport is home to a significant Italian community that began coming in about 100 years ago. The will honor that heritage in the spring when it erects a statue of immigrants — carved in marble in Italy — into Heritage Park this spring.

Although there’s no strictly Italian restaurant in Logansport, Amelio’s on the River, established at 431 S. 5th St. in 1871, includes Italian specialties. And two pizza places — Bruno’s Pizza at 1800 E. Market and Jerry’s Pizzeria at 1014 W. Market — have been around for decades, started by members of the Italian population and run by their descendants. At one time, dozens of small Italian eateries dotted the city.

Szmara said that Italian families would open small restaurants in the front rooms of their homes. That was common for many ethnic groups long ago, and it’s similar to the way ethnic restaurants get started today.

It begins with someone making traditional foods either to sell to friends and family for extra money or for special events, from holidays to a quinceañera.

“When people like your food, you’re pressed to do some more,” he said.

Even when restaurants or stores don’t exist for a specific group, there’s often overlap in cuisines so that people can find dishes or ingredients they can’t otherwise find in grocery stores and non-ethnic restaurants.

Shante Bastien said when she opened Logansport’s Jehovah-Jireh Haitian Market at 704 North St. in January that it will carry food for multiple ethnic groups and items commonly used in Caribbean cooking. Her store carries different types of rice and is getting in produce that includes sugar cane, yams, papaya, plantains and green peppers. When the store is set up for meat, it will include red snapper, goat and — if she can find a reliable source — lamb.

William Fuentes, owner of El Isleño Puertorican Restaurant at 220 S. 6th St. in Logansport, said his island’s cuisine differs a lot from Central and South American cuisines and has more in common with the Caribbean islands that surround it. When El Isleño opened Jan. 18, the crowd standing in line included many El Salvadorans, Haitians and diverse ethnic groups, Manager Leanette Lugo said.

Szmara said that from the Italian front room restaurants to the smaller modern restaurants, the message is the same: “This is our food. Welcome to our table. Sit with us.” That builds bridges and is good for the community.

“You form relationships. You find you have shared stories,” he said. “The most powerful vessel we have is the table.”

The impact of the changing population backgrounds has impacted Logansport more than the rest of the state. Fifty years ago, the city’s 1970 non-white population percentage was less than a fifth of the statewide percentage.

The school system now handles 23 languages, including distinct dialects, but those without school-aged children may be underreported. The percentage of students who speak English as a new language has gone from 13.3% in the 2001-02 school year to 41% this school year, down from a high of 43% last year.

“Think of all those who didn’t take part in the census,” she said. “They don’t know about the census. They don’t understand what the census is.” That’s true across the state, she added.

She said the increase is probably due to job availability at places like Tyson Fresh Meats in Logansport and Indiana Packers in Delphi.

In the last year, the district has seen an increase in Haitian and Guatemalan students, and the Burmese population has increased recently. The most recent restaurants and grocery store to open in Logansport reflect that fact.

Daisy Hau Asian Market has been around for years, but Burmese immigrants Mang and Daisy Hau bought it this summer and moved it to High Street to be closer to their customers. The market caters to all diverse Asian cuisines, including Filipino, Laos, Thai and Burmese, and he gets fresh produce from Korea and Thailand but also Costa Rica and Florida. The store also is a center for helping immigrants in matters like housing, relocation, medical events, legal cases and translation.

New Waverly resident Benny Troxell bought Dhing’s Thai-Philippine Cuisine at 4000 Market St. in early 2016 and remodeled it in July of 2016. It continues to serve food from the two countries.