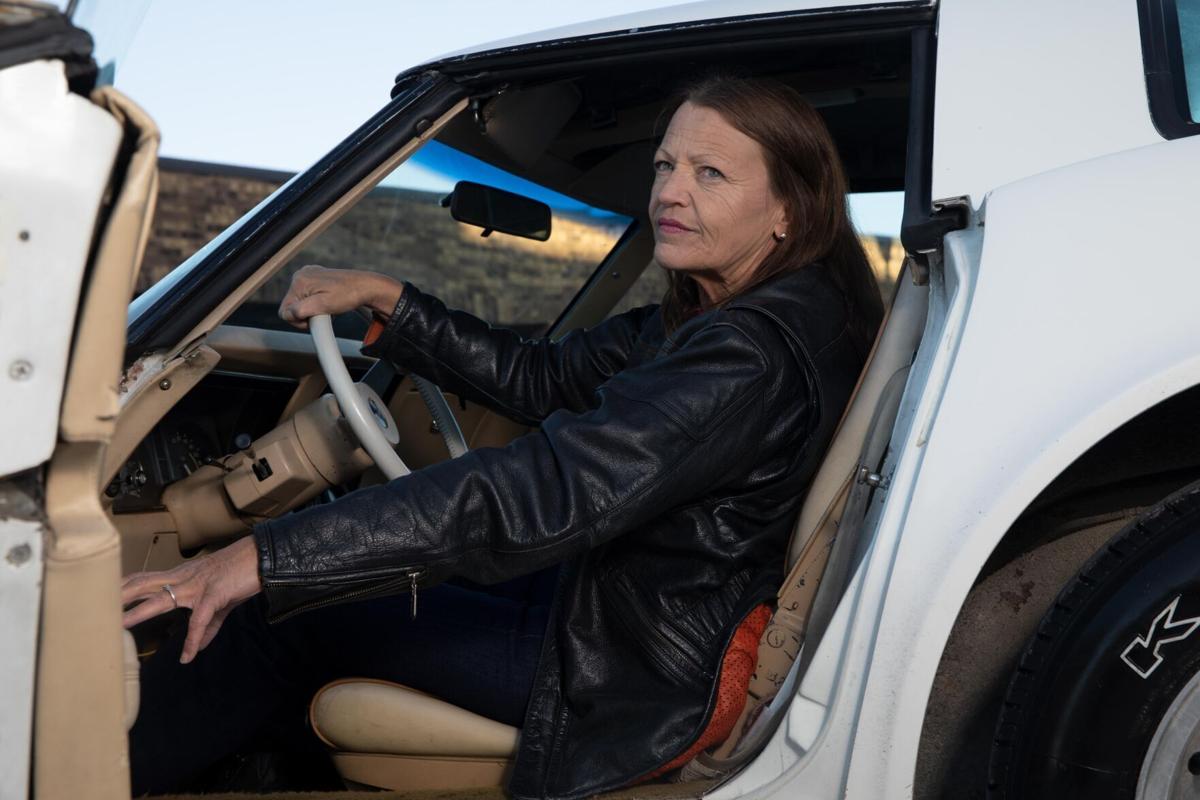 Lori Arnold shares her story in a three-part docuseries, "Queen of Meth," which streams to discovery+ May 7. Lori and her brother, actor Tom Arnold, returned to Ottumwa in the fall of 2020 to film the series. 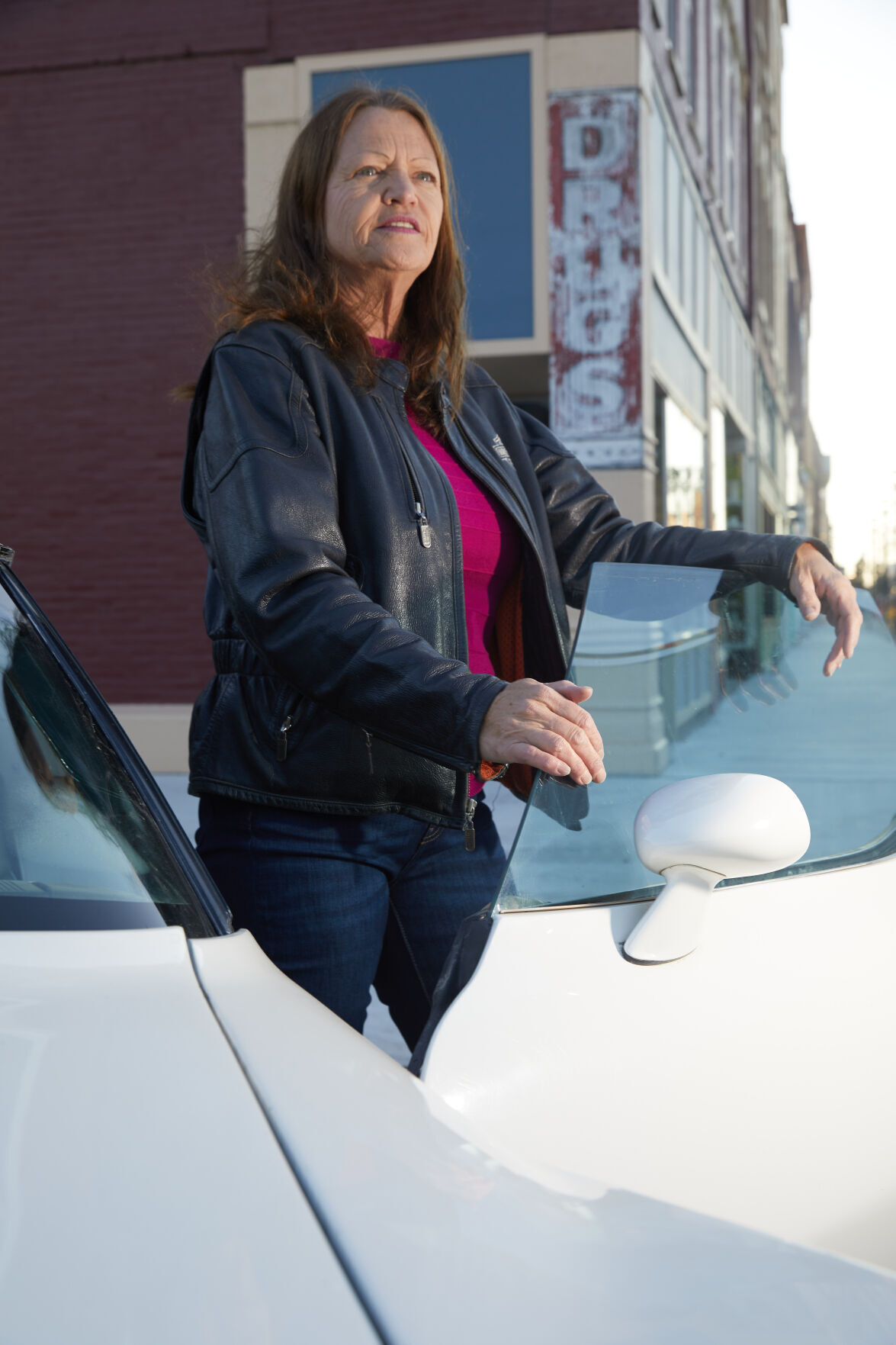 Lori Arnold returned to Ottumwa last fall to share her story in "Queen of Meth," which streams to discovery+ May 7. 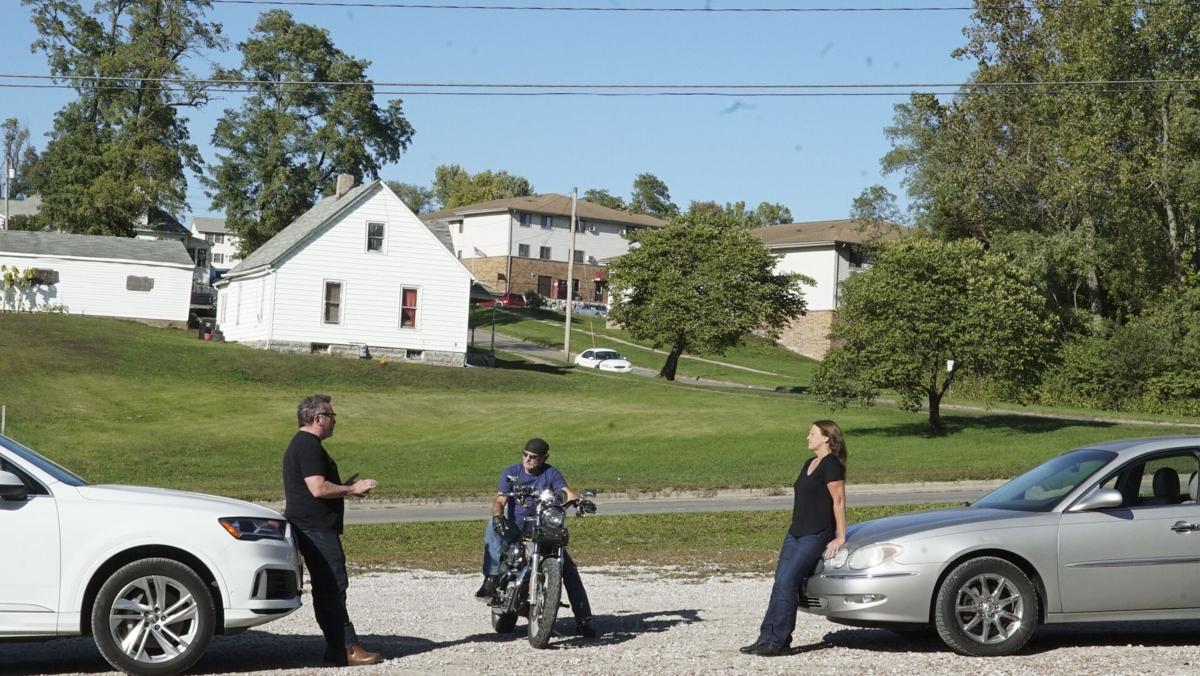 Siblings Tom, Scott and Lori Arnold reminisce at the spot their father's house used to sit on Center Avenue in Ottumwa. The three reunited for the filming of "Queen of Meth," which streams to discovery+ May 7. 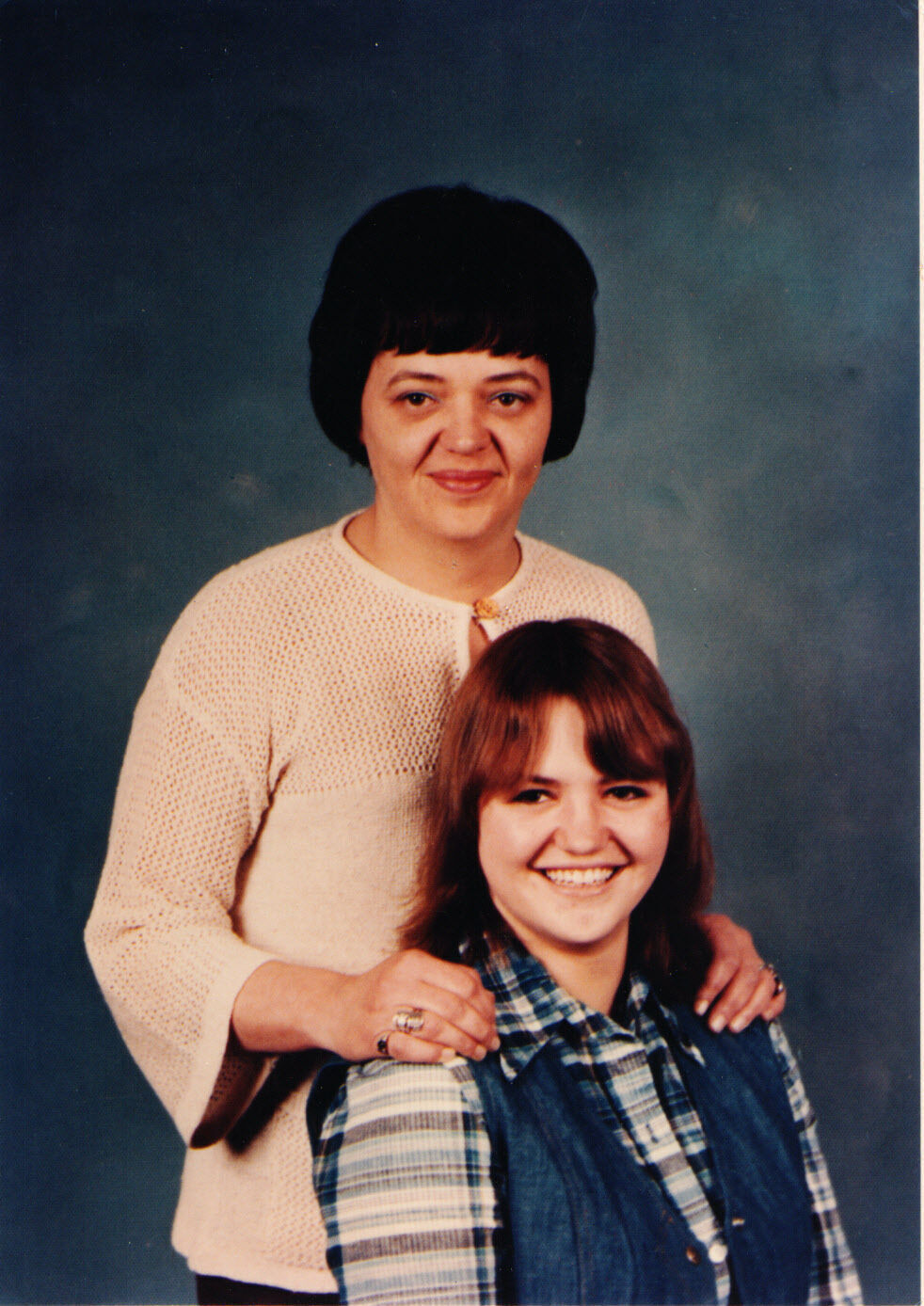 OTTUMWA — Lori Arnold has been back to Ottumwa twice since being released from her second stint in prison in 2007. Once was for her father’s funeral about four years ago. The other was in the fall of 2020.

That trip was to make a documentary for discovery+ and involved interviews with her, brother and actor Tom Arnold, brother Scott Arnold, her son, and many other friends and acquaintances. “Queen of Meth” is a three-part documentary detailing Lori’s life that drops to the streaming service May 7.

“I just thought it was time,” she said. “Feelings of guilt and remorse, regret, things like that. After the years go by, I just wanted to explain, tell people, the how, what, when, why, that sort of thing, just kind of tell my story to maybe get a little understanding on how it happened. I didn’t even realize how it all happened myself.”

In fact, she said the process of filming helped her understand herself more, including her upbringing and tumultuous teen years.

The first part of the series details her early life. Her parents split up when she was young, and she was raised by her father and stepmother. She said they “raised us right.”

There was always food on the table, clean clothes to wear, they went to church twice a week and she sang in the church choir. She said she participated in school activities and got good grades.

“I was a good kid,” Lori said. Then, around seventh grade, it started to change. “All of a sudden, it was like I was an adult. I just rebelled against family and rules. I just wanted freedom.”

She saw an opportunity for it by moving in with her mom, who she said had no rules, shortly after Tom did. “That’s when everything changed,” Tom said in the series.

Lori started acting out, hanging out in bars and quitting church. “It seemed like freedom, I guess, to a 14-year-old.”

By that age, she said in the documentary, she was addicted to alcohol. It was also the age she first took speed — with her mom. It’s also the age Lori started a relationship with a 23-year-old man that led to a marriage. It was short-lived, but Lori never returned to the normal life of a teenager.

“That was the end of her life, her childhood,” Tom said.

Eventually, she met and married Floyd Stockdall. They lived in a cabin by the river and had a child.

It was Floyd’s brother that introduced her to meth around 1985. “It rocked my world,” she said, describing it as a “seductive, utopian” feeling where boredom, loneliness, low self-esteem and all other problems seemed to disappear.

She was tired of living poor and felt she was entitled to more.

She saw it as a chance to make money for her family to get a better house, a better car and even some cigarette money. “I didn’t think I would make money off of it. It wasn’t my plan to become a big drug dealer.”

The drug hit hard in the town. The people liked it, kept wanting more and “it spread like wildfire.” As Lori started making money, she thought she might be able to help her friends do the same and started to bring them into the fold.

Regular runs to California were a part of the mix, and she had dealers in several different states, including Missouri, Illinois and Kansas. At first, it was a pound at a time. A $10,000 investment brought in $40,000. Eventually, five pounds were moving at a time.

As the money came flowing in, Lori invested the money back into the community. She and Floyd owned a car dealership and purchased a bar. They also bought a ranch with dozens of horses, and they invested in other properties to help friends with housing.

“I wanted to invest what money I was making into businesses that I had so I didn’t have to deal drugs. I wanted to be a businesswoman. I didn’t want to sell drugs all my life,” Lori said.

There were not a lot of high-paying jobs in Ottumwa for someone with an eighth-grade education, she said.

Then, in 1989, one of their drivers got caught with 10 pounds of meth on a run at a checkpoint in Utah. In order to try to recoup money from that — an estimated $150,000 — they brought a chemist to the ranch to make meth on site.

But, she said, selling came easy to her. She was the brains and Floyd was the muscle. And it wasn’t just the drugs that drew her in. It was the power.

“I would say I’m more addicted to the power. It’s a power thing.” Lori said. “That fed my ego. I want people to look up to me, respect me.”

Eventually, it all came crashing down around them when one day the house was raided by law enforcement. At that time, no charges were filed, but more than 40 guns were removed from the house.

Lori’s freedom after that was short-lived. Once again, in the middle of the night, after collecting more evidence, law enforcement moved against the Stockdall’s and members of the ring.

Lori said she was accused of running a five-state drug ring, though she didn’t know exactly how many states they were in or how deep. There were 50-60 defendants.

“We knew we was doing wrong. We were just trying to have a good time.”

After serving her first sentence, Lori returned to Ottumwa and began working at Excel. “I knew better than to go around old friends and stomping grounds,” she said. “I didn’t trust myself to be around anything.”

She even picked up a second job at Wendy’s to try to curb the temptation to go out. “I felt like I was still in prison, afraid to go anywhere and talk to people,” she said.

Eventually, she ended up going to a bar just to be around people and play pool. She ran into somebody looking to get rid of some product and thought she could make some money.

Little by little, she got back into selling. Then, in 2001, she went back to prison for six more years. She did not return to Ottumwa.

Instead, she went to a halfway house in Arizona and now lives in Sandusky, Ohio, with her fiancé. She has a job with a worldwide auto parts distribution company.

Her life is pretty normal. She comes home, cooks supper and watches TV in the evenings.

But the hardest part of it all for her was in regards to her son, who was 10 at the time Lori and Floyd were arrested.

“He went through hell when I got arrested,” Lori said, saying it’s about the only thing that will pull an emotional response from her. In the docuseries, she shares the story of the night of her arrest and how he was playing the role of a comforter.

After that night, her son was raised by Lori’s family. “It’s hard to imagine a 10-year-old getting his home and parents torn away all at once,” she said.

“The town lost a bunch of parents,” Tom told Discovery. “A whole generation of kids ended up being raised by their grandparents.”

“I got lucky. My son never got into [drugs],” Lori continued. “Maybe that’s cause my family raised him after age 10. I’m just glad I had a good family to take care of my son. My son is a good man. He turned out real well.”

But, years later, Lori’s legacy lives on. “The Queen of Meth title is not something to be proud of, but it’s something I’ll never get away from,” she said. “I got out of prison, but I'm doing pretty much a life sentence for selling drugs."

— Features Editor Tracy Goldizen can be reached via email at tgoldizen@ottumwacourier.com or followed on Twitter @CourierTracy.