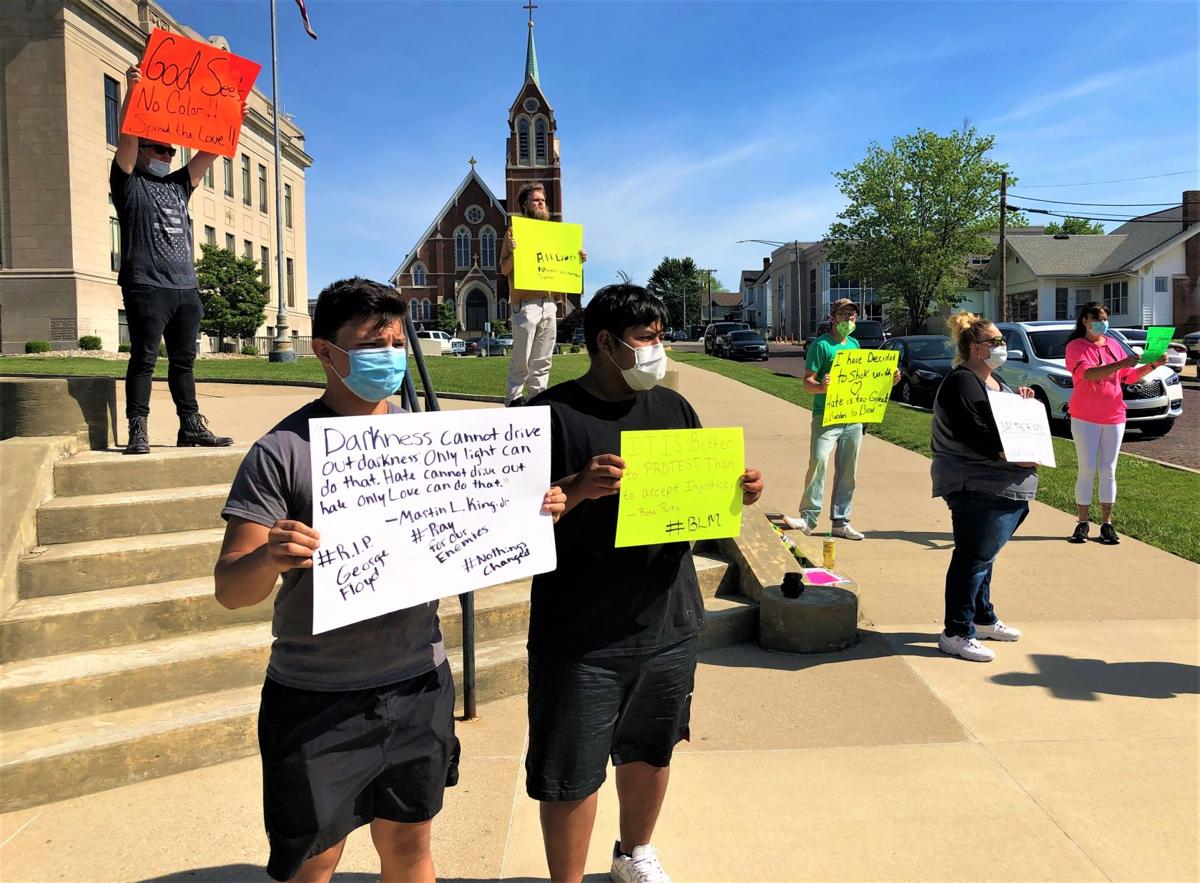 Jayce Perkins and Ruben Gutierrez demonstrate in front of the Daviess County Courthouse on Monday. 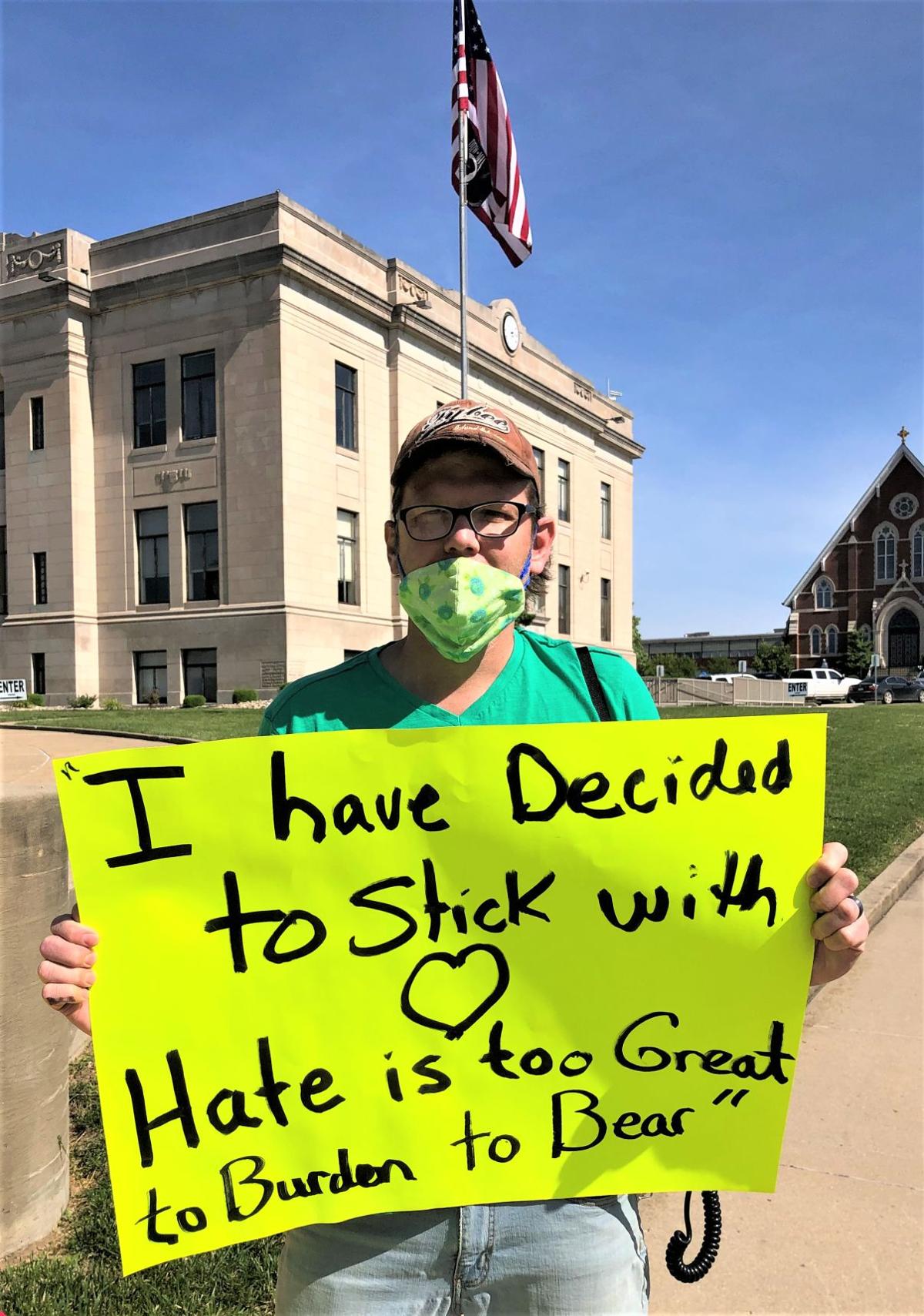 Shawn Colvin demonstrates in support of George Floyd, who was recently killed in Minneapolis, in front of the Daviess County Courthouse on Monday.

Jayce Perkins and Ruben Gutierrez demonstrate in front of the Daviess County Courthouse on Monday.

Shawn Colvin demonstrates in support of George Floyd, who was recently killed in Minneapolis, in front of the Daviess County Courthouse on Monday.

Those passing by the Daviess County Courthouse Monday may have noticed the handful of people standing on the sidewalk holding colorful signs made from poster board.

Unlike the chaotic rioting and looting happening around the country in response to the death of George Floyd in Minneapolis just a few days ago, Dana Stoll, her two boys and a handful of others put on a peaceful protest.

“I wanted to show my kids that you could protest peacefully,” said Stoll, who said her children are biracial. “I want them to know you can be heard without all the ruckus in the world.”

Stoll said her children had watched the aftermath of Floyd’s death at the hands of law enforcement unfold over the last few days. That’s why she organized the peaceful protest.

“I wanted them to be a part of something positive from this,” said Stoll.

For partners Ritchie and Shawn Colvin, this was second protest they have been a part of at the local courthouse.

“We were here in 2014 when we were trying to get a marriage license,” said Shawn Colvin. “The question is why, in 2020, are we still facing racism today?”

“It’s absolutely ridiculous we are still in this stage of our lives where black men are being killed by police who are supposed to be protecting us,” said Ritchie Colvin. “I wasn’t raised to see color.”

Neither was Shannon Rosa who was also part of the peaceful protest.

“People may be different skin colors but we are all the same inside,” she said. “No one should be treated differently.”