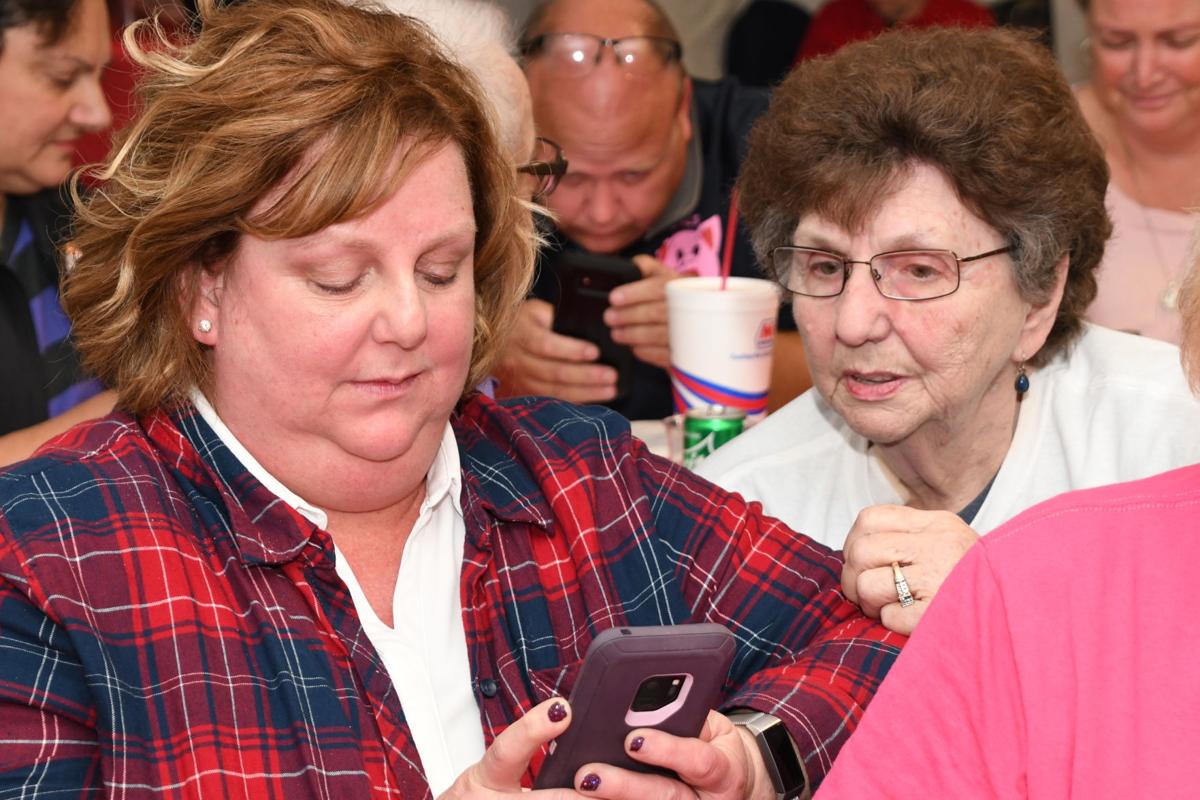 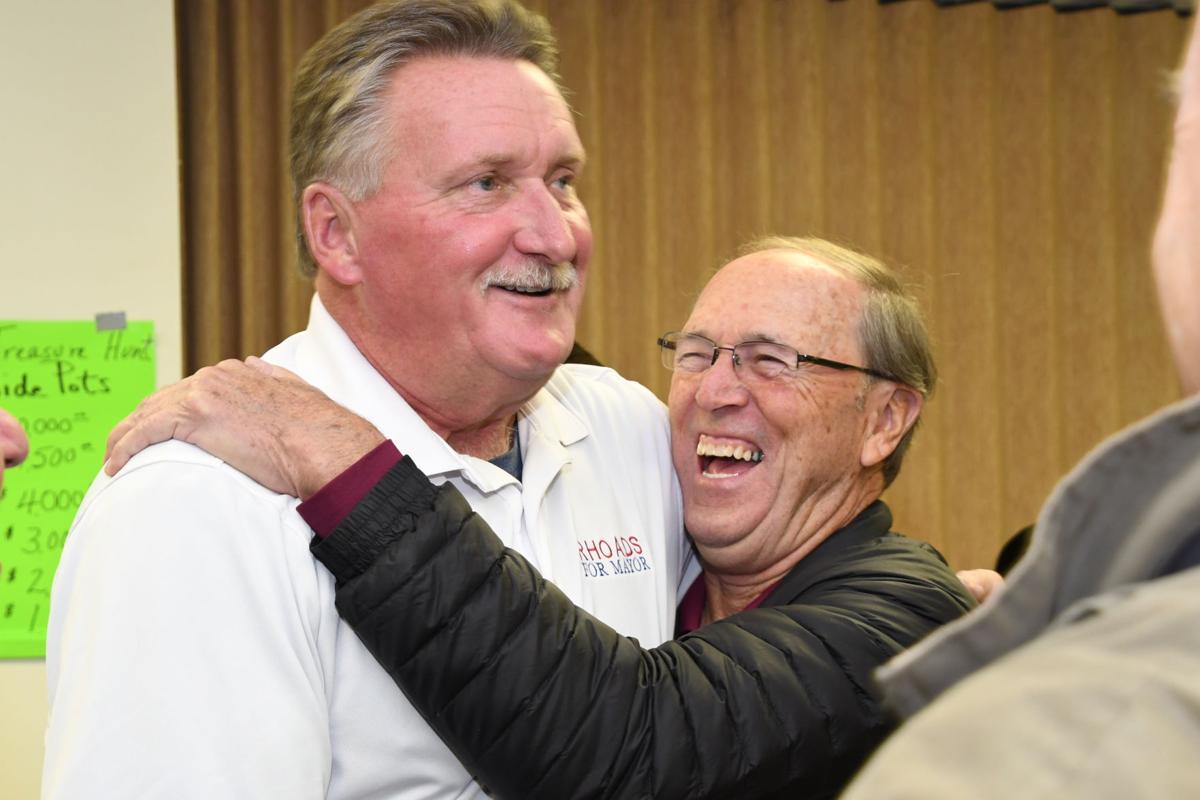 Mayor-elect Dave Rhoads is congratulated by supporter, Skip Pace, after the mayoral election results were finalized.

Mayor-elect Dave Rhoads is congratulated by supporter, Skip Pace, after the mayoral election results were finalized.

Washington’s Fire Chief has been elected to the chief spot of Washington as David “Dave” Rhoads defeated Republican challenger Diana Colbert Snyder in the most tightly-contested mayoral race in recent history.

“I knew it was going to be a tough fight,” mayor-elect Rhoads commented moments after giving his victory comments at the Knights of Columbus hall Tuesday night, “and it proved to be just that.”

He added that his opponent, Republican Diana Colbert Snyder, was a very worthy opponent and made waiting for the results tough.

The waiting and the results were rough, too, as the Republican candidate acknowledged the loss was a tough one to take.

“I really appreciate all the support I have received throughout the campaign,” she said, “But right now I need a moment.”

Moments were needed for both sides during the course of precinct reporting, which seemed slow.

Almost one hour passed after polls closed before numbers were reported. Both Rhoads and Snyder each held momentary leads throughout the precinct reporting.

“This was nerve-wracking,” said Rhoads. “I’m going to need a day or two for this to soak in.”

The soak-in time will afford the Democrat mayor-to-be an opportunity to put into place some planning that he could not initiate until he knew he was going to be mayor.

“There are a number of details I need to tend to in order to ready myself for the challenges that lie ahead of me, “ Rhoads said.

One of the challenges will be to forge a working relationship with a Republican-majority of the city council. Rhoads added that he does not consider himself to be a party candidate; rather, he considers himself to be one who tackles the matter at hand.

“We will make it work and we will work together; we have to work together for the good of the city,” he said.

The work will begin in earnest shortly for Rhoads, who will become the 25th person to serve as Washington’s mayor.

But the Election Night was a time for celebrating the victory as the crowd at the K of C was raucous.

However, the mood was somber at Premiere staffing, where Republican candidates and supporters gathered to listen to election results.