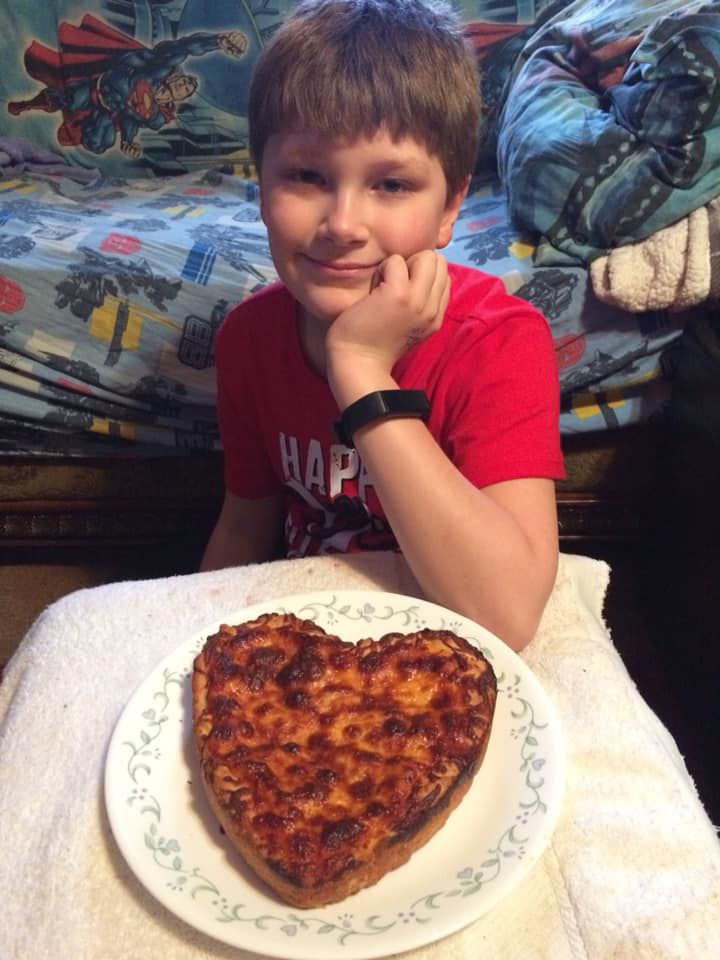 Reese Armstrong poses with his annual homemade Valentine’s Day pizza that he and his family makes together every year. 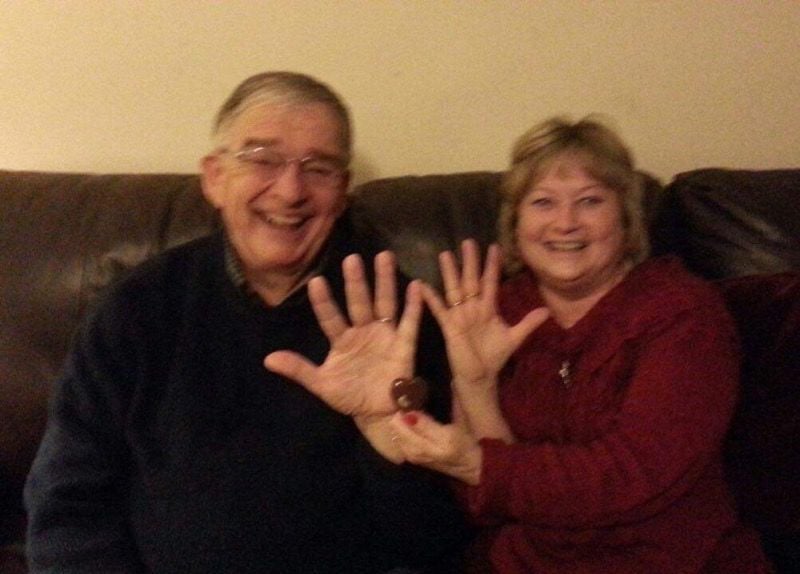 Peggy and her brother-in-law Bob celebrate 10 years since she donated a kidney to him on Valentine’s Day 16 years ago.

Reese Armstrong poses with his annual homemade Valentine’s Day pizza that he and his family makes together every year.

Peggy and her brother-in-law Bob celebrate 10 years since she donated a kidney to him on Valentine’s Day 16 years ago.

For many, Valentine’s Day is about candies, flowers and a romantic dinner. Others take a less traditional approach to the holiday that celebrates love. Our readers shared some of their most memorable Valentine’s Day gifts and traditions.

For Davida Wilson, Valentine’s Day is mostly flowers and cards, except for the year her husband Chris surprised her with a serenade. “He hasn’t done it since,” she said.

Ben and Brittney Ault booked a weekend in Gatlinburg to “get away from normal weekend activities and just relax.” They wanted the chance to sit in a hot tub at a fun place like Gatlinburg where it’s close enough to home but far enough away to feel like a real trip.

John Buchanan had only been with his partner a few weeks when they celebrated their first Valentine’s Day together. Buchanan cooked a special meal for his special someone — Ina Garten’s chicken recipe. “We’ll be celebrating our third Valentine’s Day together this year,” he said. “We’re just doing takeout, though I’m still waiting for him to cook Ina’s chicken for me.”

Carla and David Goble got engaged on Valentine’s Day, which makes celebrating it now even more special. While out to dinner, David said he was going to the restroom, but when he stood from the table, he turned and got down on one knee. “I was surprised because I never saw it coming,” Carla said. “Of course I said yes.”

Teresa Armstrong’s family has special tradition they do every Valentine’s Day. Instead of the traditional candy and chocolates, the family of three makes their own dinner. “We make heart-shaped pizzas every year,” she said. “It wouldn’t be Valentine’s Day without it.”

Every Valentine’s Day is a special reminder for Peggy Holland and her family. Sixteen years ago, she helped save her brother-in-law’s life by donating a kidney to him. Her daughter Hillary Lawyer said it was “not your typical Valentine’s Day, but definitely an act of love.”

Even gifts from former spouses can still mean a lot. Shelby Purdue’s ex-husband once bought her a necklace for Valentine’s Day even though he had always claimed gifts like that were a “waste of money.”

For one of their first Valentine’s Day as a married couple, Jane Seidel’s husband Rick saved up his change from lunch every day to buy her a leather jacket. “It ended up fitting like a man’s jacket,” Seidel joked. “But it was very sweet.”