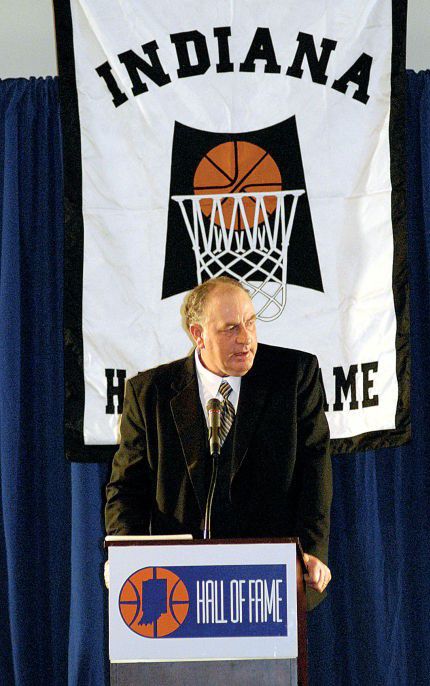 Steve Bouchie at the 2009 Indiana Basketball Hall of Fame induction. 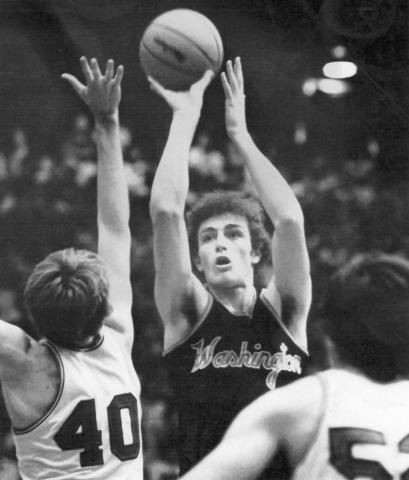 Steve Bouchie during his high school career in 1978-79.

Steve Bouchie at the 2009 Indiana Basketball Hall of Fame induction.

Steve Bouchie during his high school career in 1978-79.

Washington lost an iconic member of the community Sunday afternoon with the passing of Steve Bouchie, former 1979 Mr. Basketball, member of the 1981 Indiana Hoosier national championship team and long-time school board member, due to complications from a recent heart attack. He was 59.

The 6’8 former power forward was widely regarded as one of the best players to come out of Southwestern Indiana and was the area’s first Mr. Basketball.

Bouchie had also been a school board member for over a decade and had been a farmer in Daviess County after initially being drafted by the Detroit Pistons (4th round, 1983) and playing professionally in Italy after graduating from Bob Knight’s Hoosiers.

During his Mr. Basketball senior season, 1978-79, Bouchie averaged 27 ppg and 15 rpg in 1978-79 for an 18-9 Hatchet squad, was named a Parade Magazine All-American, and became the first player from Southwestern Indiana to be named Indiana’s Mr. Basketball. When he graduated, he ended his career as the Hatchets’ all-time leading scorer with 1,727 points and 842 rebounds, along with helping the team to a pair of semi-state appearances.

He went on to play at Indiana for Coach Knight, where he played on three Big Ten Conference championship teams and a national championship team. He started in 50 games over four seasons, averaging 5.1 points and 3.2 rebounds per game for his career.

During his Hall of Fame induction ceremony in 2009, Bouchie noted becoming a member of the Hall of Fame was not something he planned on when he began playing basketball.

“Induction into the Hall of Fame was the furthest thing from my dreams, but it is something that I will treasure for the rest of my life,” said Bouchie to Mike Myers of the Times Herald.

One of Bouchie’s long-time friends and three-year Hatchet teammate was Roger Padgett.

“He was the best man at my wedding. We be became friends when we were about 11, and I spent a lot of summers out there (on the farm) with him and his family,” said Padgett.

“They were truly some of the hardest working people I have ever known. Both in basketball and around the farm, his strength was legendary on and off the court. He had incredible endurance as well.

“We were so proud of him to have been on the IU championship team (in 1981). He would introduce us to the guys on that team like Isiah Thomas and Randy Wittman, but he was just always ways quiet and humble about it.

“He was like Superman. I remember back in high school, during his junior and senior years, a lot of times players who had just played against him would line up to get his autograph.”

Bill Richardson, who was a long-time sports writer and editor in the area, also was in high school with Steve. He has also co-authored two books about the Hatchets.

“He was injured for part of his senior year, but when he was on the floor, he was the most dominant player in Hatchet history up to that point. He was a one-man show and couldn’t be stopped.”

Ron Arnold served on the school board with Bouchie for four years and also commented on his quiet, but reflective nature.

“He was one of those people who was a quiet leader. He was very intelligent, but quiet. When Steve had something to say people listened. He was always thinking,” said Arnold.

“I graduated the year before he became a freshman. We had a pretty good team, but he really help get Washington ‘over the hump’ as far as winning big games went.”

Washington School cooperation superintendent Dr. Dan Roach wanted to extend his condolences from the entire corporation to the Bouchie family.

“Steve was on the board when I was first hired and he has done a great job helping to move the school and the community in the right direction since the early 2000s when he was first elected,” said Roach. “I always appreciated his quiet leadership. Steve accomplished a lot during his time in high school and college, but he was always very humble and had a heartfelt commitment to to the kids and the school.”

Steve and his wife Lisa, had three children, Carey, Corey and Bryan. Bryan was also a successful basketball player at Washington, playing for the 2005 state champions, and was a member of the 2007 Indiana All-Stars and played at both Valparaiso University and the University of Evansville. Bryan passed away in 2018.