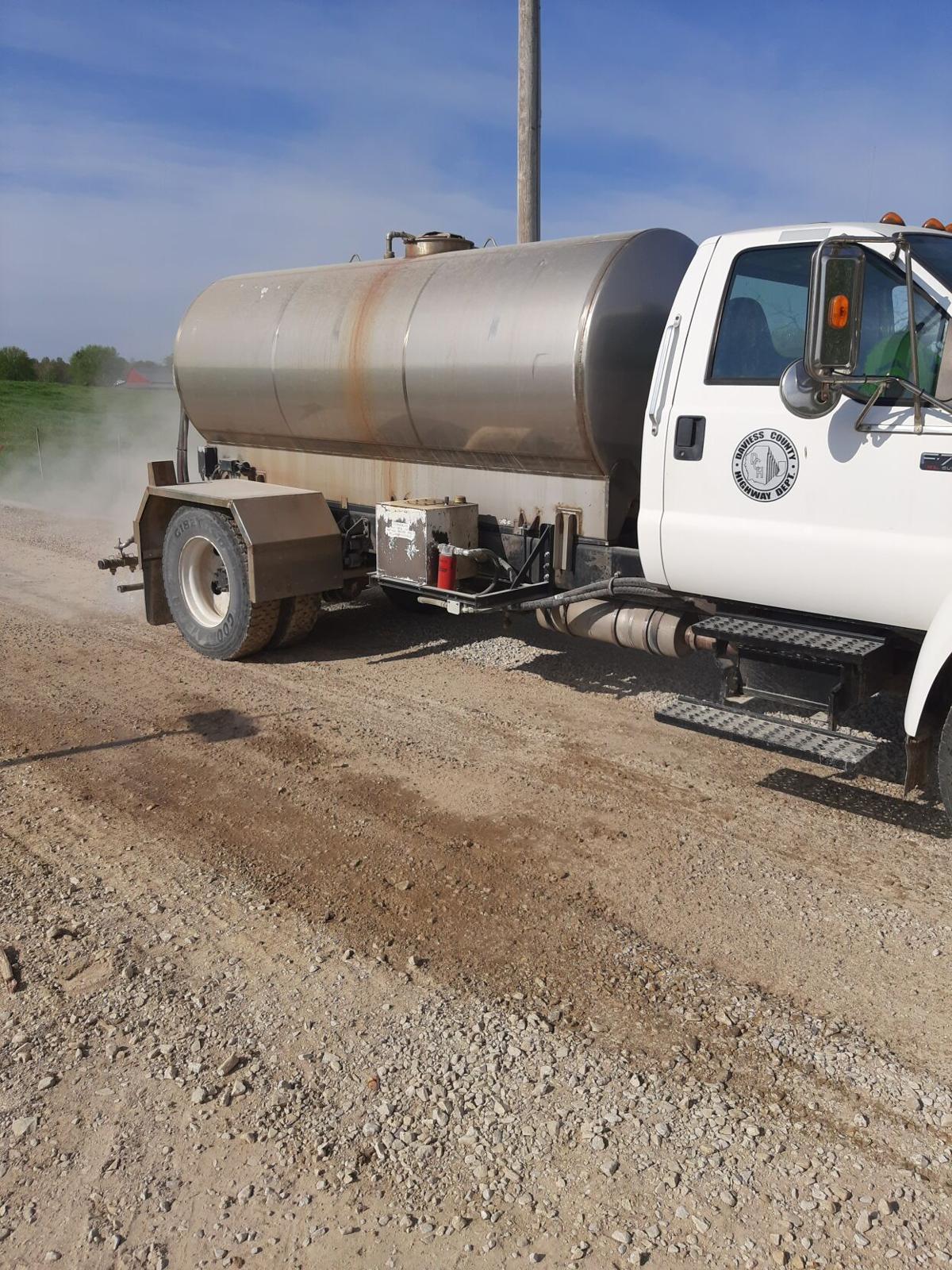 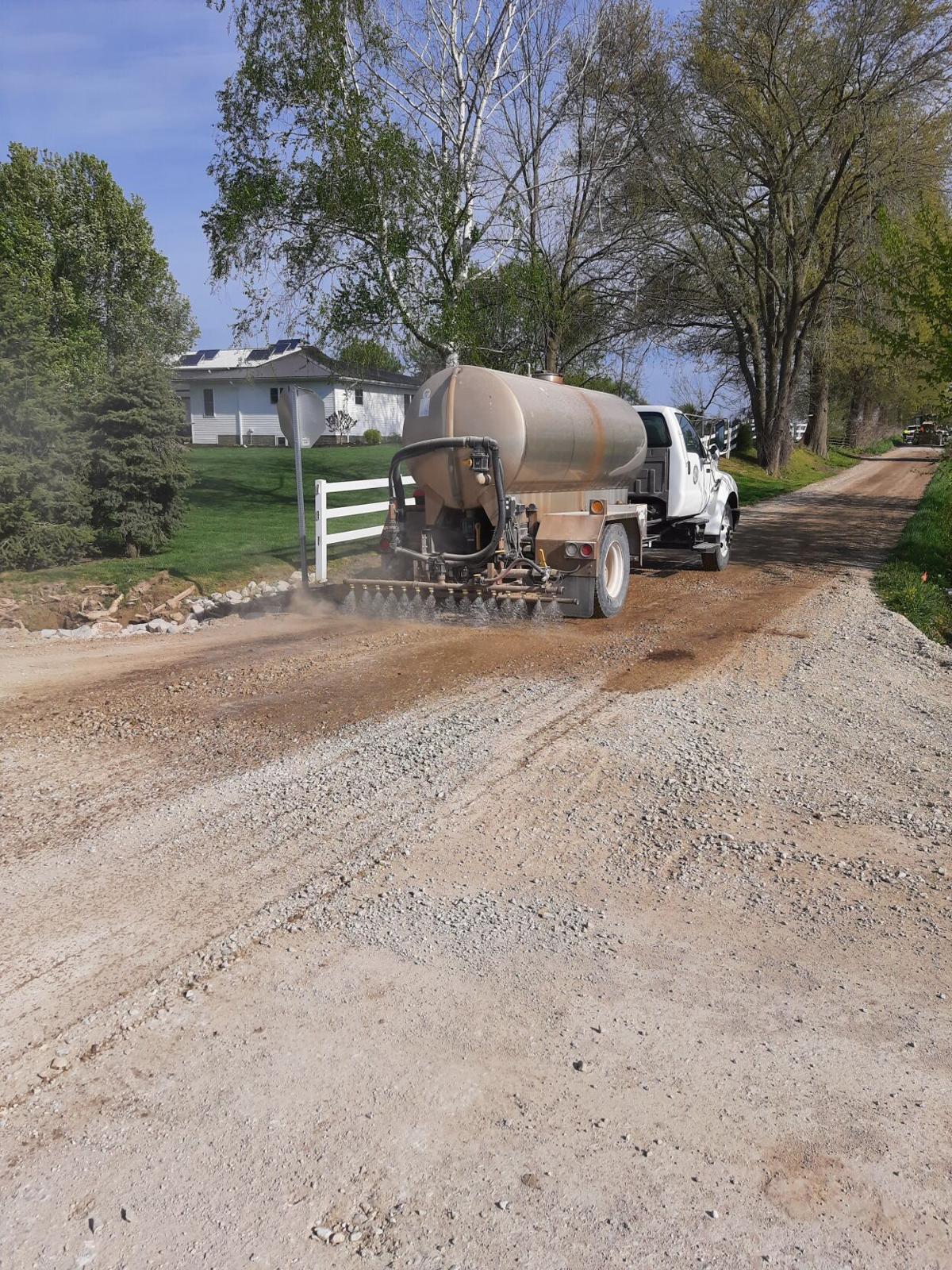 Daviess County has 360 miles of gravel roads and it doesn’t take but a few days without rain before vehicles traveling on them are kicking up plenty of dust.

Each year the Daviess County Highway Department spends at least a month trying to cut down on some of the dust in front of houses along those roads.

“It does take us a lot of time,” said Daviess County Highway Supervisor Phil Cornelius. “Usually in the spring we spend a month to six weeks doing dust control projects.”

In the past, private contractors did some of the work, but that is no longer the case.

“We had problems with them using inferior materials and just not doing a good job,” said Cornelius. “So, we kind of wound up taking it all over.”

The dust control projects take three basic forms. One is an oil application. Another is chip and seal and the third is using calcium chloride.

“Most of them run about 300 feet although in some places we will have some families go together and we will have a 1,000 foot patch of road,” said Cornelius. “We do a lot of them. Last year we put down 15 miles of dust control. Most of it in Barr, Van Buren and Bogard townships.”

The cost to the resident is going up this year, around 3 to 4 cents per linear foot. That is reflecting an increase in the cost of materials.

“Oil has gone up,” said Cornelius. “Some people get upset when they have to pay for this, but I don’t think they realize the county is eating most of the cost. We pay for any stone that is brought in. We also cover the cost of equipment and labor.”

The length of the effectiveness of an application depends on what they use. Calcium chloride is the least expensive option, but normally lasts around one year. Oil applications can last two years and chip and seal can be good for up to four years.

“That depends on what kind of traffic is on the road,” said Cornelius. “A lot of motor vehicle traffic might knock down some of the time on the oil and calcium chloride treated roads. If there is a lot of truck traffic the chip and seal will break down quicker.”

The Daviess County Highway Department is now taking applications for the dust control measures. The county is just starting the spraying of calcium chloride. Oil projects will begin in May and continue through the end of that month.