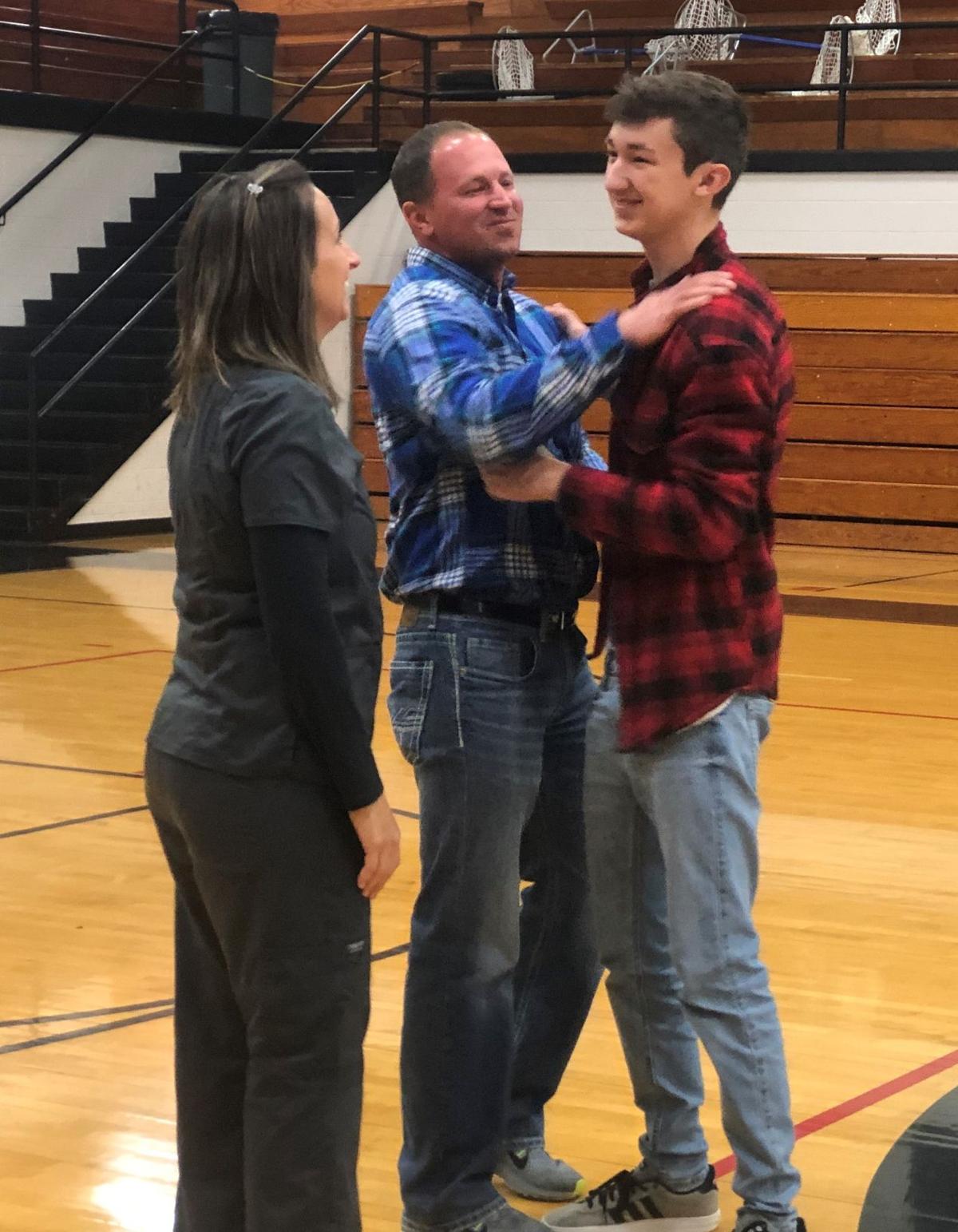 Barr-Reeve senior Peyton Eaton, right, was congratulated by his parents Darla Eaton and Andy Eaton during a school convocation when it was announced that Eaton was the 2020 Daviess County Lilly Scholarship winner. 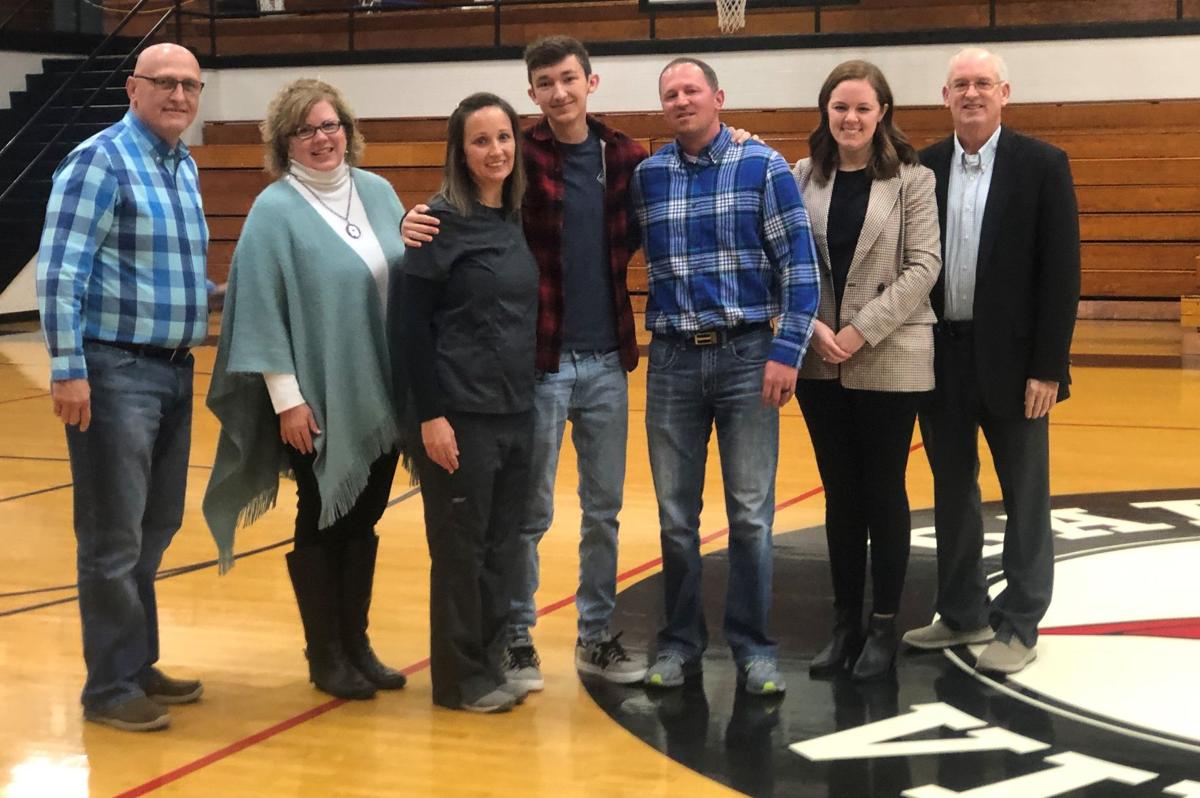 Barr-Reeve senior Peyton Eaton, right, was congratulated by his parents Darla Eaton and Andy Eaton during a school convocation when it was announced that Eaton was the 2020 Daviess County Lilly Scholarship winner.

His peers at Barr-Reeve gave senior Peyton Eaton a standing ovation after it was announced on Tuesday morning by the Daviess County Community Foundation that Eaton was the recipient of the 2020 Daviess County Lilly Endowment Community Scholarship.

The scholarship provides full-tuition, required fees, and an annual stipend of up to $900 for required books and equipment for four years of full-time undergraduate study leading to a baccalaureate degree.

Peyton is the son of Darla Eaton and Andrew Eaton of Washington. He plans to attend an Indiana college of his choice to study mechanical engineering. In addition to excelling academically and having a passion for math, Eaton is a member of the Indiana Department of Education Student Advisory Council and represented Indiana’s Eighth District on the Student Advisory Council to the Superintendent of Public Instruction.

He is president of the senior class, earned National Merit Recognition, was state champion in Social Studies Academic Bowl during his junior year, and is also involved in various fine art activities, including travel with the Barr-Reeve Art Department to Europe during 2018, chorus, and videography.

The Lilly Endowment is an Indianapolis-based, private philanthropic foundation, created in 1937 by members of the Lilly Family. In keeping with the wishes of the founding members, the Lilly Endowment exists to support the causes of education, religion and community development.

Since the program was first introduced in 1998, Lilly Endowment has remained steadfast in its belief that education at all levels is indispensable to the personal, civic and economic well-being of Indiana residents and communities.

The scholarships are the result of a statewide Lilly Endowment initiative to help raise the level of educational attainment in Indiana; increase awareness of the beneficial roles Indiana community foundations can play in their communities; and encourage and support the efforts of current and past Lilly Endowment Community Scholars to engage with each other and with Indiana business, governmental, educational, nonprofit and civic leaders to improve the quality of life in Indiana generally and in local communities throughout the state.