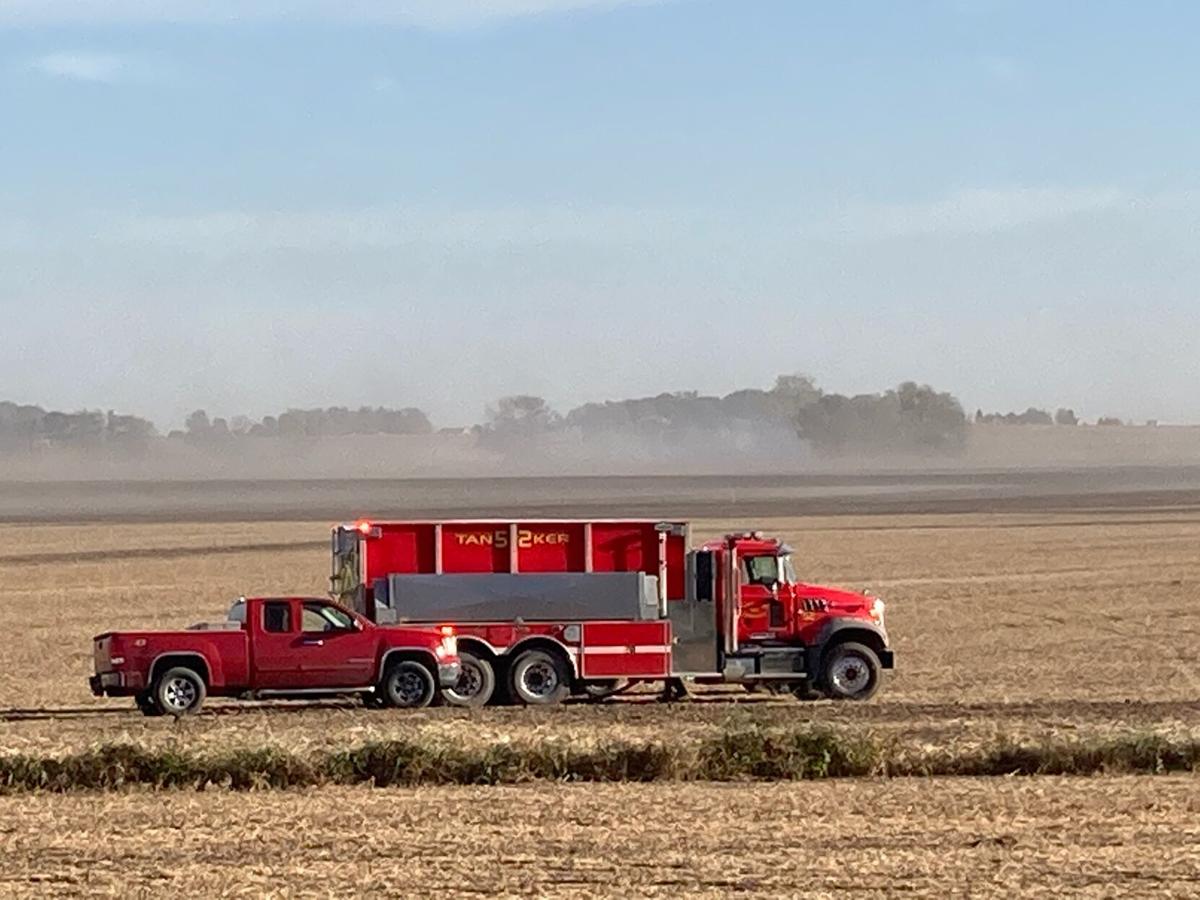 A water truck sits just south of Plainville as crews in the distance try to put out a massive field fire. 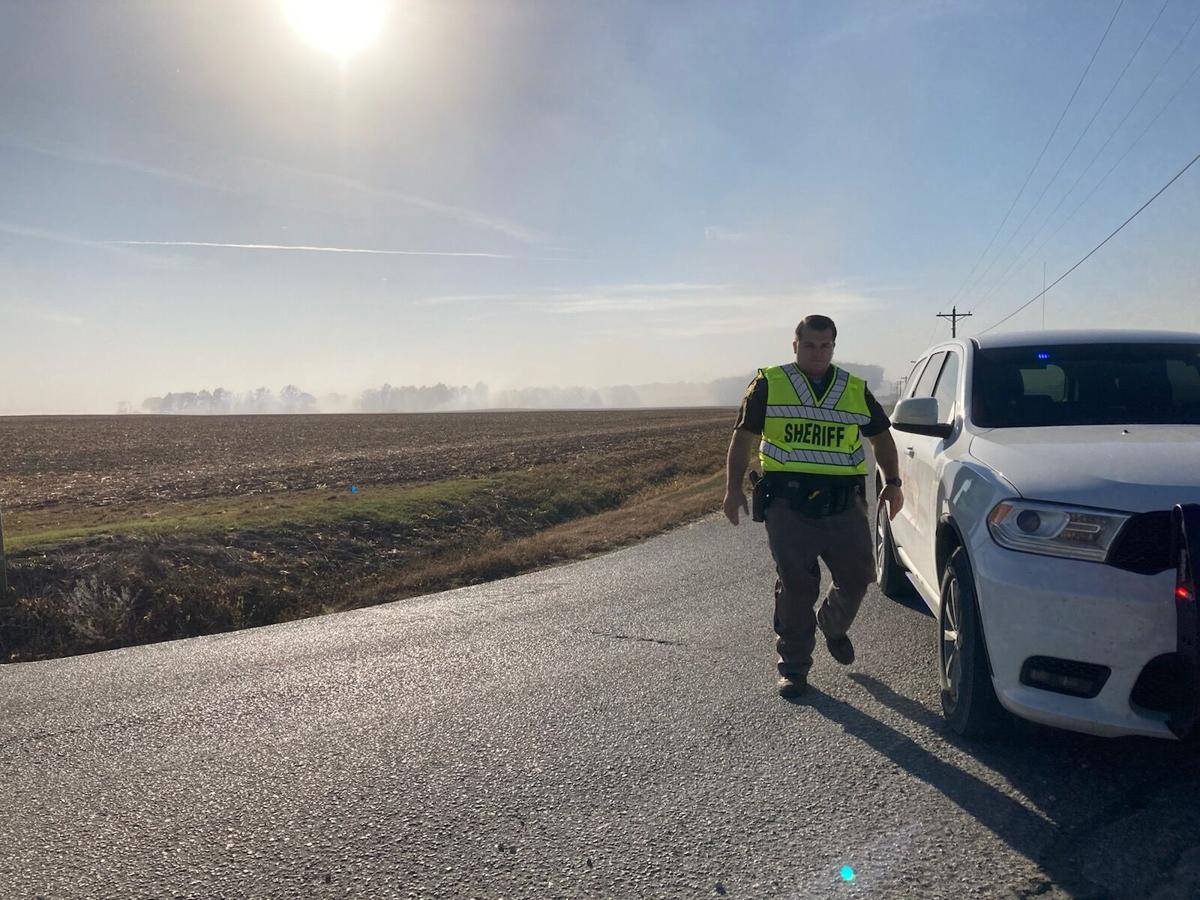 A Daviess County Deputy keeps traffic away from a field fire in the distance. 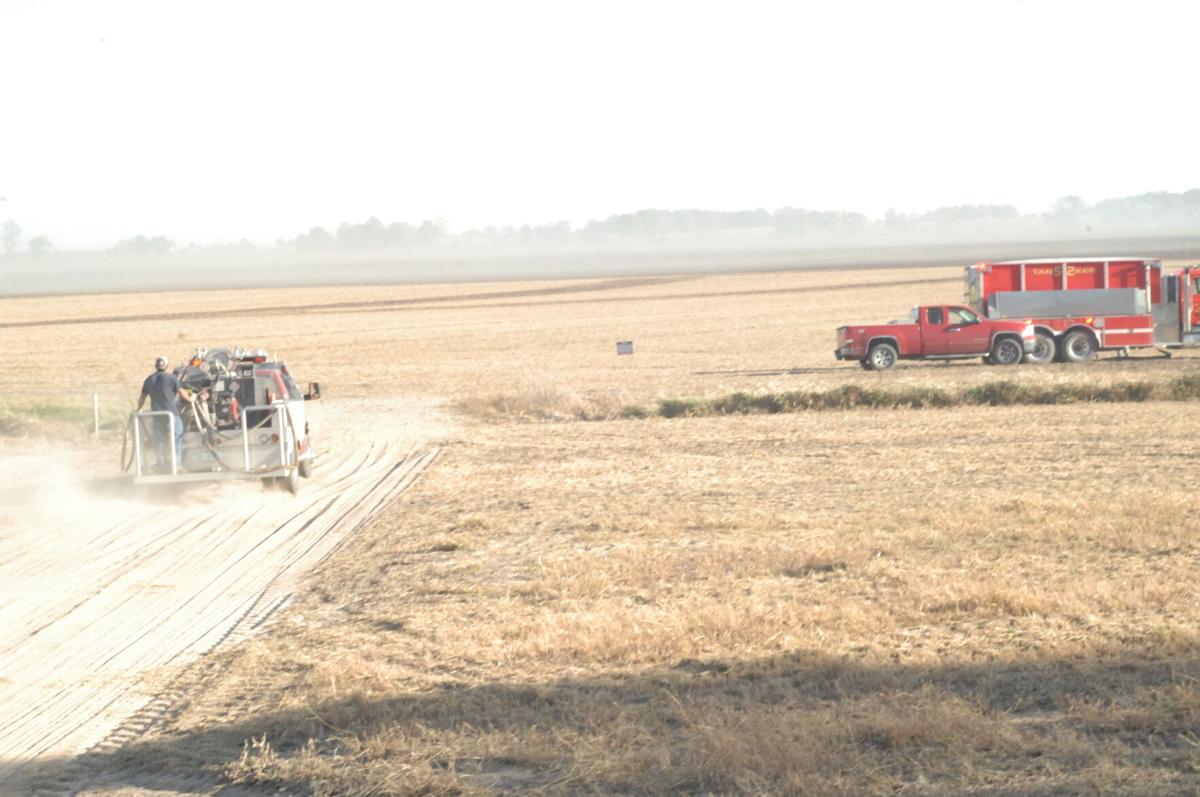 A Plainville Fire Department truck rolls out toward a field fire just south of the town, 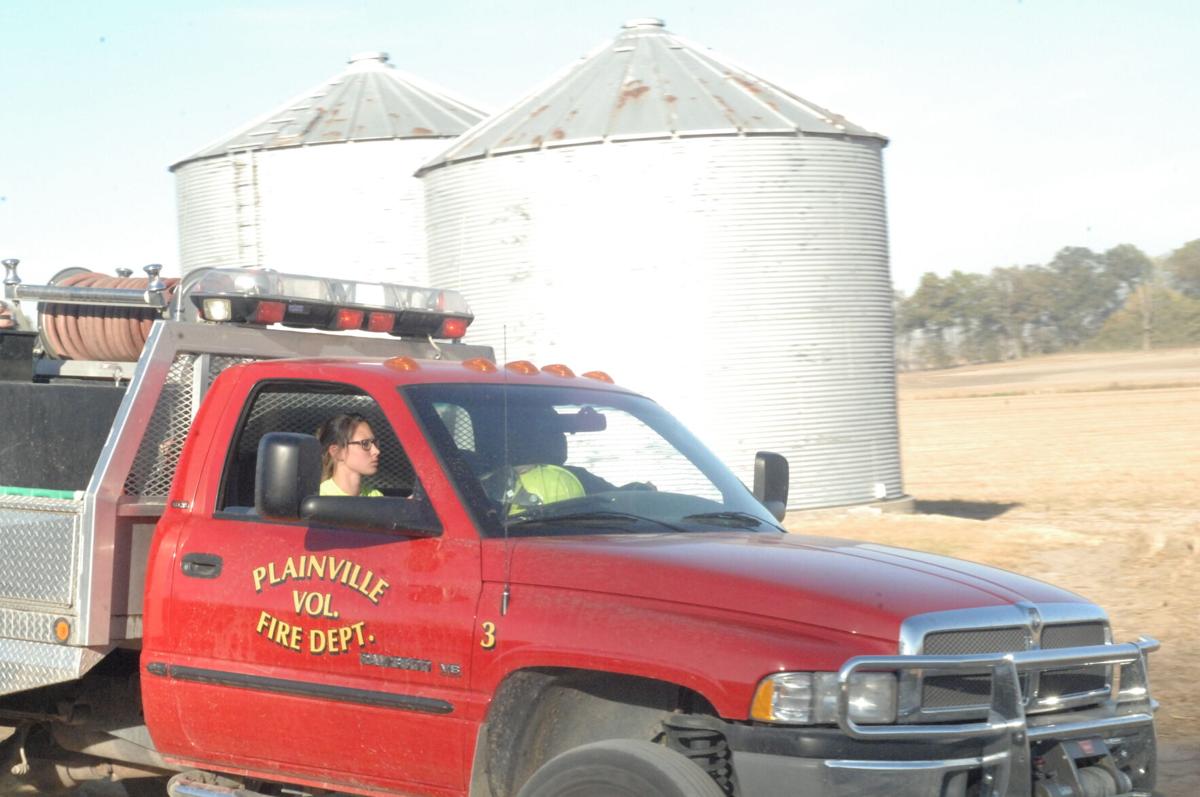 Firefighters respond to a massive field fire south of Plainville.

A water truck sits just south of Plainville as crews in the distance try to put out a massive field fire.

A Daviess County Deputy keeps traffic away from a field fire in the distance.

A Plainville Fire Department truck rolls out toward a field fire just south of the town,

Firefighters respond to a massive field fire south of Plainville.

Firefighters and farmers are working together to try and contain and put out a massive field fire north of Washington. At least six fire departments are on the scene of the fire.

The Daviess County Sheriff’s Department reports the fire was reported a little after 3 p.m. and was located about one-mile east of Harbstreit Hill and north of CR 675N.

"The fire stared with a combine that got a hot bearing and started spitting fire out of it," said Washington Township Fire Chief Tony Wichman.

The fire had taken off across the incredible dry fields in northern Daviess County, powered by a strong southerly wind. Inside of a couple of hours it had spread north about three miles to the southside of Plainville and fire crews were scrambling to keep the fire from getting into homes in its path.

Volunteer fire departments from Washington Township, Plainville, Elnora, Madison Township, Montgomery and Cannelburg were called out to help provide water and manpower to try and stop the blaze.

Farmers in the area could be seen on tractors pulling discs trying to put down a bare ground fire break to try and keep the fire from spreading.

At one point, Daviess County officials issued a CODE RED Alert to people in the path of the fire across the sparsely populated farming area.

“We need people to try and stay out of the area while the try to put this fire out,” said Daviess County Chief Deputy Steve Sturgis.

After almost four hours fire fighters got most of the fire that burned more than 300 acres under control, but still not out.

"Plainville Fire is watching some of the woods," said Wichman. "We brought in a dozer to try and build some fire lines along the woods. Our departments are not set up to fight a fire in the woods. We don't have the right equipment."

That fire was reported near U.S. 231 and CR 1650N. Fire crews from the Richland-Taylor Volunteer Fire Department in southeastern Greene County were responding to that call.

“So far we have had no reports of injuries,” said Sturgis.

Daviess County and much of western and southern Indiana have been under a burn ban for weeks. The weather service issued a fire warning for today due to high winds and the ongoing dry conditions in southern Indiana.