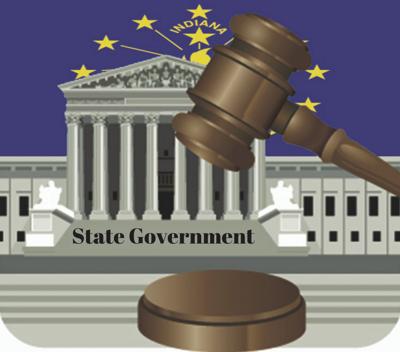 State Senator Eric Bassler has joined forces with State Representative Shane Lindauer to draft a resolution to the state law that has been tormenting Martin County cabin owners along the White River in Shoals.

"We’d like to lift the residential prohibition issue statewide," said Bassler, explaining that any cabin owner in an Indiana floodplain is at risk of the state Department of Natural Resources enforcing the law in its current state.

Residents who have attended their appeal hearings with the DNR have encountered no leniency despite presenting compelling cases and Bassler and Lindauer's involvement.

During a recent interview, Bassler emphasized the importance of river cabin owners throughout the state contacting their state representatives in January when the resolution begins its process through the Statehouse. Bassler warned that the one obstacle he fears might hold up the resolution is the insurance committee, due to the possibility of the resolution affecting flood insurance prices.

Cabin owners in Martin County continue to attend all local government meetings in hopes of finding a more expedient solution. At the July 1 Martin County Council meeting, its persistent request for the local governments to write an official letter to the state DNR was finally met with an agreement to sign and send a letter that the cabin owners provide.

At the July 2 County Commissioner’s meeting, Councilman Dan Gregory announced that he had drafted a letter that morning that he had submitted to county attorney Dave Lett to revise before sending it certified mail to the State DNR.

Gregory informed those in attendance that he’d emphasized the board’s disappointment in the discriminatory and harassing nature of the department’s selected enforcement in Martin County.

Cabin owners Tug and Shirley Beal from Lawrence County, north of Bedford, attended the meeting representing around 110 similar cabins that have yet to receive DNR notices because they fear they might be next and want to be sure they understand the process and outcome to better defend themselves if the need arises.

Bassler’s advice that every river cabin owner in the state of Indiana should try to remember to contact their state representatives in January imploring that they vote in favor of the resolution to protect future generations from encountering the same issue was reiterated toward the meeting’s end.

The next scheduled appeal hearing is set for July 30, and then the long wait to January begins with the possibility of cabin owners losing homes and accruing substantial fines.