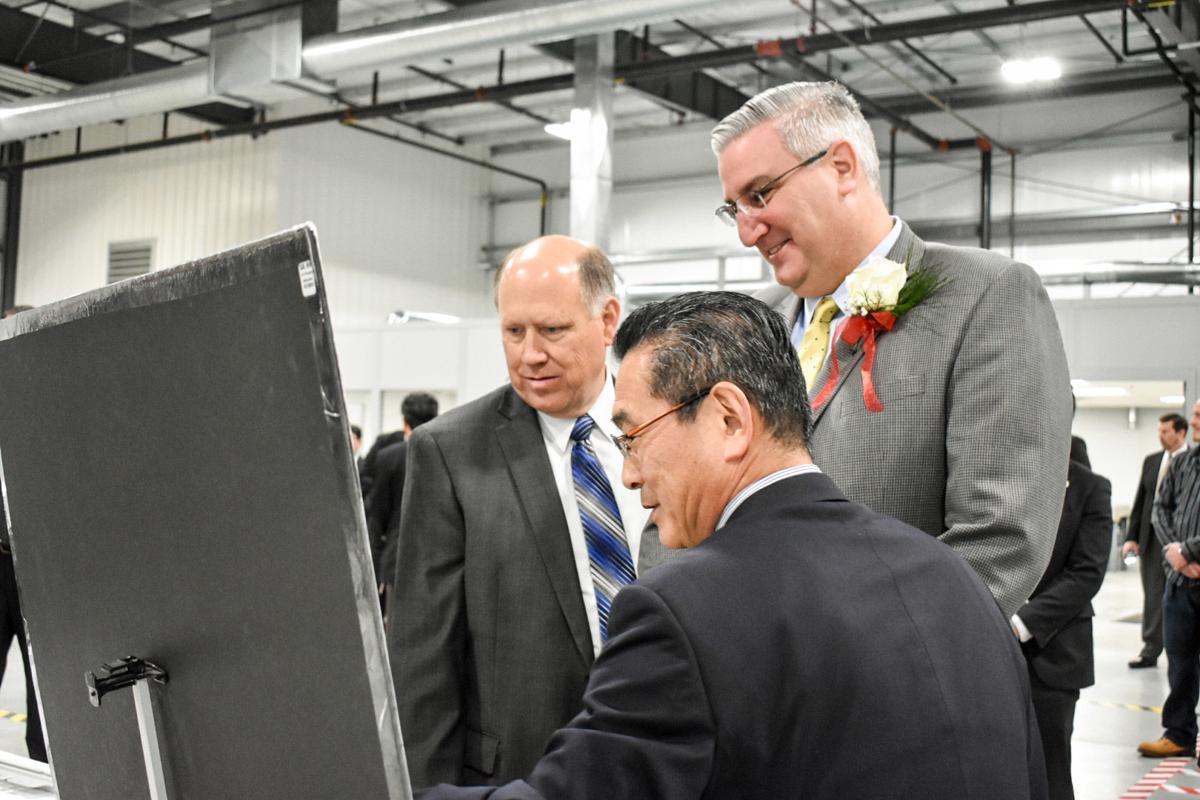 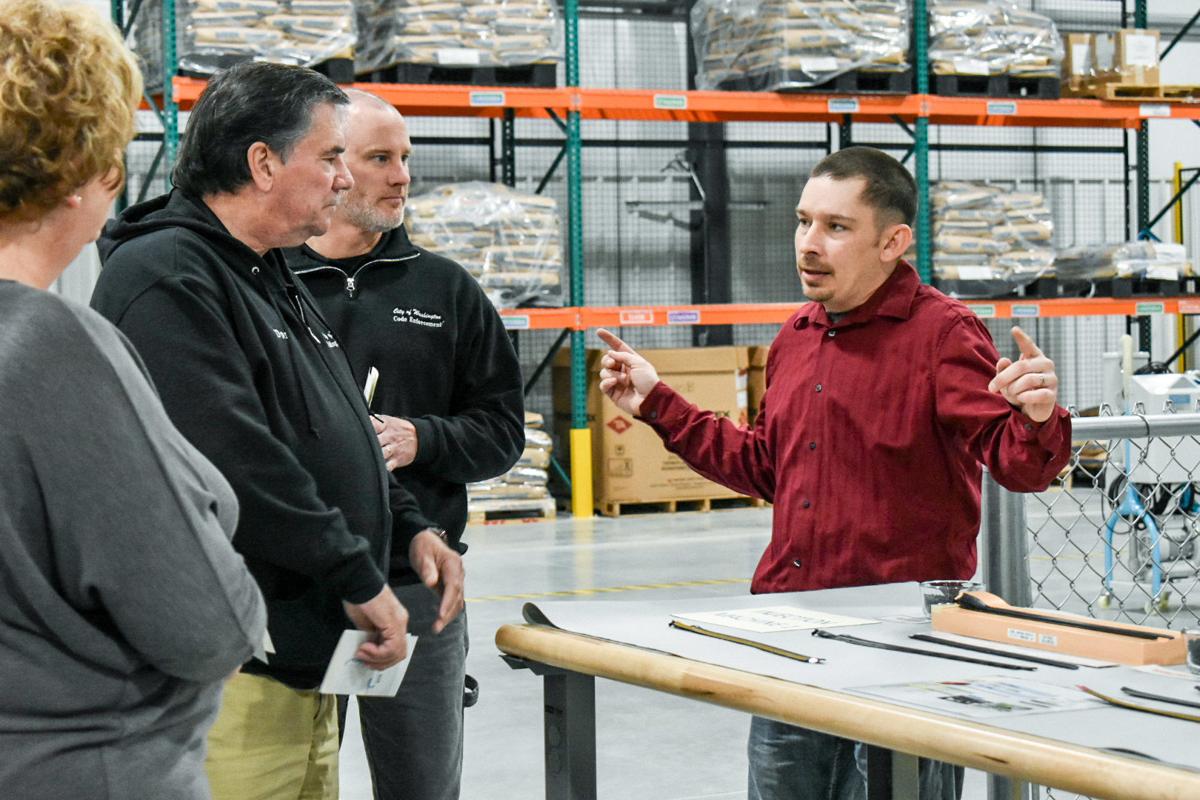 A crowd gathered Tuesday morning for plant tours and a ribbon cutting at Washington's new Japan-based M&C Tech Indiana, a manufacturer of automobile parts on the city's east side near Interstate 69.

A crowd gathered Tuesday morning for plant tours and a ribbon cutting at Washington's new Japan-based M&C Tech Indiana, a manufacturer of automobile parts on the city's east side near Interstate 69.

“To take our state to the next level, we have to take Indiana to the world and bring the world to Indiana,” said Gov. Holcomb. “That’s exactly what’s happening here in Washington, and I am thrilled M&C Tech recognized everything our state and the Daviess County community has to offer—including a top-notch workforce and strategic infrastructure investment. We look forward to witnessing their continued success and the good jobs they will create.”

“We see today’s official opening as the dawn of a new relationship between the city of Washington, Daviess County and our new friends in Japan,” said Mayor Wellman. “We are pleased to have this new opportunity to build a mutually rewarding relationship.”

Representing a joint venture between Moriroku Chemicals and Chubu Kagaku of Japan, the company has invested $4.6 million in developing a manufacturing facility for the production of plastic automotive components, including extrusion molding and light assembly of sunroof and door parts. To date M&C Tech Indiana has hired 15 employees. It plans to eventually expand to 70 employees.

“We are pleased at the welcome we have received from the people of Indiana and Washington, and thank Gov. Holcomb and Mayor Wellman for their support,” said M&C Tech Indiana President Ito. “We look forward to growing our company in the years ahead.”

Mayor Wellman traveled to Japan in February 2016 to meet with executives of Japanese companies, which included a specific visit to Moriroku Chemicals’ Tokyo headquarters. There the mayor invited executives to consider an expansion to the Washington area, citing the availability of I-69 as a supply chain and distribution advantage.

“The successful attraction and opening of M&C Tech Indiana in Washington represents strategic and collaborative work between many people in the region, especially including our elected officials like Mayor Wellman,” said Ron Arnold, executive director of the Daviess County Economic Development Corporation.

“We look forward to M&C Tech Indiana being the first of major successes associated with our development of the Exit 62 area of I-69.”

A few snow flurries on the first official day of spring didn't keep a large crowd from the ribbon cutting at M&C Tech Indiana, a manufactu…

John Garland Criswell, 37, of Washington, passed away Wednesday, Nov. 25, 2020, at St. Vincent Hospital in Evansville. John was born Sept. 25, 1983, in Washington, to Elizabeth (Aldrich) and Kenneth Clarke. He was a former member of the U.S. Army Reserves. He is survived by his mother and st…