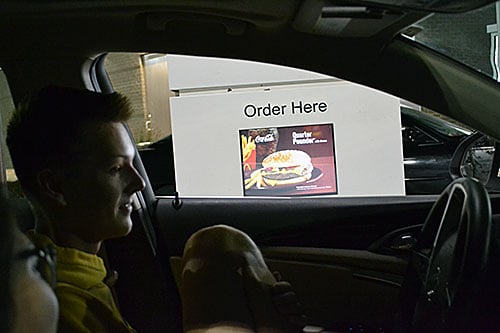 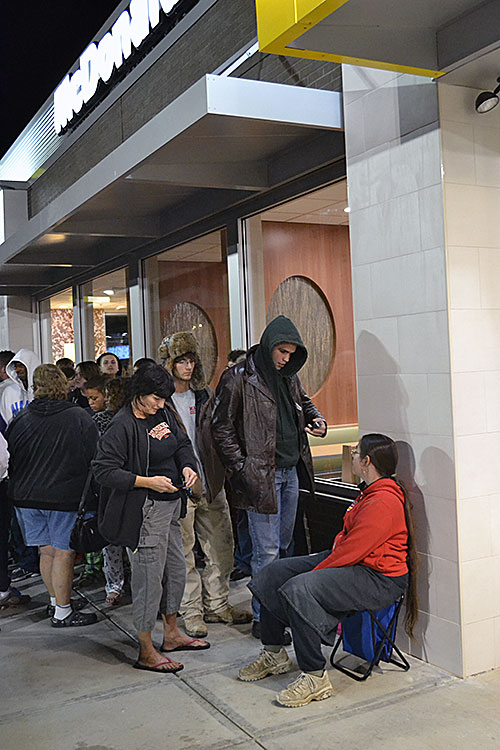 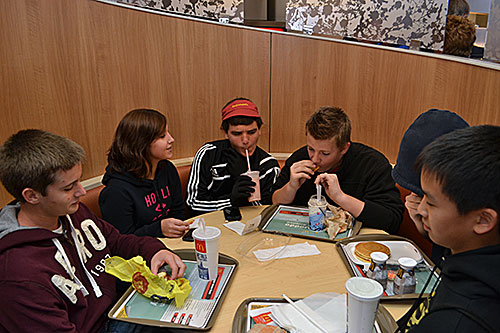 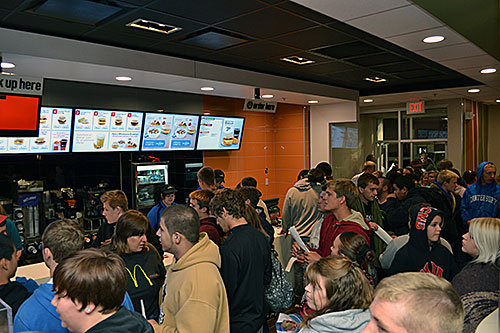 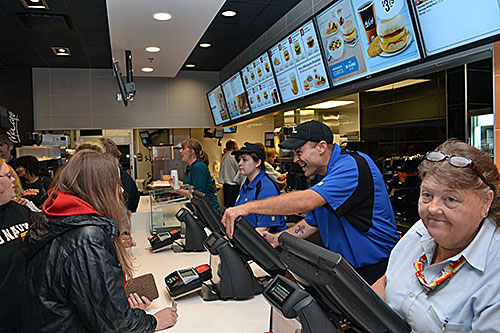 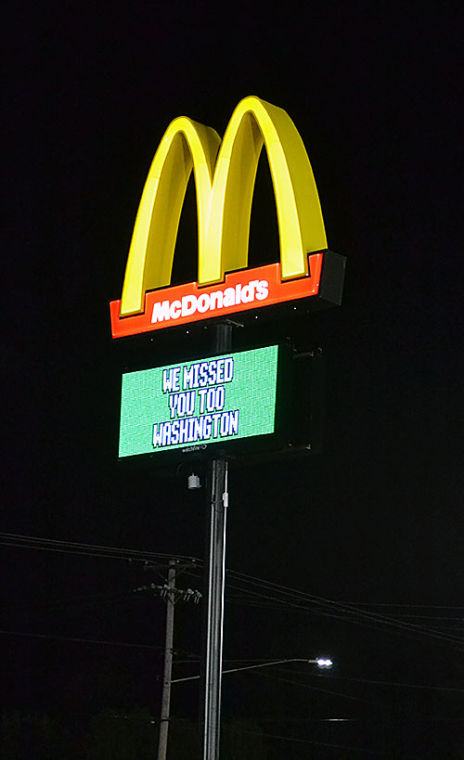 Over a hundred McDonald’s fans, mostly teenagers, braved the chilly weather for hours to be the first in the new Washington McDonald’s Wednesday morning.

And when the doors and the drive-thru opened at midnight, they were treated to a free Big Mac a week for a year coupons and a redesigned restaurant that got looks from many in attendance.

“They were putting the last sign up this afternoon,” Dylan Morris said.

Danielle Morris, along with her brother Dylan, were the first in line Wednesday. They had been waiting since 1:30 that afternoon, they said, but they really did not need to.

“We thought there would be a bunch of people,” Danielle Morris said. “That’s why we were here so early.”

The two passed the time by mostly reading, but became instant celebrities closer to the grand reopening. The crowd at the reopening were mostly teenagers who piled into friends’ cars and waited in line around 8 p.m.

Some waited in the drive-thru for an hour. The first car, another teenager, waited so long the battery on her Pontiac Grand Am died and needed a jump minutes before midnight.

The night did have some fireworks, mostly from an argument that stemmed from an adult and a parent of one of the teenagers. Nothing was physical but city police were called to assist in crowd control. An ambulance was later called for one involved in the argument who had a minor episode.

But other than the one hiccup, the doors opened on time and ready for business. Owner Wally Nowaskie had the Big Mac coupons in hand and most who waited received one.

Inside, the customers were treated to a redesigned building made from the ground up that resembled nothing like the one it replaced. This one has a more contemporary look, with more seating than the one before. A reported $3 million was spent on the new restaurant that will include double drive-thru lanes that will be open 24 hours a day.

The honor of the first sandwich went to Shelly Crooks, who bid $300 for the honor. The money will go to Ronald McDonald House.

Crooks, the wife of DLC Media owner and 8th District congressional candidate Dave Crooks, did so in memory of her daughter Shay Fischer. Shelly stayed at the Indianapolis Ronald McDonald House when Shay went through cancer treatments.  The first Big Mac was made at 10:30 a.m. Wednesday morning by Jim Pearson. He won an auction on WAMW-FM for the honor. His winning bid of $300 will also go to Ronald McDonald House. The restaurant will continue to have other contests and giveaways this week to celebrate the reopening.