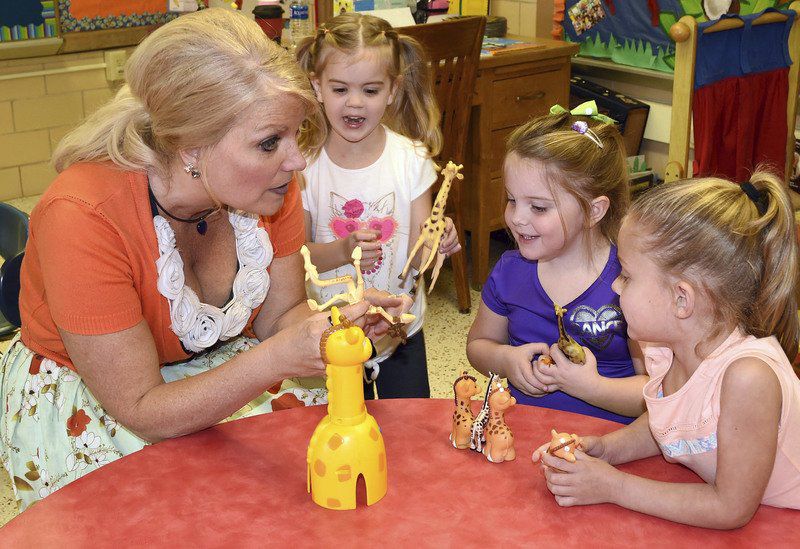 Above, Jane Seidel, director of the Washington Catholic Preschool and Cardinal Care, is pictured here doing what she love. Seidel had a kidney transplant in 2014. She is now hoping to find another donor and her classmates from the WHS Class of 1986 have some fundraisers planned to help offset expenses for Seidel and her donor. 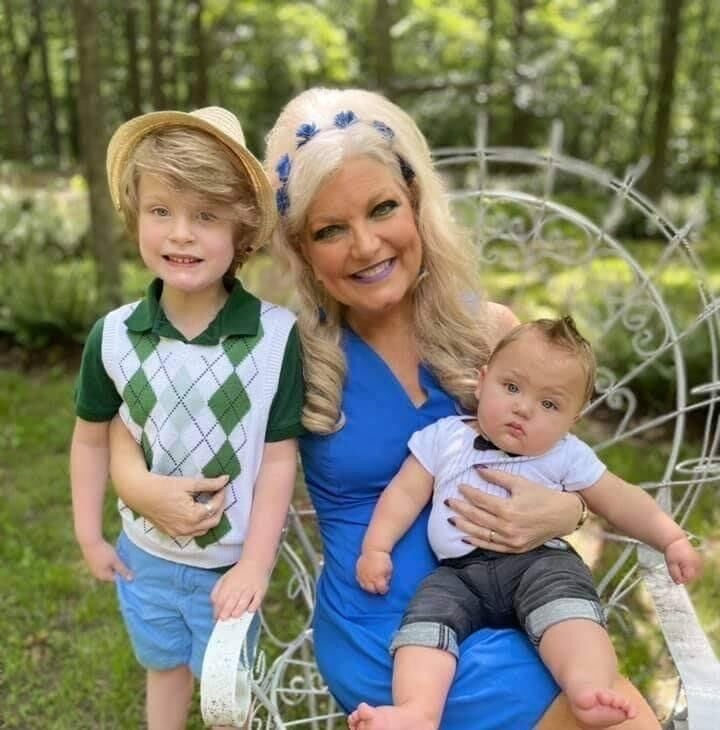 At right, Jane Seidel is pictured with her grandchildren Lynix and Greyson. Seidel is in need of a kidney transplant.

Above, Jane Seidel, director of the Washington Catholic Preschool and Cardinal Care, is pictured here doing what she love. Seidel had a kidney transplant in 2014. She is now hoping to find another donor and her classmates from the WHS Class of 1986 have some fundraisers planned to help offset expenses for Seidel and her donor.

At right, Jane Seidel is pictured with her grandchildren Lynix and Greyson. Seidel is in need of a kidney transplant.

Just over seven years ago, Jane Seidel, best known to many as Miss Jane, the beloved Washington Catholic Preschool director and teacher, received a new kidney after being diagnosed with Focal Segmental Gomerulscelosis.

That kidney came from Nakia Norton, the mother of one of Seidel’s former students, MonteLee.

“They told me when I received Nakia’s kidney that I would have it 7 to 10 years,” said Seidel who announced on social media earlier this year that she is now in need of another kidney. “I was so scared to tell Nakia I had killed her kidney. It was 7 years ago in July I received it and I just didn’t want to tell her.”

She didn’t have to though. Seidel’s daughter, Maddy, broke the news to Norton who understood.

The kidney was doing well until October of 2020 when Seidel contracted COVID-19 and ended up with a extended stay in the hospital that lasted into December.

“COVID just destroyed the rest of my kidney,” said Seidel, who went to a rehabilitation center where she had to relearn to eat and walk among others things again. She was also on oxygen while her lungs worked to recover from the virus. “It was just a battle. People tell me I beat COVID because I was strong but I don’t believe that. I think it was the prayers and the support I had.”

She returned home with the assistance of home health care but there were more hurdles in store for the always smiling teacher.

“I’ve developed hypertension and a brain disease that just keeps me from being able to focus or have the energy right now to do what I love to do,” she said, adding the hypertension keeps her blood pressure hovering around 180/100 and sent her back for another stay at IU Med earlier this year. “I’m also anemic and now have shots I give myself every other week.”

The two ailments have not only left her unable to work but also unable to drive but by transplant list standards she’s what they consider a “healthy sick person.”

“That’s because I’m not currently on dialysis,” she said.

Knowing a donor kidney would be needed and that Seidel’s rate of survival increases with a live donor, her son, Tyler, started the process to become a donor.

“A living donor raises the chances for survival to 99%. An organ from someone who passed away and was on the organ donation list, comes with a 95% rate,” she said.

Through the lengthy testing process, Tyler learned he has a genetic kidney syndrome and would not be able to donate.

“It was disappointing that he couldn’t donate but I’m so glad we found out that he has this because it’s something he will need to be treated for the rest of his life,” she said.

With Tyler being unable to donate, that means the search for a new kidney for Seidel is underway.

Seidel said more information on the process those wanting to donate go through can be found online at www.kidneyindiana.org.

“I will never know who applies or who starts the process to give a kidney unless they would tell me,” she said, even though someone may not be a match for her, they may be a match for someone else.

Through all the struggles, Seidel has never lost her positive outlook.

“I just want to be the Miss Jane I was,” she said. “I want that back. I felt so much better after the first transplant. When you give a kidney, you are really giving the gift of life.”

In an effort to help find a donor, Seidel’s graduating class has been working on fundraising and donor education efforts. During the Hatchet-Viking Thanksgiving eve game, purple Hershey Kisses will be sold with proceeds benefiting Seidel and her donor.

“We know that whoever Jane’s donor ends up being will also have expenses that will need to be covered,” said Susan Rohlman who is helping with the fundraising efforts. “We will also have information on becoming a donor available.”

Rohlman said on Dec. 4, a bake sale will also be held at the Bethel United Methodist Church craft show and vendor fair.

“Jane has given so much to this community. We just want to help her however we can,” said Rohlman who said other fundraisers are also in the works for next year.