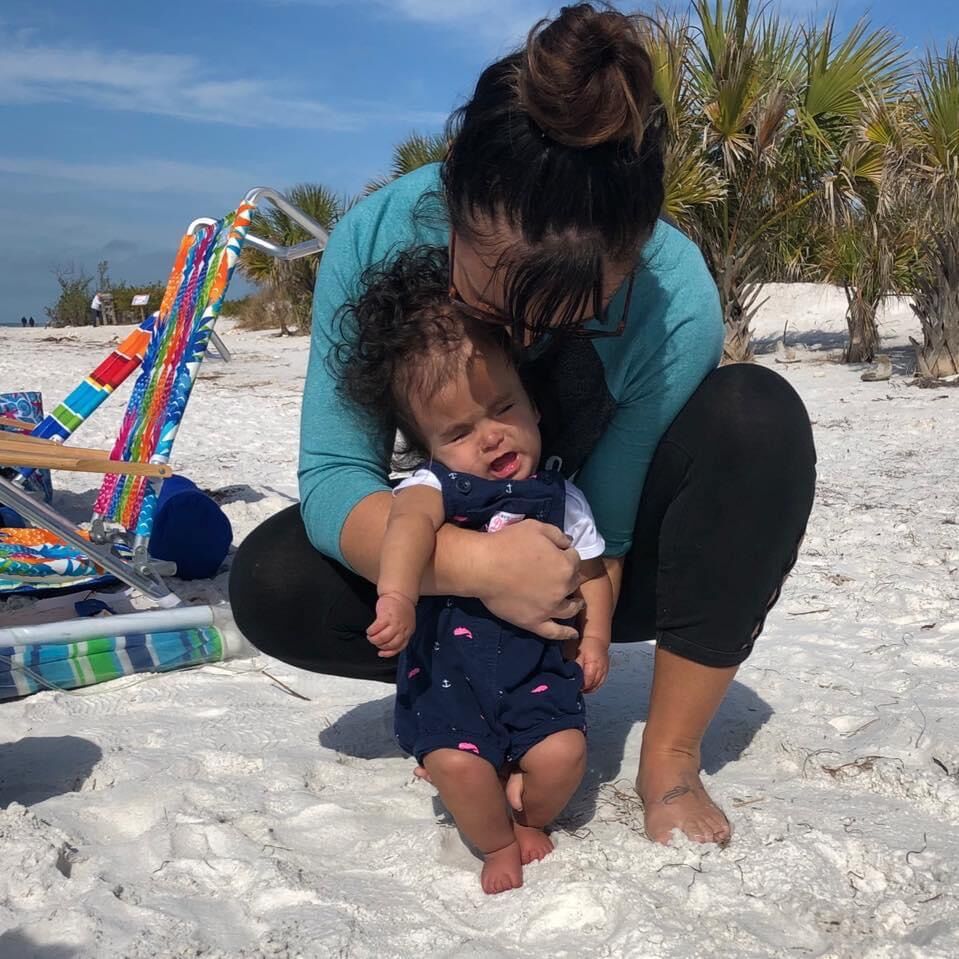 Christine McCollum helps her daughter, Tala Beth, sink her toes in the sand. Tala Beth has a rare disease called Walker-Warburg Syndrome. McCollum is hoping to raise awareness for Walker-Warburg Syndrome by participating in Rare Disease Day on Feb. 28. Those wanting to participate in the efforts can display a blue light in honor of Tala and others with the congenital disease. 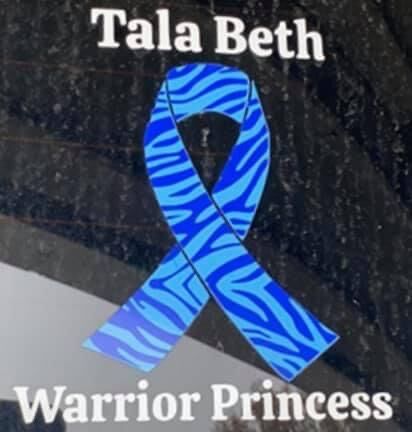 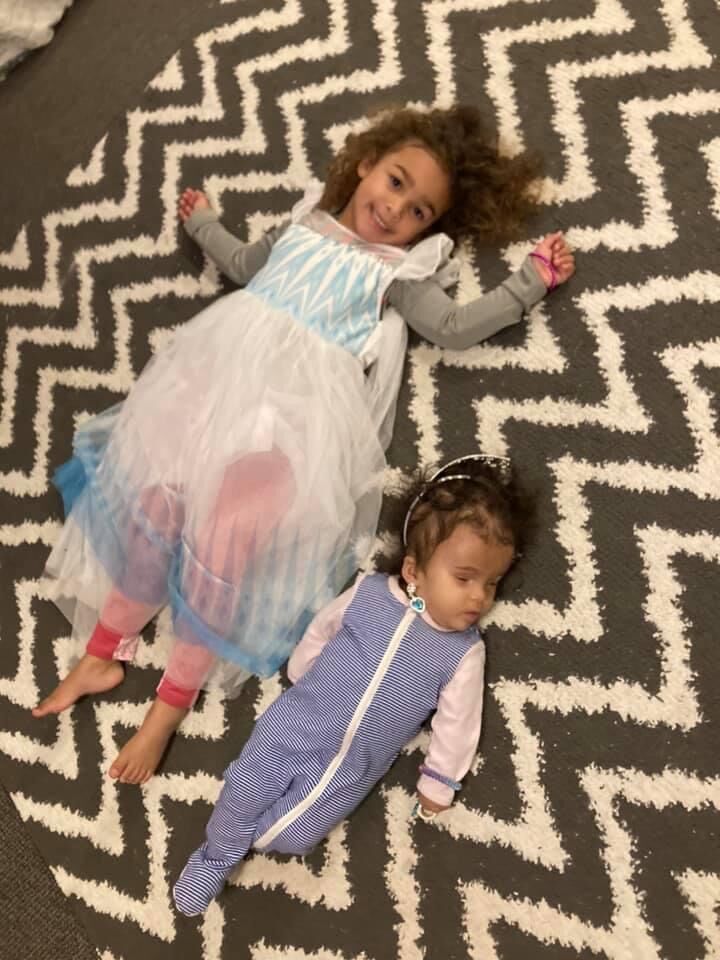 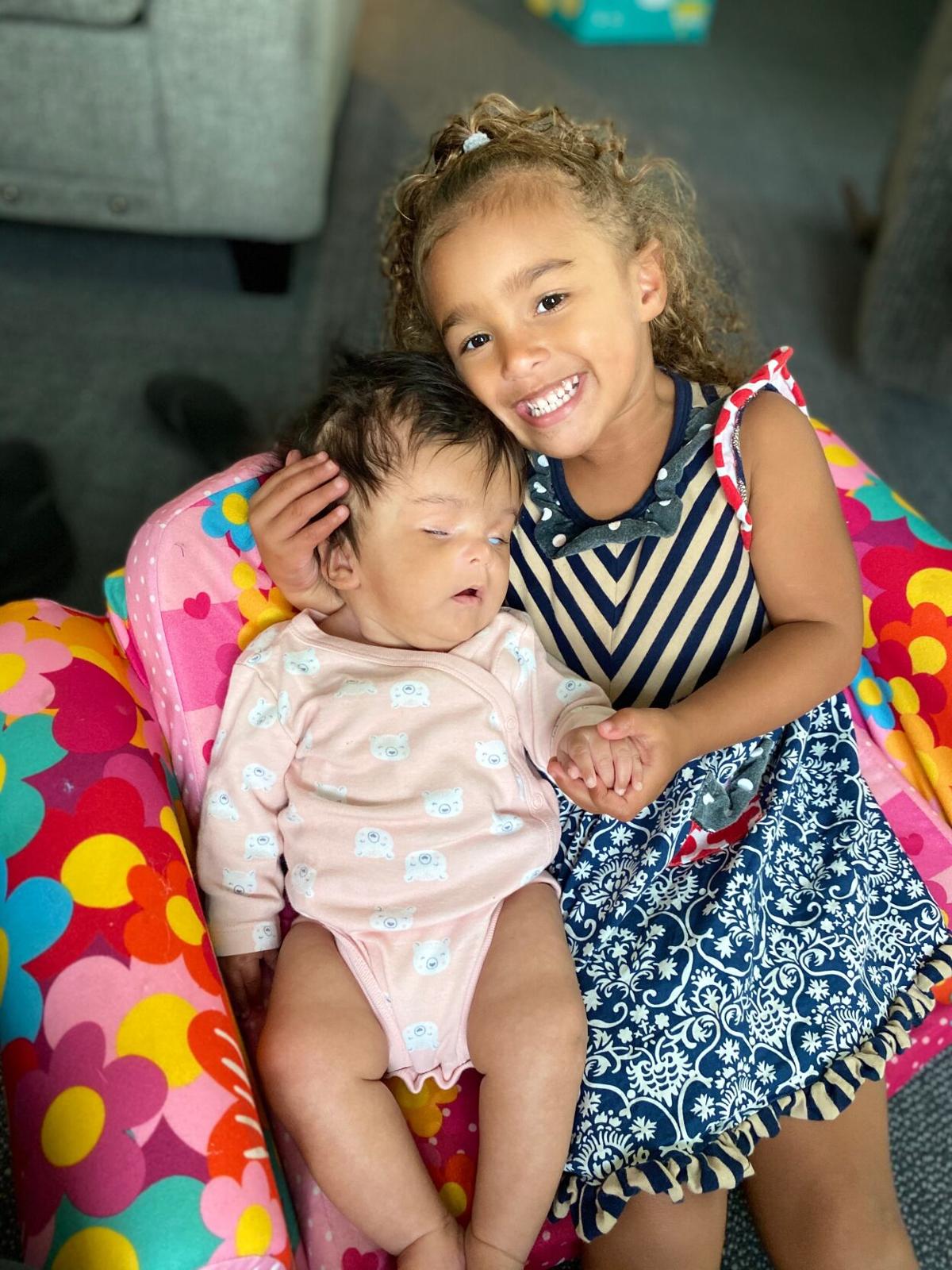 Tala Beth McCollum gets a little love from her sister Kai. Tala Beth, known by many as the warrior princess, may have some special needs but that hasn’t stopped her family from giving her as many experiences as possible.

Christine McCollum helps her daughter, Tala Beth, sink her toes in the sand. Tala Beth has a rare disease called Walker-Warburg Syndrome. McCollum is hoping to raise awareness for Walker-Warburg Syndrome by participating in Rare Disease Day on Feb. 28. Those wanting to participate in the efforts can display a blue light in honor of Tala and others with the congenital disease.

Tala Beth McCollum gets a little love from her sister Kai. Tala Beth, known by many as the warrior princess, may have some special needs but that hasn’t stopped her family from giving her as many experiences as possible.

Just a few weeks ago, Tala Beth McCollum laughed for the first time. When babies hit a milestone it’s exciting for all parents but learning something new is an even bigger deal when you have a child with a rare disease.

“It was the sweetest sound,” said Christine McCollum, Tala’s mother.

Tala, who will turn one in just over a month, was born with Walker-Warburg Syndrome — a type of congenital muscular dystrophy that is commonly known as muscle, eye and brain disease. The little blue-eyed Tala was born visually impaired. That was something McCollum didn’t find out until after her daughter’s birth.

“We learned at 18 weeks that she has some fluid on her brain and after some tests she was diagnosed with Dandy-Walker Syndrome. we knew she would spend some time in the NICU,” said McCollum. “It wasn’t until after she was born that we learned she actually has Walker-Warburg Syndrome.”

Walker-Warburg syndrome, McCollum said, doesn’t present the same in all children. Some, like Tala, have tiny eyes. Others have large eyes. There are also a lot of unknowns. It’s a rare disease that as few as 1 in 60,500 newborns around the world. Some children live only a short time with the disease that also causes weak muscle tone and others may live for a few years.

“We just don’t know but what I do know is I want to Tala to have the best life and know how much she is loved,” said McCollum, adding Tala receives physical therapy and visual therapy services to help her reach as many milestones as possible. “Tala is eating on her own. She eats baby food and pureed food. That’s a big thing because a lot Walker-Warburg babies have feeding tubes. She’s smiling and growing.”

Since Tala is visually impaired, McCollum said it’s trial and error sometimes to figure out what her little girl will react to. With the help of an adaptive little house Tala can get in, she can experience different sounds and textures too.

“She uses her eyebrows for a lot of her facial expressions,” said McCollum, who has started a bucket list for Tala to complete with her older sister, Kai.

Quite a few things have been checked off that list over the last several months. The girls flew on an airplane, visited the beach, fed dolphins, rode in a motorcycle sidecar, had a song composed just for Tala and went to a concert, among many other things.

Now McCollum has added something new to the bucket list. She wants to raise awareness for rare diseases like Walker-Warburg Syndrome.

While most diseases have an awareness ribbon, Walker-Warburg didn’t — at least not until McCollum and her family designed one in two shades of blue with zebra stripes.

“The light blue is for Dandy-Walker that Tala was diagnosed with before birth and the darker blue is for hydrocephalus. The zebra stripes represent rare disease,” said McCollum, who said has now started a petition to help make the ribbon officially the symbol of the disease.

Her efforts won’t stop there though. On Feb. 28, Rare Disease Day will be celebrated and McCollum hopes to see lights of blue lights turned on in honor of Walker-Warburg warriors and their families.

“I made a post in one of the Walker-Warburg parent groups I’m a part of asking if any of their communities do anything for Rare Disease Day. I didn’t get much response,” said McCollum who said since the disease is so rare, it’s been difficult to connect with others families with children who have the same diagnosis. “There’s just not a lot of support or awareness out there and I want to change that. If you Google Walker-Warburg, there’s just not a lot out there.”

“We would like people to post those photos to our Tala Beth page using the hashtag #WWSTalaBeth,” said McCollum who has also designed some signs commemorating the day that will be up for grabs to the highest bidder on Tala’s Facebook page.

It’s a small effort the McCollum said that can be very meaningful to families like hers and others coping with a rare disease diagnosis.

“If there’s someone out there looking for support, I want to be a voice they can find,” McCollum said.