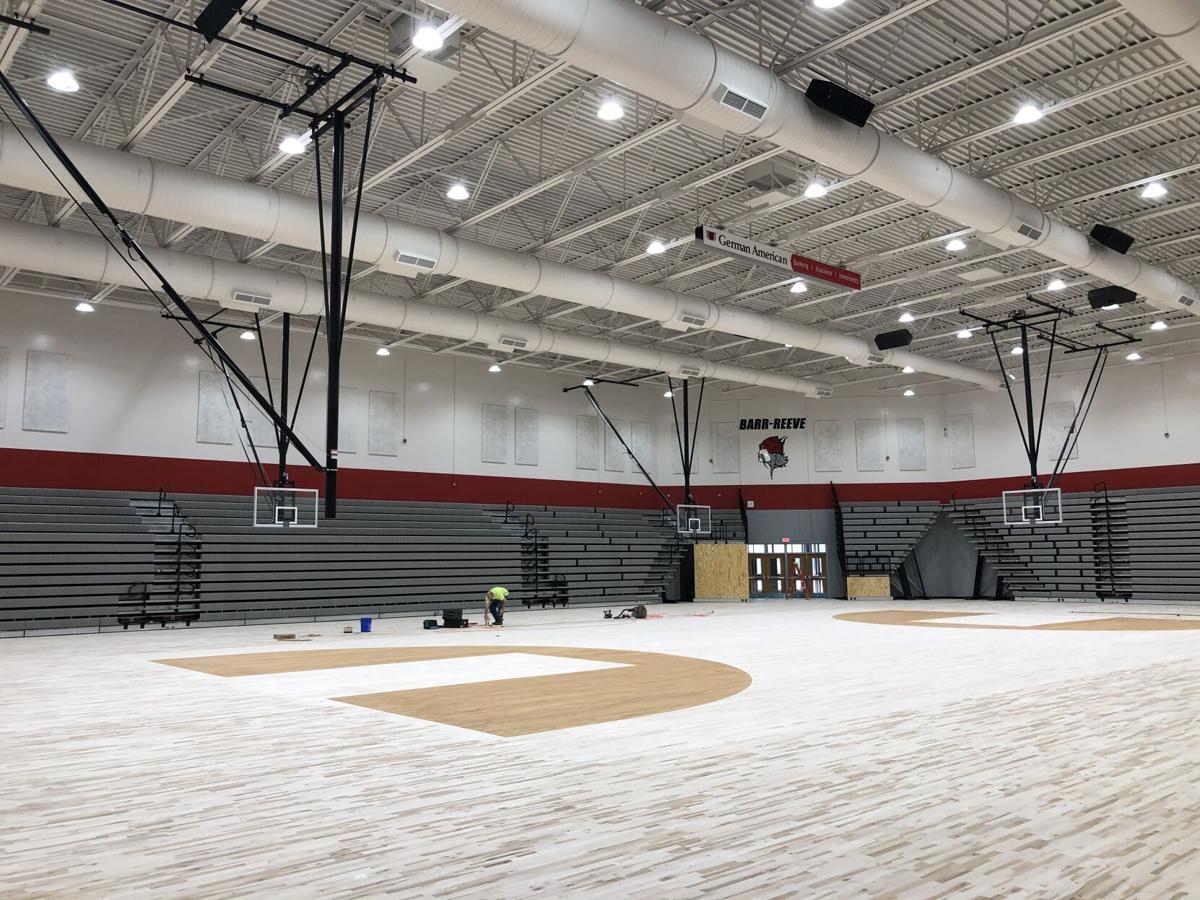 The new gym at Barr-Reeve gets closer to completion of the floor staining, painting and sealing will be one of the final steps. 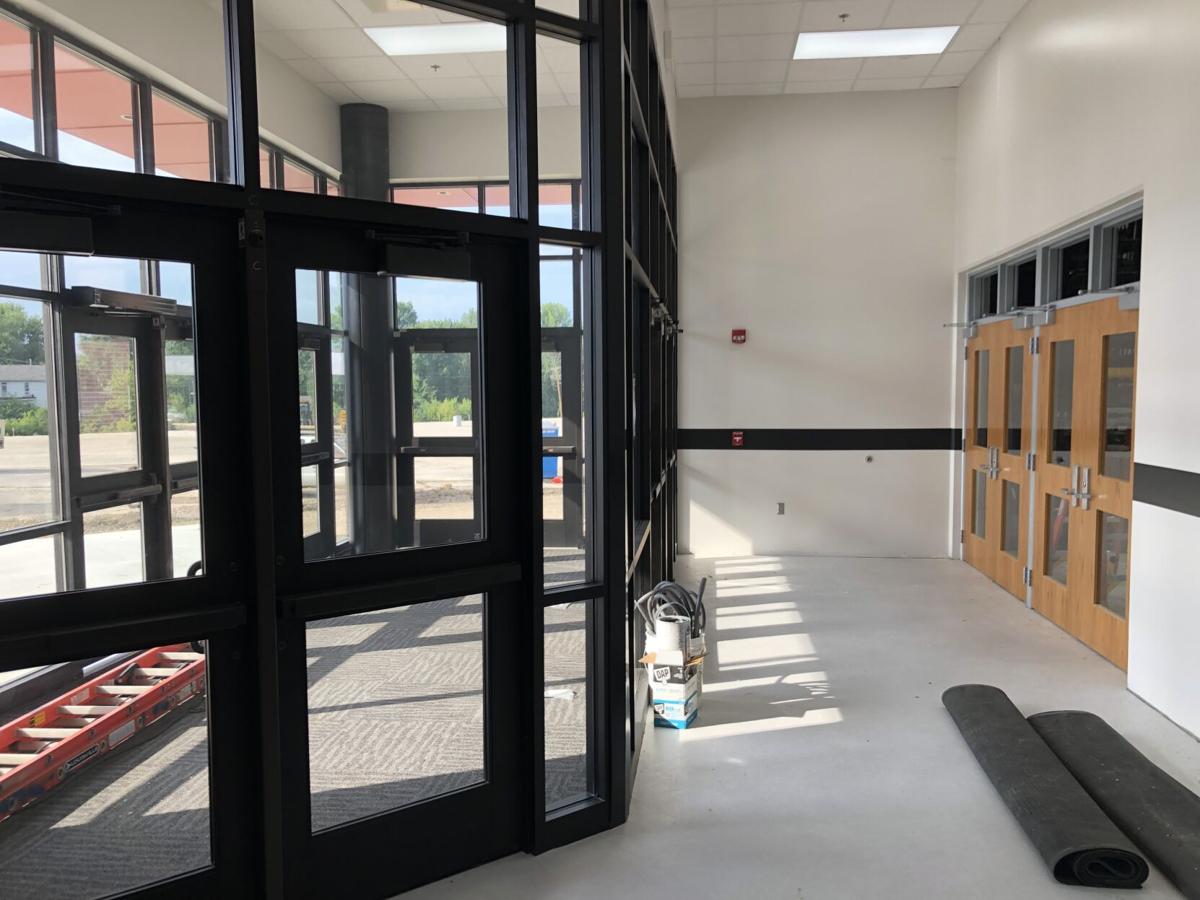 The new entry to new arena at Barr-Reeve.

The new gym at Barr-Reeve gets closer to completion of the floor staining, painting and sealing will be one of the final steps.

The new entry to new arena at Barr-Reeve.

MONTGOMERY — As volleyball season continues to creep nearer, the Barr-Reeve Lady Vikings also get closer and closer to having a new home to play in.

The new 3,000 seat yet unnamed Viking arena appears to be down to just some floor work and finishing items as the home opener with Forest Park draws near the Aug. 18 start.

Although the floor needs to be stained, painted and sealed, beyond that most smaller things are completed. Most of the classrooms in the new gyms are also getting closer to being done.

“The basketball goals need to be finished and there are trim items, but the floor is the last big thing in here. I think after that is done, we can get the volleyball team back in here,” said Barr-Reeve Athletic Director Aaron Ash.

“We have already had one event in here, 2020 graduation, and things looked really nice when the bleachers were pulled out. The way the corner bleachers come together at an angle, it gives it a very bowl-shaped arena look.

“We have been really happy with the way things have gone. We have a new digital scorer’s area that will have LCD displays for advertising.”

Ash added that some of the aesthetics still have to be completed.

“We have scoreboards that will be going up, along with a cable for banners. We have moved the flag display out of Kavanaugh Kourt and it is now at center court,” Ash added.

The band room, as well as other classrooms and locker rooms, are also getting close.

“The band room is really nice; you can see that with the exception of some missing trim, it is really close to being done. It will be so easy to move the band in and out of the gym now because it is right across the hall,” Ash said.

Ash was also able to show off the new basketball and volleyball coaches offices in the school and the new restrooms and locker rooms that can be used for PE or be used for additional team if Barr-Reeve is hosting a tourney.

The new front entry way is also complete, with the exception of the cosmetics touches that will tie it into the front entrance to the school, also designed by Rugged Saw.

There have been changes at former home Kavanaugh Kourt as well. Some of the floor bleachers on the south side of that venerable gym have been removed. A retractable stage has been added and a wall has been built above it that will eventually create additional storage. However, the facility will still have plenty of seating to be used for junior high games, as new lower seating has been added.

B-R will be working hard to get the gym ready for that first game, but even if all of the cosmetics and cleaning is not complete by that first game, the overall project will be one Viking fans will be proud of for a very long time.