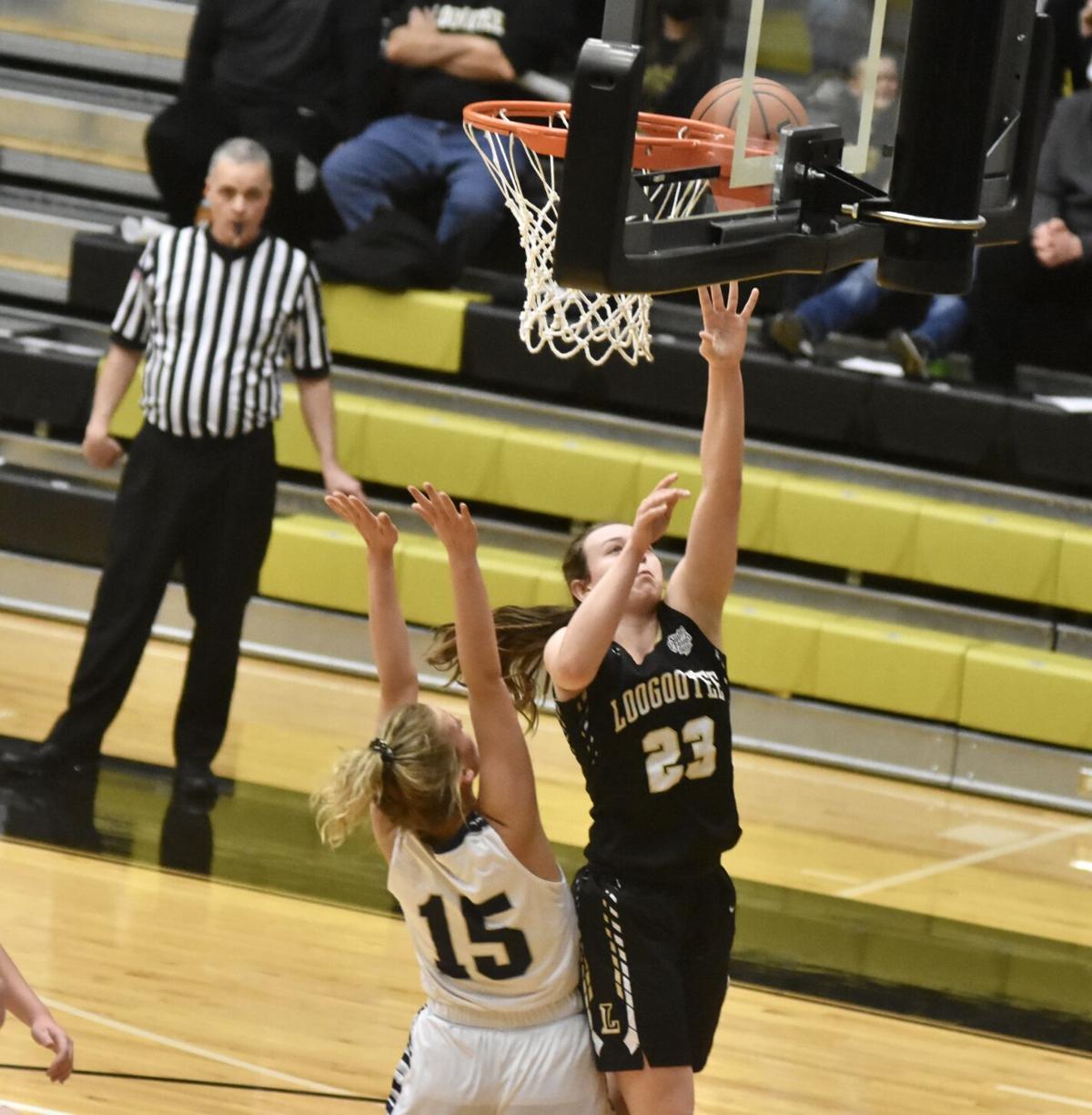 Kylie Van Hoy drives to the basket against GCA in Jasper on Saturday. 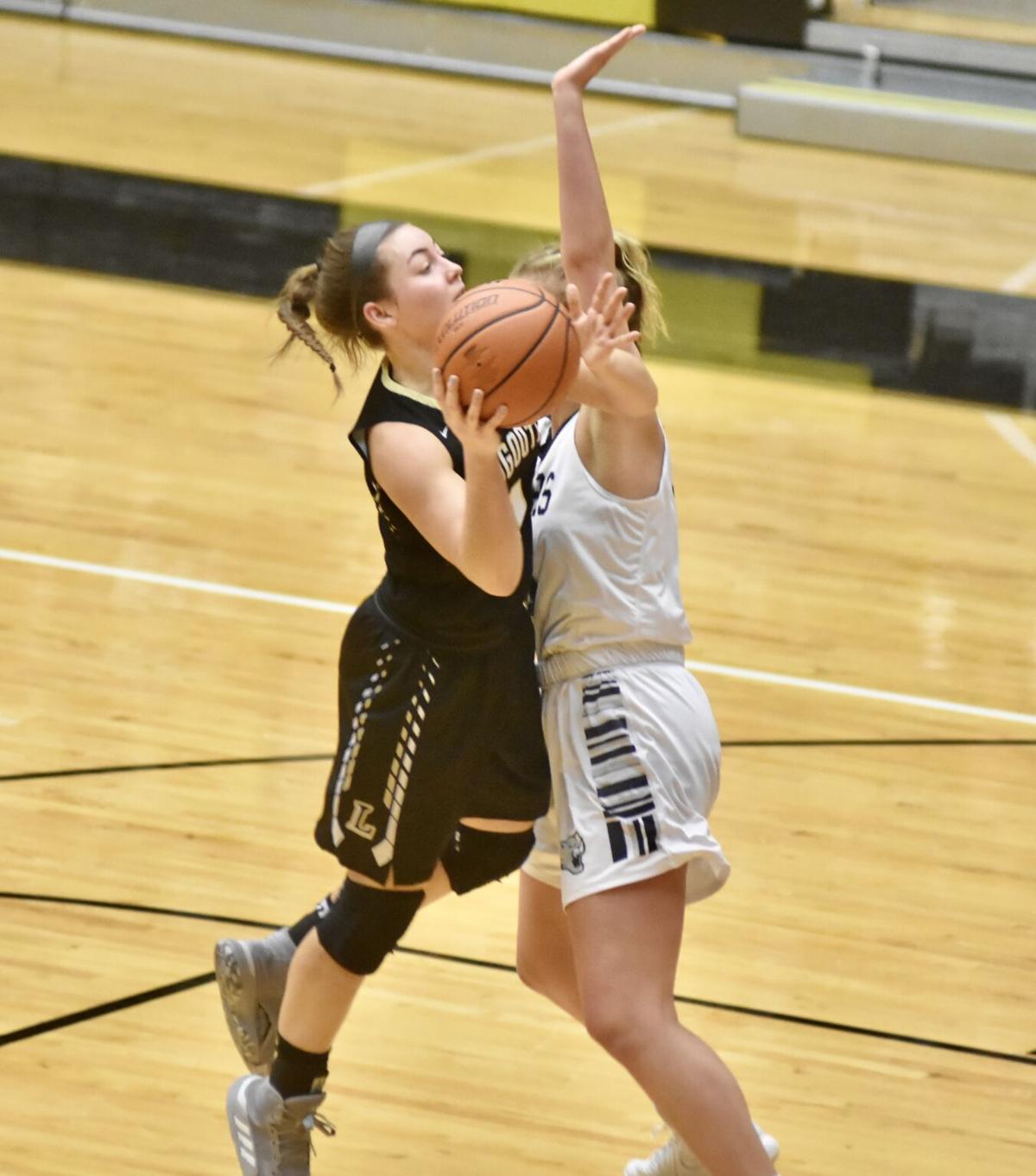 Kalea Fleming battles on her way to the basket on Saturday at the Jasper Semi-State. 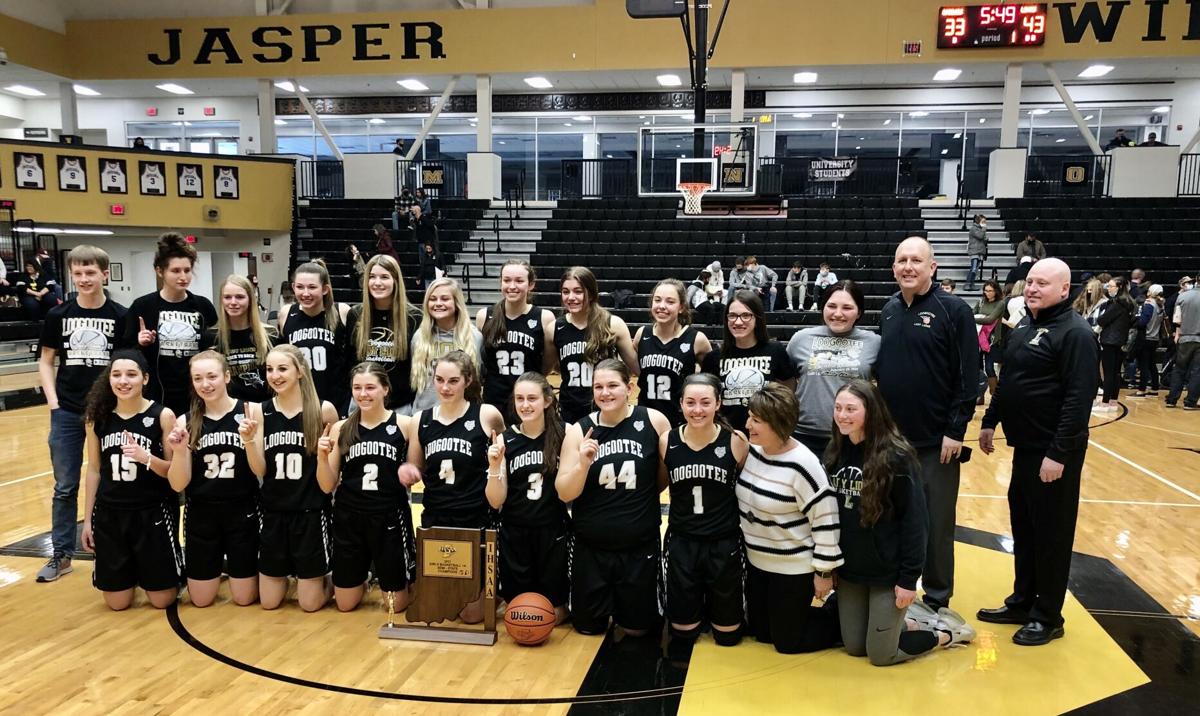 Kylie Van Hoy drives to the basket against GCA in Jasper on Saturday.

Kalea Fleming battles on her way to the basket on Saturday at the Jasper Semi-State.

JASPER – The Loogootee Lady Lions 2021 state championship “revisited” tour continued on Saturday in Jasper with a 43-33 semi-state championship rematch over Greenwood Christian. The Lady Lions now march back to Indy to face their 2020 opponent Pioneer, in yet another rematch from last season.

While on their way to the win, the Lions kept one of the state’s best, Isabella Reed, to just six points, and a team that had been averaging 65 points a game to just 33.

The Lions used lock-down defense and the balanced scoring of Kalea Fleming with 16 and 13 from Brooklynn Jones to find a away to beat GCA in spite of many in the state considering LHS the underdog.

“It was too close for comfort there at times, but I thought we kept our heads pretty good. And we just kind of thought through it and was able to get get some baskets. They got us in the bonus, and we were able to, we’re able to knock down our free throws at the end and get stops. We knew they had to go for 3s at the end,” said LHS coach Brian Smith.

“Reed was supposed to have a big game and they were predicted to beat us, but when we talked, we discussed a lot about Reed and her tendencies and and what she liked to do and I thought we actually executed almost to perfection.”

Jones picked up the first two Lion baskets and the Lion’s defense kept GCA off the board until 5:22, when Reed knocked down a trey. Fleming answered with a trey, followed by Makenzie Van Hoy who made 10-5. Jaelyn Walker added a trey for the Lions as LHS posted an eight-point lead, 13-5, which they would take into the second quarter.

A pair of 3-balls from Brooklyn Stubblefield cut the lead to 15-11, as the Lions took a timeout with 5:14 left in the half. Fleming immediately drove to the rim for a basket, but another GCA trey cut it to 17-14. Fleming continued to go hard to the basket, scoring LHS’s first six points of the quarter. After taking a minute off the clock, Jones scored the final basket of the half and the Lions cruised into the locker room with a 21-14 lead, as they held GCA’s leading scorer Reed to just five points.

The scoring ground to a halt in the opening minutes of the second half until Makenzie VanHoy scored at 5:11. Minutes continued to tick away, as the VanHoy bucket was the only scoring, until Reed scored with 2:30 left. Jones added a pair of free throws, but Stubblefied added the next five points along with a basket from Reed to cut it to 23-25. Jones did the final LHS scoring to make it 27-24 and putting the state finals just eight minutes away.

GCA cut it to two, but Kylie VanHoy answered to push it back to four early in the fourth. Reed tied the game at 29-all, but Jones put LHS back up 4:00 to play.

At 2:55 Fleming drove to the hoop to take the lead again, Kylie VanHoy added a basket and a five free throws from Fleming and three from Jones to create just enough room to send the lady Lions to Indy for the second straight year, 43-33.

Also scoring for LHS was Kylie VanHoy with six second-half points, Makenzie VanHoy with five and three from Walker rounded out the scoring. Stubblefield led GCA with 14.

“Kalea was getting to the rim like no one’s business. I thought Jaelyn gave us some great minutes and Kylie stepped up at the end when we really needed her. They’ve done it for four straight years. Right, I mean, it’s obviously going to be a group that’s never forgotten in Loogootee basketball history regardless of its boys or girls. It’s just something special and I’m never going to forget it, and I’m sure they won’t either,” said Smith.

LHS will take on Pioneer on Saturday.