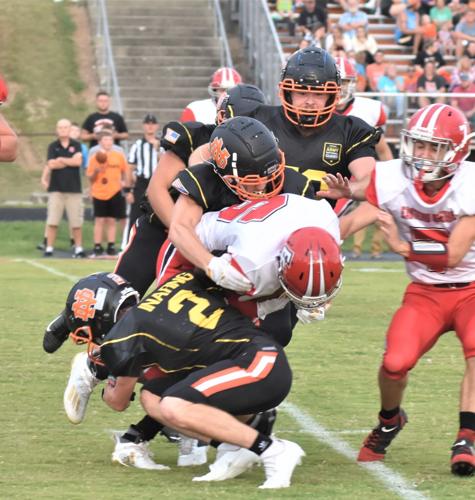 The Cougar defense has been solid all year, but will have a big test over the next two Fridays against Springs Valley. 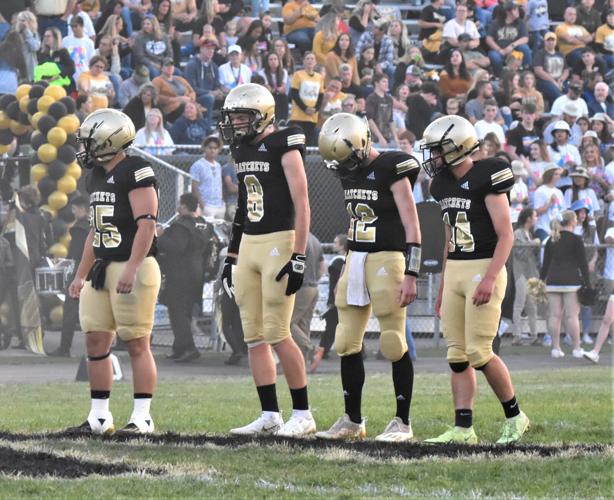 The Cougar defense has been solid all year, but will have a big test over the next two Fridays against Springs Valley.

The final week of the regular season will provide some tall tasks for both WHS and North Daviess. The Hatchets host 7-1 Mount Vernon, while ND takes on 6-1 Springs Valley. Both games will be Senior Nights.

They have picked up big wins against Heritage Hills, 5A Jeffersonville, Boonville and South Spencer, and they are averaging 32.8 points and giving up just 17.4. Last Friday, the Cats added a win over North Posey, 42-14.

The Cats are currently second in the PAC and second-year coach and former Southridge standout Luke Messmer is now 12-4.

Coach Joe Morris said that Mount Vernon is a very talented team and feels their staff has done a great job with them.

“Nicot Burnett is a very good quarterback and he threw for five touchdowns against us. Linebacker River Snodgrass is also very tough and defensive end Jaden Wilson is one of the best we will see,” said Morris. “We are going to use this week to compete and try to get better. We got Jamison Dwyer, Simon Parson and have a few others who will be getting back, so there are things we can work on to get ready for sectional.”

The Hatchets also received its sectional bid on Sunday and will face Edgewood for the second straight year. WHS defeated the Mustangs 32-16 last year on the red turf, and they come in currently 1-6, and they end their regular season with Brown County.

“We feel like we got a very good bracket and could possible play two in a row at home. I have split the season into three parts and hopefully we will have used those to get ready for sectional,” said Morris.

Kick off will be at Hatchet Hollow on Friday at 7:30 p.m.

The Cougars (4-4) will face Class A No. 9 Springs Valley in their season finale and then turn around and face Valley again in the sectional opener the following week. This is the fourth time since 2004 that the two teams have had back-to-back games.

Valley is coming off a win over Perry Central, 17-6 and guaranteed its first winning season since 2011.

Kannon Chase is the team’s leading rusher with 814 yards and 19 touchdowns, along with 313 yards in the air. Connor Grimes is also rushing for nearly 800 yards and has 11 touchdowns. Xander Cook and Eli Dixon are the two primary targets in the receiving corps.

“They are a team with great senior leadership. Their quarterback really makes their team go. They are not flashy, but very athletic,” said ND coach Trent Fine.

The Cougars started the year at 4-1, but lost the last three. They lost on Friday to a very good North Knox team, 28-18. The Cougs are still outscoring opponents 30/17.5 and with the exception of the loss to Linton, the other three losses have been close games.

Quarterback Brock Knepp will be replaced by Hunter Fine for one more week, but should begin to play again on Monday. Zo Jeffers continues to lead to lead the team in rushing with 687 and nine touchdowns. Coltyn McNabb also has 421 yards on 56 carries. Both Austin Webster and Hunter Fine have 19 catches each for ND.