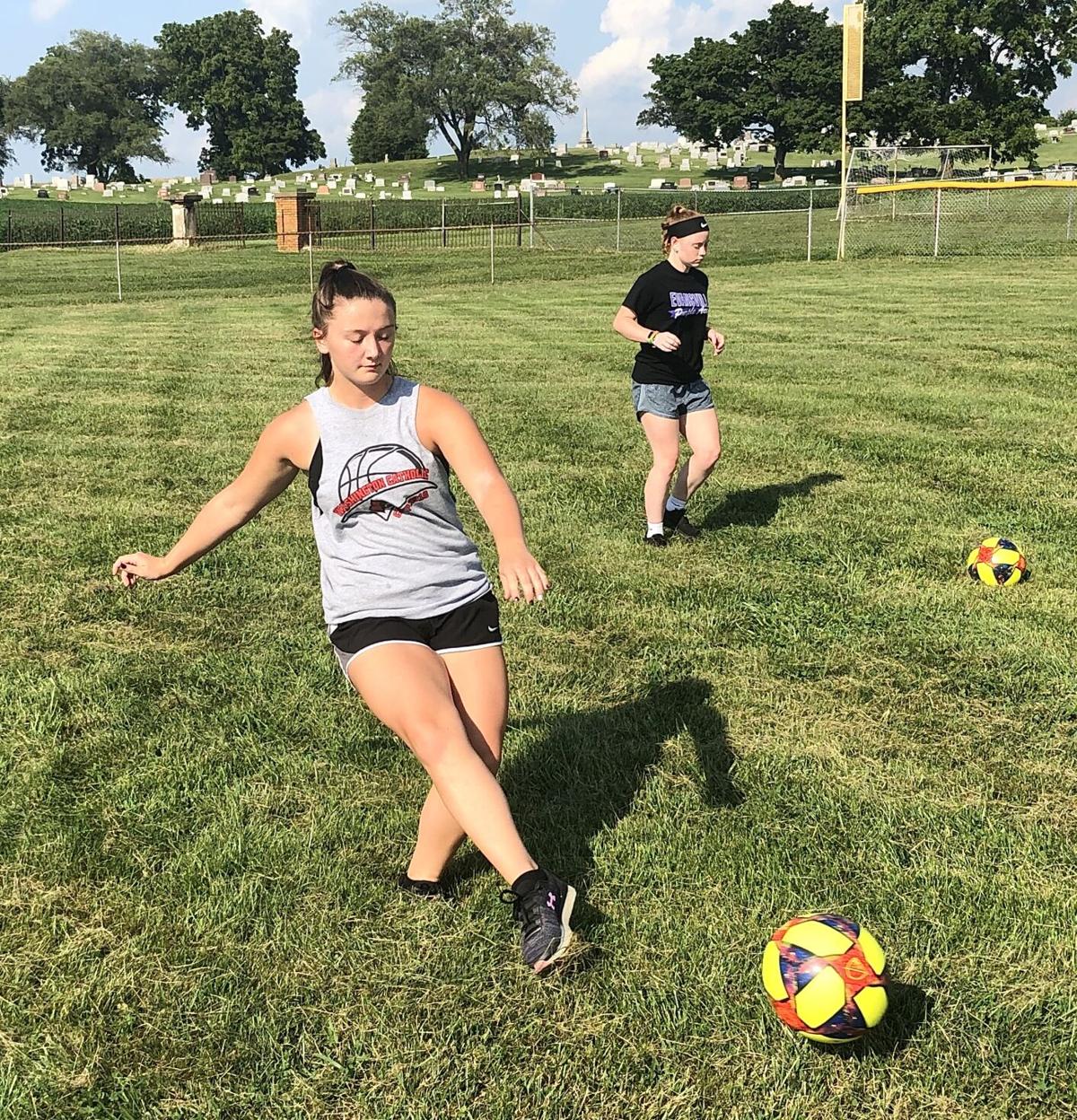 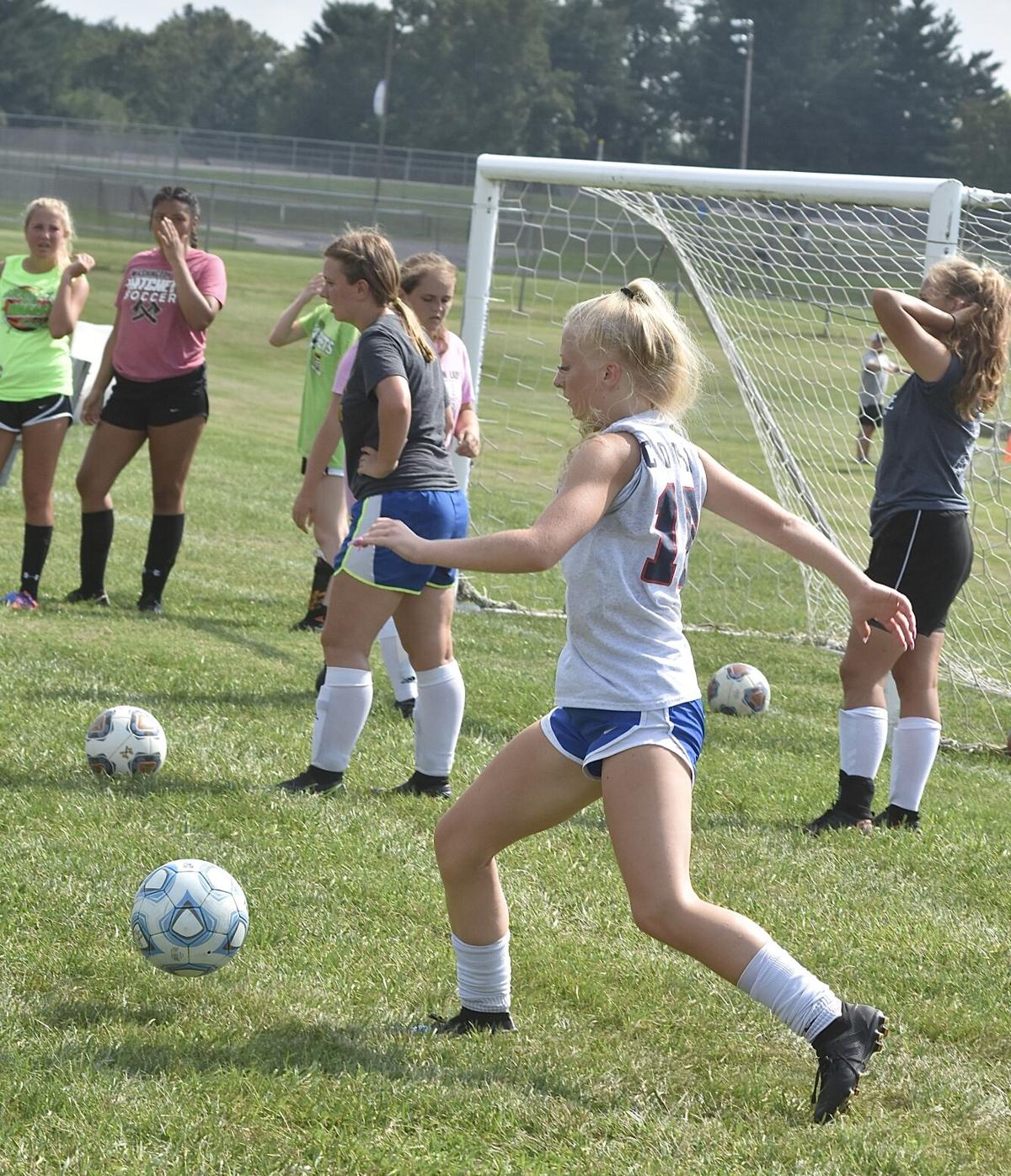 Area girls’ soccer teams look to build on success for both Washington and Washington Catholic from last year. Both Austin Deem at WC and Cody Chapman at Washington return a significant amount of experience from last season’s teams.

WHS moves into a new conference for 2020 and should see the number of wins move up as well. In 2019, the Lady Hatchets had to account for the loss of a lot of goal scoring due to graduation and found from a pair of freshmen in Emma Dant and Chloe Browning. This year, that pair is joined by Peyton Summers-Ponce.

There should be very few questions in goal as GiGi Revolorio will be standing between the pipes for the third straight year. Revolorio has been rock solid for the two previous years and is still just a junior.

Sydney Melton and Ellie Matteson both played significant amounts during their freshman seasons and their presence should continue to grow this year as well.

Haley Osmon and Jessica Hart will provide leadership, as will seniors Baylee Burkhardt and Daylee Devine.

“As of now, Emma is going to be at our striker position and we are going to rely on her for a lot of goals. Haley Osmon and Chloe Browning are going to be the anchors at our center-mid, along with Syd Melton. Peyton Summers-Ponce will be our wide right, while wide left will be by committee, but I think Caroline Kroeger will give us some big minutes out there,” said Chapman.

“Across the back will be Jessica Hart and Baylee Burkhart to anchor us, with Ellie Matteson and Macy Niehaus as outside backs. We have some good substitutes who will challenge, like Abby Mattingly who has given us good minutes and freshman Allison Hill will challenge for some time up top with Emma Dant.”

With the move to the PAC, WHS elected to keep Jasper and Vincennes on the schedule as they are both sectional opponents.

WHS will scrimmage on Thursday in Jasper, while they open the year on Saturday with Tell City (3:30) and South Spencer (11 a.m.). Other big games will include Hoosier Cup in Bloomington on Sept. 4 and 5, Jasper at home Sept. 21, with the Sectional beginning Oct. 6.

“We are just going to play every game like it is your last, because you just don’t know when the plug might get pulled. We are going to do our best to socially distance, follow the rules and do what’s necessary to keep playing. We are looking for some guidelines coming down from the IHSAA, but we encourage everyone to wear a mask and socially distance. Maybe keep a chair in the trunk, so you can really spread out,” said Chapman.

Austin Deem returns as the head coach of the Lady Cardinals for 2020. WC improved to 5-5-2 last season and looks to improve again this year.

“We will have some changes to our schedule this year. Due to some conference realignments, we will not be playing Pike Central, but we have picked up Evansville Christian,” said Deem. “There may be some others that we won’t play because of their numbers.”

The Lady Cardinals will have 18 players this year, the most Deem has had in his first three seasons as coach.

“We don’t have enough for a JV, but the increased numbers have allowed us to do a lot more full-field work.

“Last year I think we were better than our record. In fact, I’m really looking forward to playing some of those teams that beat us last year and getting another crack at them,” said Deem.

WC did lose its keeper to graduation, but Deem said that they have a freshman move up that they expect will be pretty good.

“Caitlyn Stevens is coming up from the eighth grade team and I think she will have a lot of minutes. We have a couple of others that we will be working on as back-ups as well,” said Deem.

Junior Alyssa Davidson is expected to be the sweeper in the back and has played that position for two years. Brenna Hunter will be the stopper.

Deem said the midfield will be led by Claire Fox and Ally Cline.

“They are both seniors and are smart soccer players. They both have good foot control, understand the game and have good tempo. They control the middle of the field and that allows us to attack. We will be relying on balanced scoring this year so we will have to get good distribution from the middle.

“Mya Cline and Ella Grissom will be up front, they are both fast and tough. Maritza Villagran-Cruz picked up tons and tons (of learning) last year, which was her first year playing and we will be looking for her to contribute and score a lot more,” said Deem.

“Molly Brown and Maggie Lee have worked so hard over the summer and they came to conditioning in really good shape. Their comfort level with the game has improved and they are making some really smart plays out there. Audrey Jerger is a freshman, and she has played mid and defense in the past. We have not really figured out where the freshmen are going to, but for right now, she will be a defensive mid.

“Margaret Bassler is a senior and is coming off a knee injury last year, she and Jayden Hoffman have really become vocal leaders this year. Jenny Lopez is another one who did a lot of running over the summer and came in in really good shape and her shot has really improved.”

WC opens with Princeton on Aug. 19 at Rees Field.