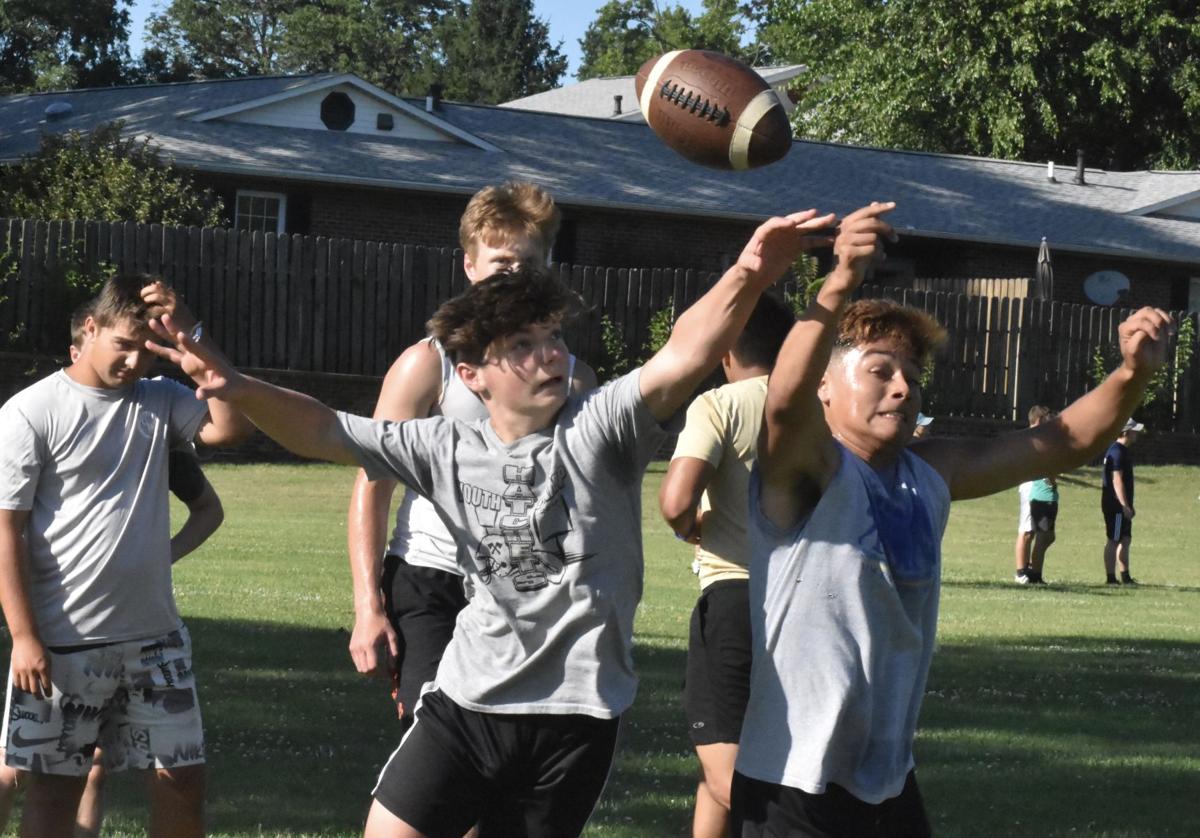 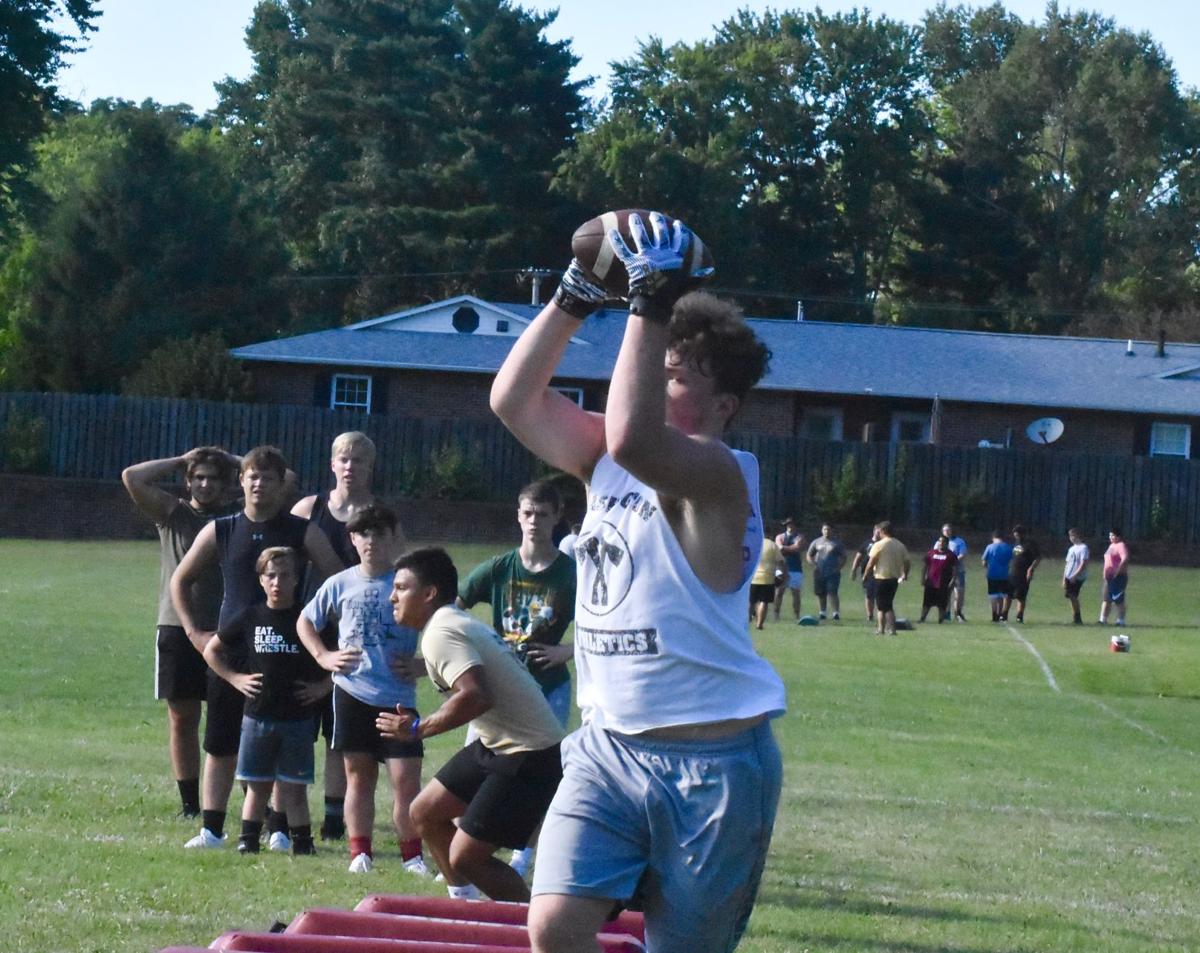 Hunter Strange catches a pace while Jayce Perkins works on his footwork.

Hunter Strange catches a pace while Jayce Perkins works on his footwork.

For the first time since being hired in February, Joe Morris got a chance to see his football team up close and personal — or should we say ‘personnel.’

Morris has now had three practice sessions with his squad of nearly 50 players, while he and his new crop of coaches have wasted no time since Phase 1 opened up practice on July 6.

Morris is proud of the coaching staff he has assembled, as most of them have either played college football or some other sport at the next level, or play high school football at a high level.

He has 12 coaches currently, each with an area of expertise. Morris said that Gary Isza will be running the offense, who like Morris was also a former UIndy player.

“He was a great player at Avon and was a former Mr. Football candidate. Gary has also done a great job with the youth program. He has got a lot of really good people who will be helping him. A lot of them have some really interesting stories. Steve Reed (current Hatchet varsity baseball coach) will be working with the quarterbacks; Dr. Thorne will be helping with running backs, Isza with receivers, along with T.J Frye and Aaron Cissell working with the line,” said Morris. “Cissell comes from a wrestling background which is great because he can teach the kids about leverage and how to use your body to help.”

Brandon Cook is also expected to help out with tight ends, while Tony Tinkel will work with special teams, and Alex Velazquez will be in charge of strength and conditioning.

Morris, a former linebacker for the Greyhounds and Hatchets, is going to take over as the defensive coordinator, and will have help from several former teammates at different spots.

“Mickey White was an all-state player here and he will help with linebackers. Rodney Latham was a great collegiate defensive back, and we have former Hatchet Jeff Harrawood, and Scott Cordova who played at Slippery Rock (Pa.) helping with our defensive linemen.

Morris was quick to point out that coaches will be more than just on-field assistants but also serve as mentors. Morris has David Peel as his director of football operations, as Morris wants the team to also be engaged in the community and classroom, as well as on the field.

“We want this to be more like a college program, and we want our junior high to run more like a high school program so kids will be ready to make the transition to high school,” added Morris.

Morris has been happy with the numbers so far, but believes they will continue to increase over the next few weeks.

“We have been averaging just under 50 players, but we think we will be at 60-plus as the year begins. We are picking up people every day, but we know there are still people who have made plans for other things, or still may be on vacation, but we are expecting the number to grow,” said Morris.

“We have Austin Stowell leading our junior high program and he has 10 people helping him. We had 36 players at the parents’ call-out, but a lot of junior high players don’t come out until school gets back.”

Morris is concerned that things could change quickly as the COVID pandemic stays hot.

“We are preparing for a full season and that Aug. 21 date with Boonville to start the year, but we realize anything could happen before them,” said Morris. “I’m a little worried about that game with Mount Carmel (Ill.) early in the year because it looks like Illinois may go in a different direction with fall sports and its expectations, but all we can do prepare and get ready.”

James M. "Chade" Osborne, 57, of Loogootee, passed away Sunday, Aug. 9, 2020, at his home. He was born July 11, 1963, in Jasper, Indiana, to the late James M. Sr. and Elloise (Roberts) Osborne. Chade enjoyed fishing and being outdoors. He is preceded in death by his parents; brother James Ed…