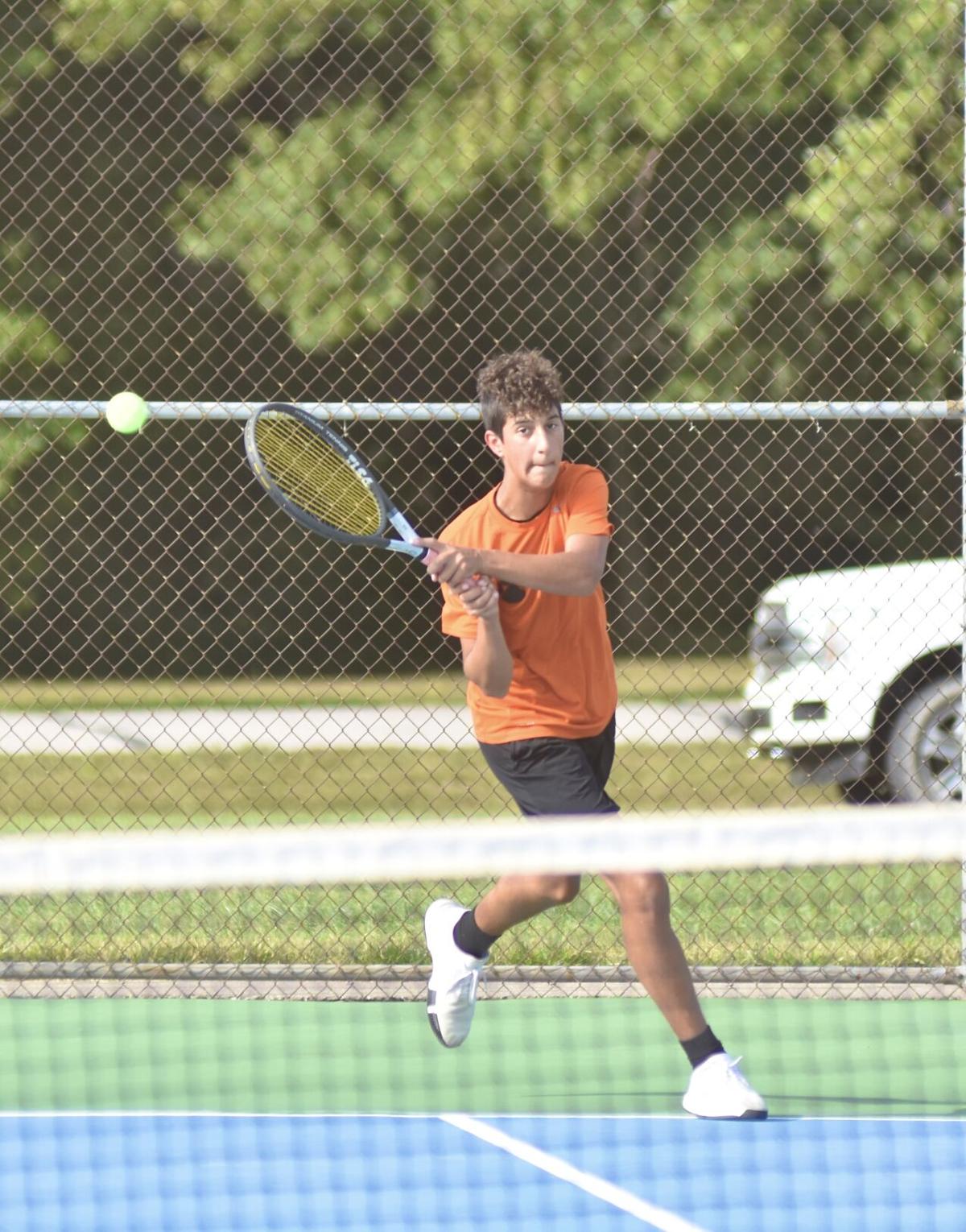 Cougar No. 3 Colin Kemp plays at Lena Dunn against Washington on Monday. 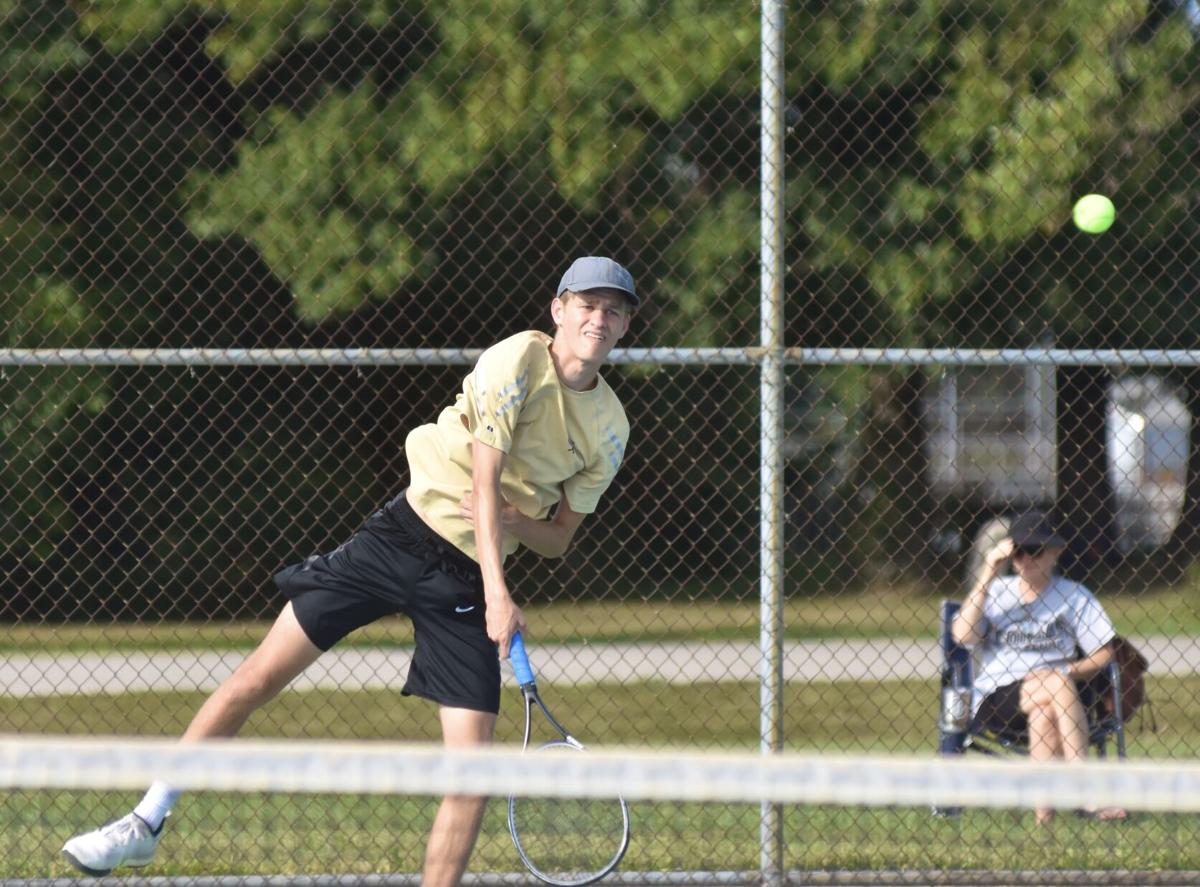 Washington's Owen Gray returns a shot in his No. 3 singles match against North Daviess.

Cougar No. 3 Colin Kemp plays at Lena Dunn against Washington on Monday.

Washington's Owen Gray returns a shot in his No. 3 singles match against North Daviess.

The Washington Hatchets added a 4-1 win to their 2020 season as they defeated North Daviess at Lena Dunn on Monday.

The match featured two Daviess County teams, that have both produced outstanding seasons to date. However, it would be the Hatchets that took the battle between the northern and southern county foes.

The lone Cougar win came from No. 1 singles as Jaylen Mullen went 6-1 and 6-0 to defeat Washington’s Zach Gray, giving Mullen wins over each of the area’s No. 1s.

In doubles, Hatchets Caleb Armstrong and Jaylyn Rook defeated Brooks Helms and Marcus Britton, 3 and 4, while Gunnar Jones and Brycen Neidigh defeated Cougars Cam Sassano and Breck Bryrer, 6-4 and 6-0 for the 4-1 win.

"We had a good match against a strong team in North Daviess. This was a nice team victory.  This was our first real test since changing the lineup," said WHS coach Jason Johnston.

"I feel good about where we are, however much improvement is needed if we are going to make a deep run in the postseason. Currently the team is 11-2 and undefeated in the conference (6-0). We have five matches this week and three next week before sectionals.