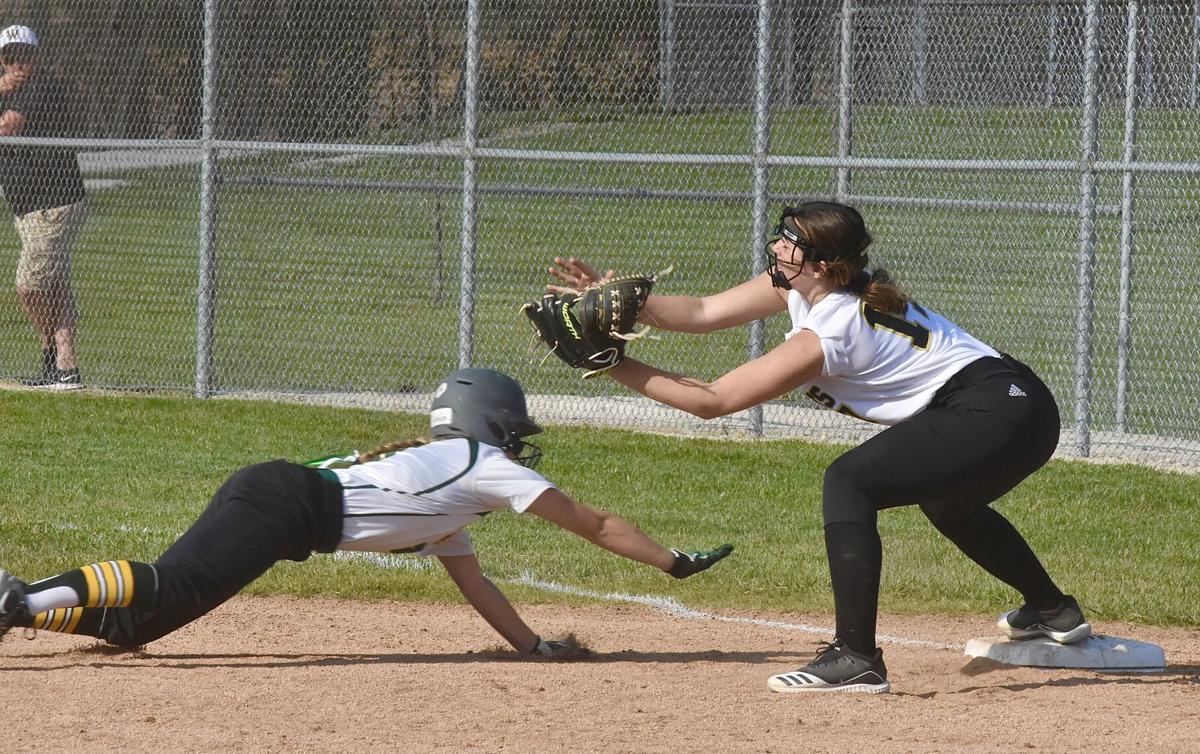 Washington's Ellie Reed puts a tag on a Forest Park runner on Tuesday. 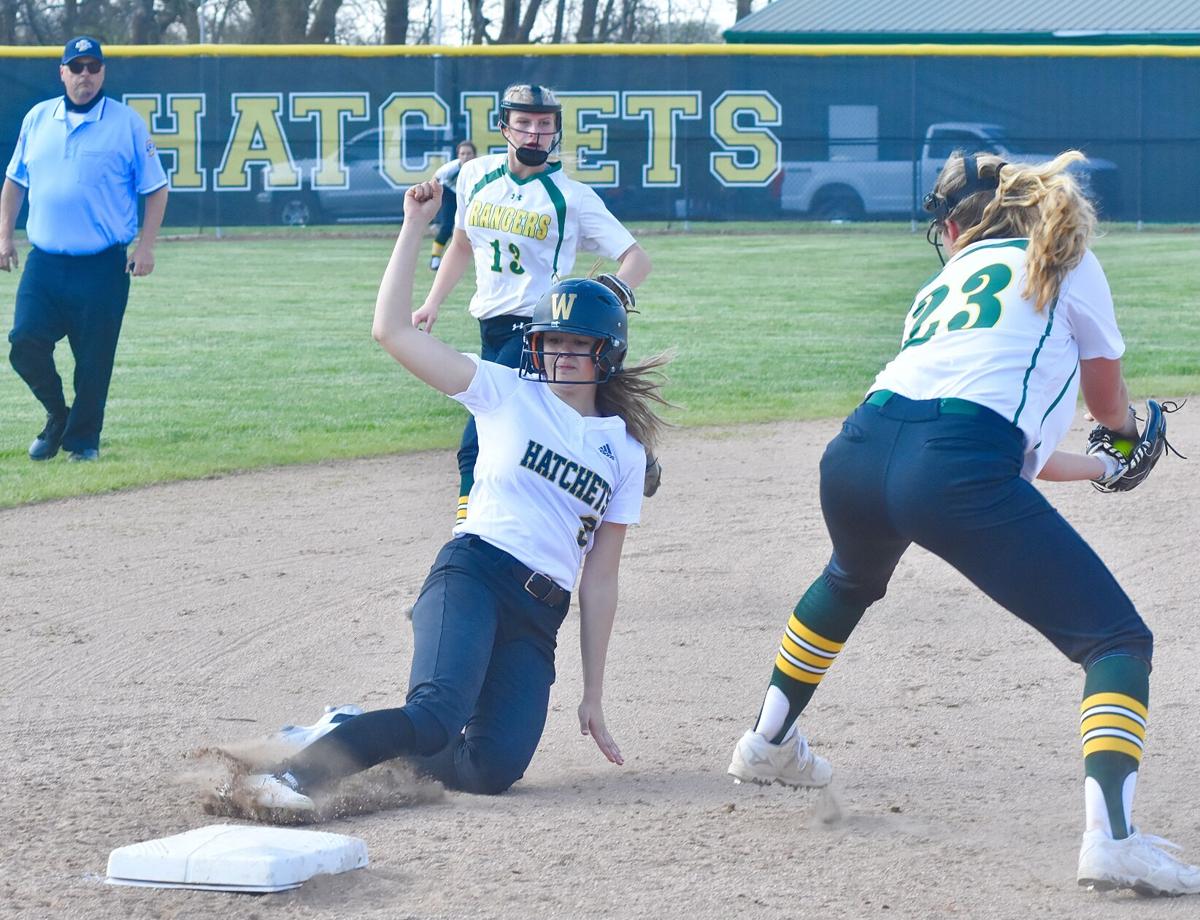 Katelyn Mason slides in third for WHS on Tuesday.

Washington's Ellie Reed puts a tag on a Forest Park runner on Tuesday.

Katelyn Mason slides in third for WHS on Tuesday.

The Washington Lady Hatchet softball team continued to show improvement, but fell to 0-2, with a 10-7 loss to Forest Park on a sun-splashed afternoon at the Washington Sports Complex Tuesday.

The seven runs were the biggest offensive output of the year for the Hatchets and coach Lexi Lemon was excited about her team’s effort.

“This is the best we have played in two years. Definitely the defense has improved tremendously since two years ago. They’re not afraid to hit the ball now. Another thing is we are getting our bunts down and making the plays we have to,” said Lemon.

Although Forest Park opened with runner, Kiara Welch flashed a little leather with a catch in center and an assist at first for an inning-ending double play. In the bottom of the first, Katelyn Mason of Washington singled but was stranded on third and didn’t score.

Forest Park ripped things open in the second with five runs on four hits and an error but that was not the end of the Hatchets.

WHS added a hit from Ellie Reed in the bottom of the inning but the score remained 5-0.

FP pitcher Ali Welp helped herself with an inside-the-park home run to open the third and made it 6-0, but Washington’s Kaitlin Hill settled down, got three of the next four and limited the damage.

WHS threatened as a pair of errors lead to Welch and Allison Hill reaching second and third, but again they were kept off the scoreboard. Kaitlyn Hill then used a pair of Ks in the top of the fourth to snuff out a Ranger opportunity as a runner reached third. FP used a pair of singles and an error to come up with two more runs to make it 8-0, but again Hill was able to come up with a strikeout end the damage.

Washington had its best offensive inning of the season in the bottom of the fifth. WHS was able to benefit from Mason reaching on a fielder’s choice and Welch on an error, while both scored on an Allison Hill triple to cut the lead to 8-2.

Brooke Rasche took over in the circle for FP in the bottom of the six and after giving up walks to Jessica Hart and Reed, a double from Sadie Marshall drove in two runs and cut the Ranger lead to 8. Forest Park did add two more runs in the top of the seventh, but WHS continued to make noise as a Reed drove in two runs with a double and Welch scored on an error to make it 10-7, and they would even have the tying run at the plate at the game’s end.

The Lady Hatchets travel to Heritage Hills on Wednesday.

Teresa May, 58, of New Johnsonville, Tennessee, passed away July 9, 2021. Teresa was born March 19, 1963, in Vincennes, Indiana, to Robert and Mary (McPherson) May. Teresa was a loving mother, grandmother, daughter, sister and friend to many. She had a love for crocheting and was an avid col…

Judy Gress Hay of Canada passed away July 14, 2021. Born Sept. 6, 1941, to Rex and Ermel Gress, she is survived by brothers Tom and Rex Gress, and three children. Her husband, Douglas, preceded her in death.