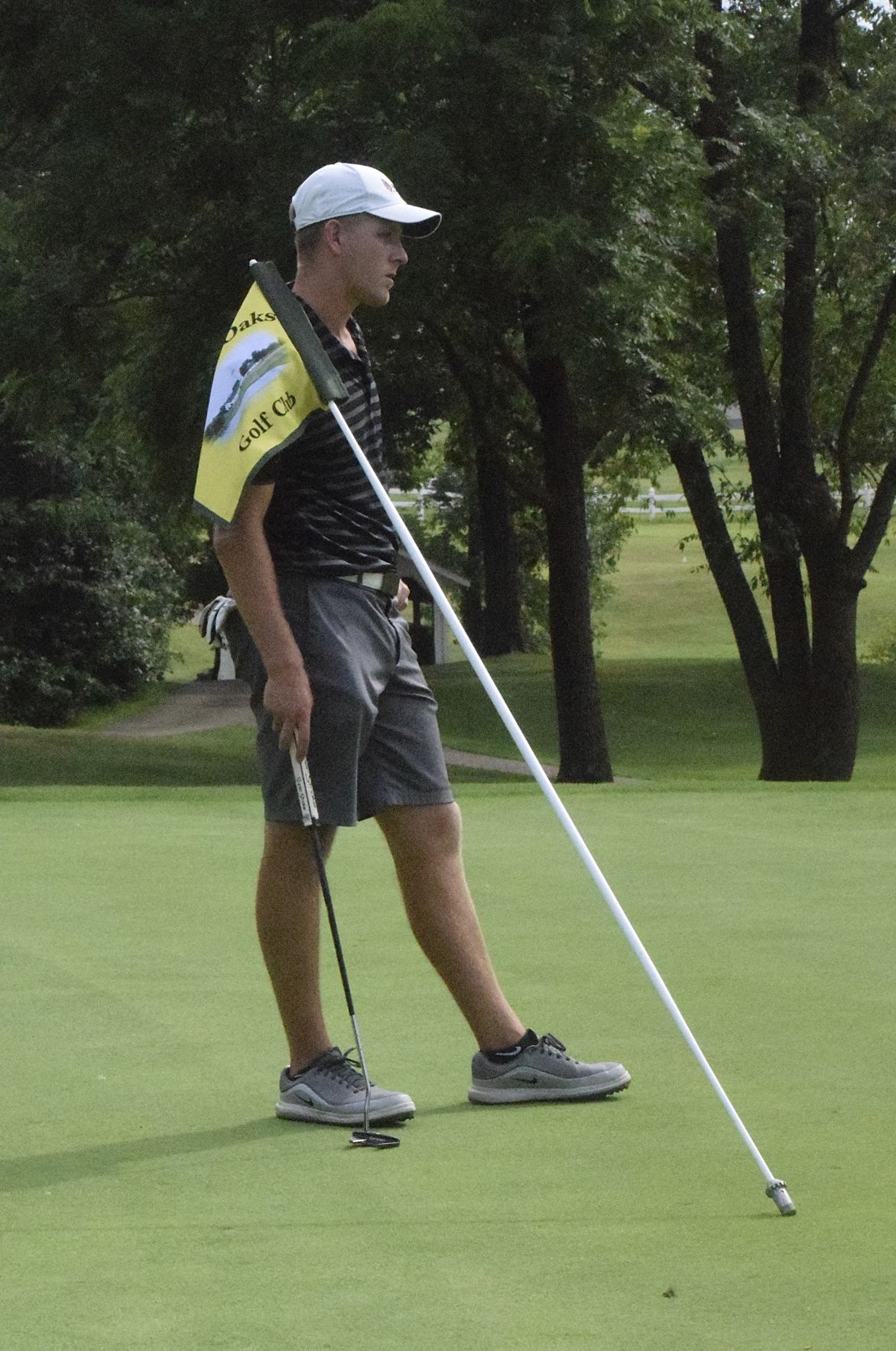 Vincennes’ Jack Cunningham watches a putt on the 17th green at Country Oaks on Sunday. The Ball State senior won the event with a 65-67 (132). 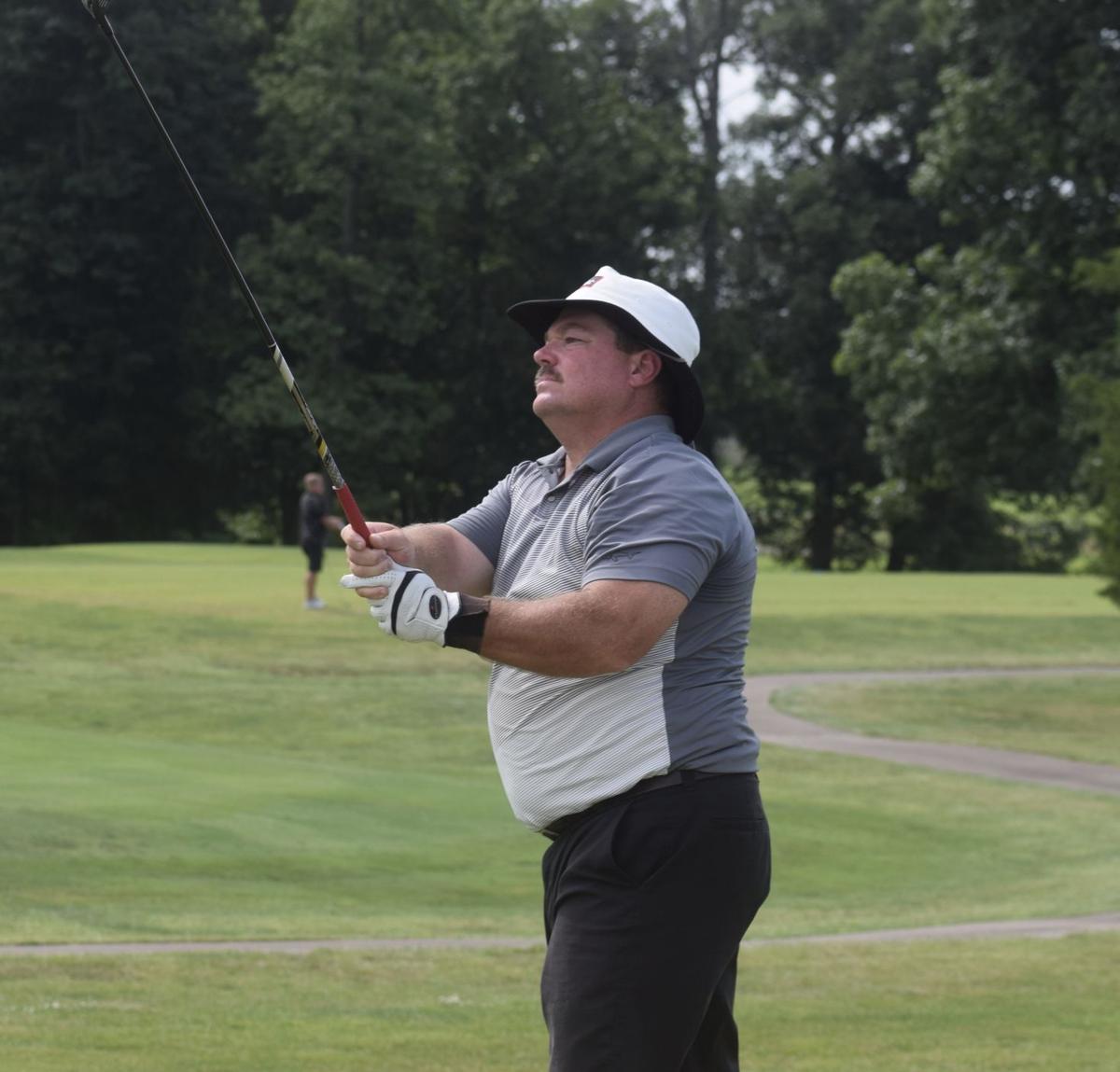 Brian Brinegar watches his shot on Sunday in Montgomery. 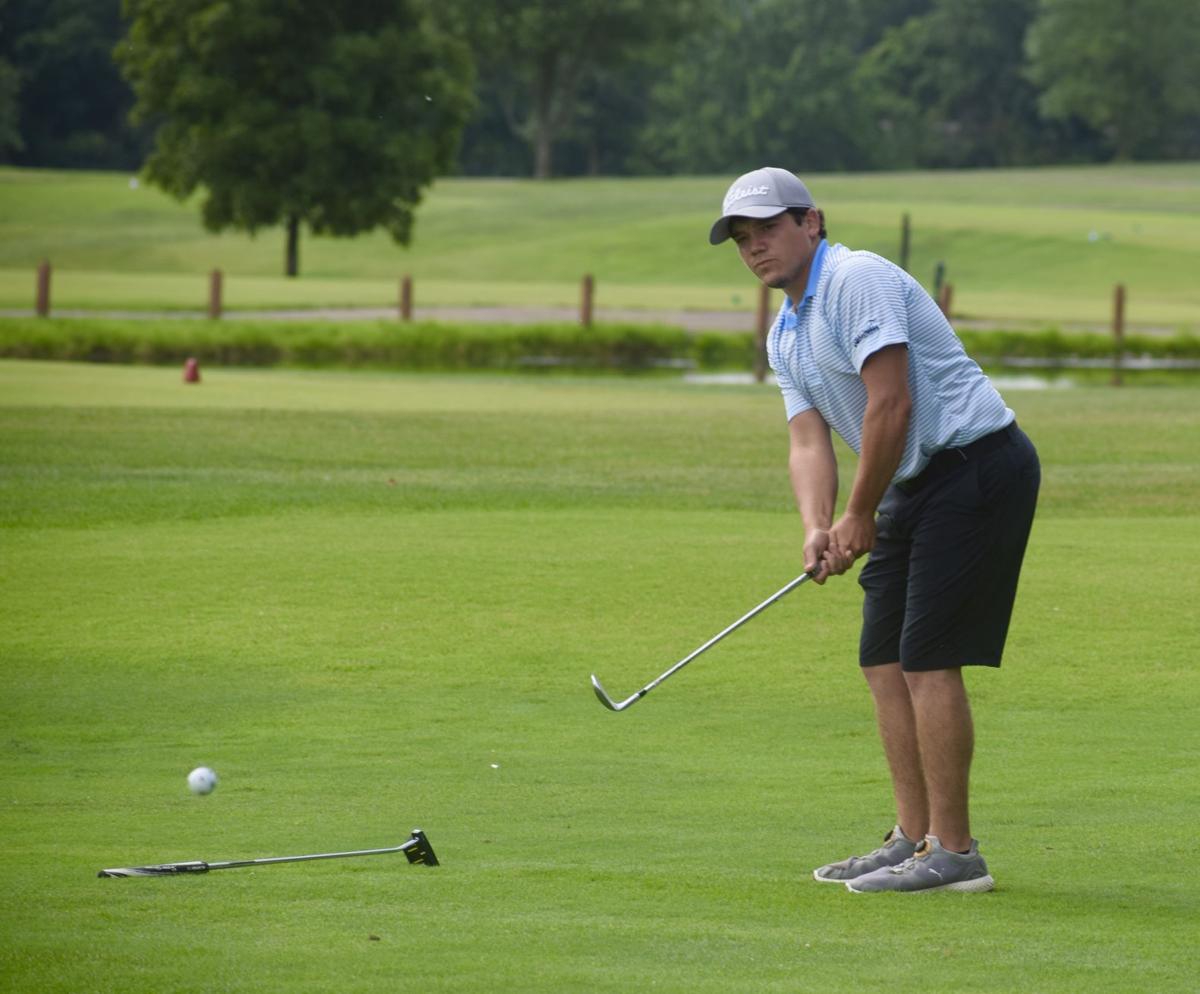 Eric Wagler of Montgomery chips on to the 16th green at Country Oaks on Sunday. 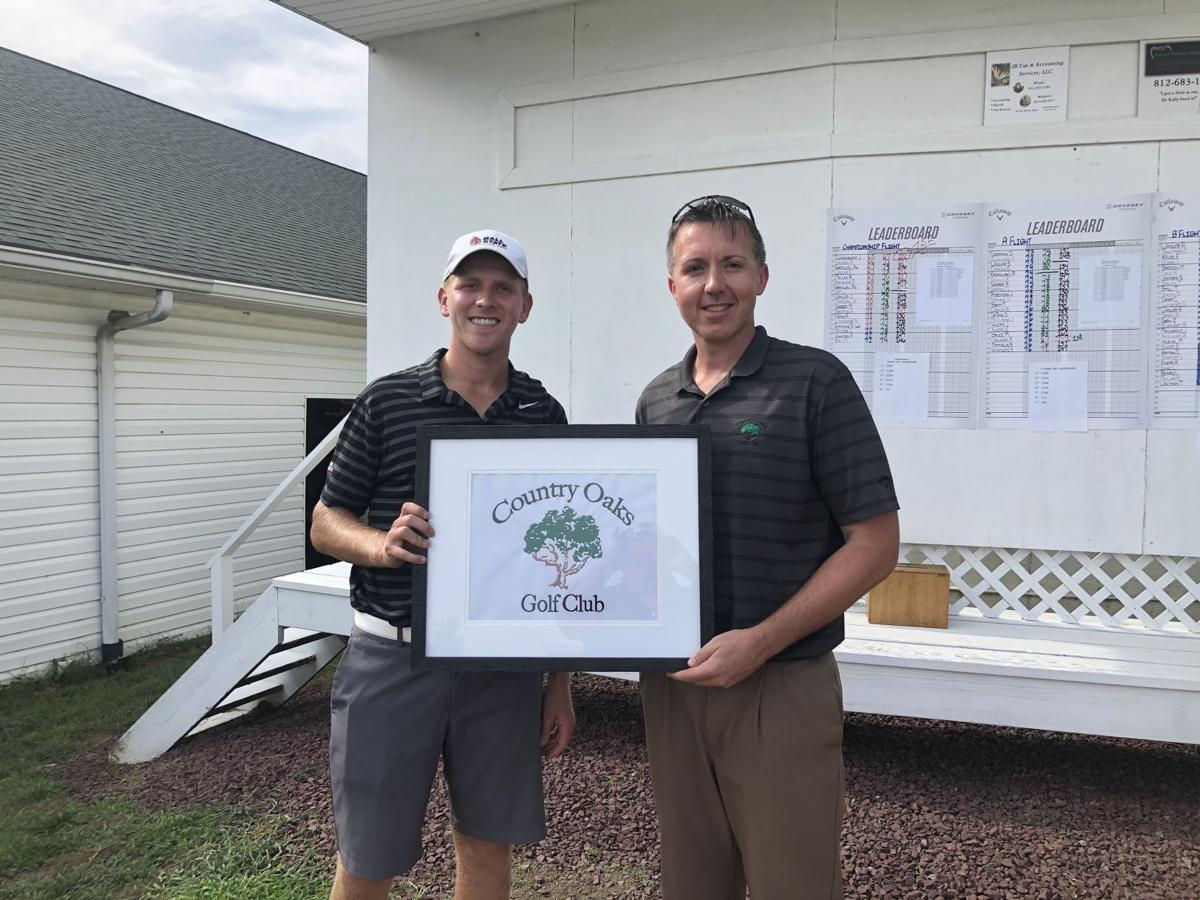 Vincennes’ Jack Cunningham watches a putt on the 17th green at Country Oaks on Sunday. The Ball State senior won the event with a 65-67 (132).

Brian Brinegar watches his shot on Sunday in Montgomery.

Eric Wagler of Montgomery chips on to the 16th green at Country Oaks on Sunday.

MONTGOMERY – Ball State senior Jack Cunningham has always had a lot of success at Country Oaks.

As a standout at Vincennes Lincoln while in high school, Cunningham put together a lot of low regional and conference rounds at the bucolic championship layout nestled just outside of Montgomery. However, few rounds will be as memorable as the front nine of the Country Oaks Classic was on Sunday. Cunningham posted a 65 on Saturday (-7) followed by a 29 (-7) on the front nine of the Sunday finale. Cunningham, who was -14 through 27 holes at one point, finished with a -12 (67) to win the 18th annual Classic.

Tournament director Trey Miller said that the 29 is definitely the low Classic 9-hole score and is probably the course record on the front side.

Cunningham’s 132 bested Kyle Maloy of Corydon and Steve Lawson who tied for second with 137s. The flighted-event was highly competitive, with 18 players shooting 72 or better on the first day.

“I don’t normally have the opportunity to go out and try make as many birdies as possible, but this was a lot of fun. I was 30th in the Indiana Amateur last week, which was decent, but it was fun to come out here and make some putts,” said Cunningham, a 2017 Lincoln graduate.

Finishing eighth overall in the Championship grouping was Barr-Reeve sophomore Sam Emmons who went 71-74 to finish as the low junior.

“It was a lot of fun. It was a good weekend and we had a lot of laughs out there,” said Emmons, who missed his entire sophomore IHSAA season due to the pandemic.

The A-flight was also tight with scores that ranged from 73 to 76 on day 1. However, Fyan Crawford of New Salisbury posted a 67 on Sunday to win with a 143. Ross Schulz and Stacy Vitaniemi ended up tying for second with a 147.

The B-flight ranged from 77-80 initially and was won by soon-to-be Washington Hatchet senior Zach Gray, who rebounded from a 78 with a 72 (150) to take top honors. He was followed by Short Jeffers and Cody Troutman with a pair of 151s to tie from second.

“Zach came back from 15th in flight after the first day,” added Miller. “So he played some really nice golf on Sunday.”

The C-flight was won by Scott Armstrong of Santa Claus with a 158, closely followed by Gary Emmons with a 159 and Jackob Ham at 159.

Miller, who has been a part of all 18 Classics felt like all 99 players ended up having a good time and said that things went very well in spite of rain on Saturday.

“We had a 1:15 minute delay yesterday, but we got in. Today we were blessed with the storms missing us to the north and south,” said Miller.

“The low scoring just creates so much excitement. If you would have told me that we would have had 18 scores of 72 or better I would not have believed you. When Jack posted a 29, people started to talk about “How low can he go? We started to think about a possible 59 for a while.”

Miller added, “You can put another successful ‘Classic’ in the books. Once again it was a display of how good some of our area players are. We had over 200 birdies yesterday and probably more than that today. I would say our scoring average across the field was in the 70s.

“I think that people were desperately looking for some type of normalcy. I think that playing in this was a way to get back to normal and take them away from what is going on around them. It is a way to remind them of what we have been missing.”