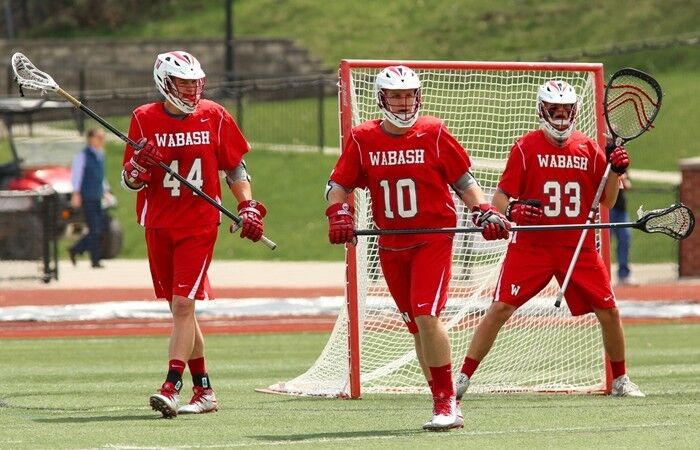 Austin Jarrett (10) during his senior year at Wabash while a member of his varsity lacrosse team. Jarrett is now the coach of Indiana University’s lacrosse program. 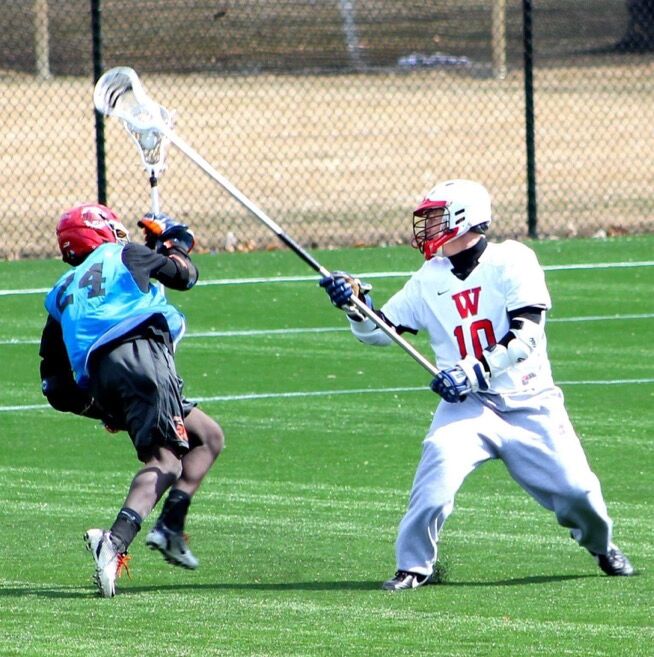 Austin Jarrett (10) during his senior year at Wabash while a member of his varsity lacrosse team. Jarrett is now the coach of Indiana University’s lacrosse program.

BLOOMINGTON – Former Washington Catholic basketball and soccer standout Austin Jarrett will be making a name for himself in a very different sport, as he was named as the new head coach of the Indiana Hoosiers Lacrosse club.

Jarrett has been the defensive coordinator and assistant coach at Indiana under former coach Peter Nelson since 2018. A graduate of Wabash College, he originally attended Wabash primarily to play basketball, but moved on to lacrosse during his junior year. He started his lacrosse career as a defenseman on the Wabash MCLA squad and wrapped up as a captain on the Little Giants’ first-ever varsity squad under Terry Corcoran.

“I had gotten a little burned out on basketball and my roommate was our lacrosse club goalkeeper and he said, ‘if you aren’t going to play basketball, why don’t you give lacrosse a try.’ It took about two months to learn, but I ended up a captain my senior year,” said Jarrett.

“Really it is lot like basketball on grass, especially the way the defenses are set up. For the mid-fielders the conditioning is a lot like soccer, but for the defenders, it is more like hockey. The sport is really growing. There are a lot of teams in Indy now, while Culver Academy plays a national schedule and Hamilton Southeastern is one of the top clubs in the nation. We are starting to get teams in Evansville and Bloomington too, so I think a lot of those kids will end up at IU. Right now our roster is about 50% players from Indiana/Chicago and 50% from the east coast.”

Jarrett, who currently works for JP Morgan, said he met former IU coach Nelson at a golf tournament when he was working for Edward Jones.

“We were sponsoring a hole at a golf tourney and it started to rain. He (Coach Nelson) just happened to be at our hole, so he came under our tent. I saw the IU Lacrosse golf shirt and we struck up a conversation. Before too long, he asked if I was interested in helping him coach,” said Jarrett.

The Hoosiers were 4-3 last season under Nelson, however Jarrett said COVID made for a difficult season.

Indiana will play in the East subdivision of the UMLC along with Miami (Ohio), Purdue, Michigan State and Western Michigan.

Jarrett is the son of Chris and Jeff Jarrett of Washington.

MCLA contributed to this story