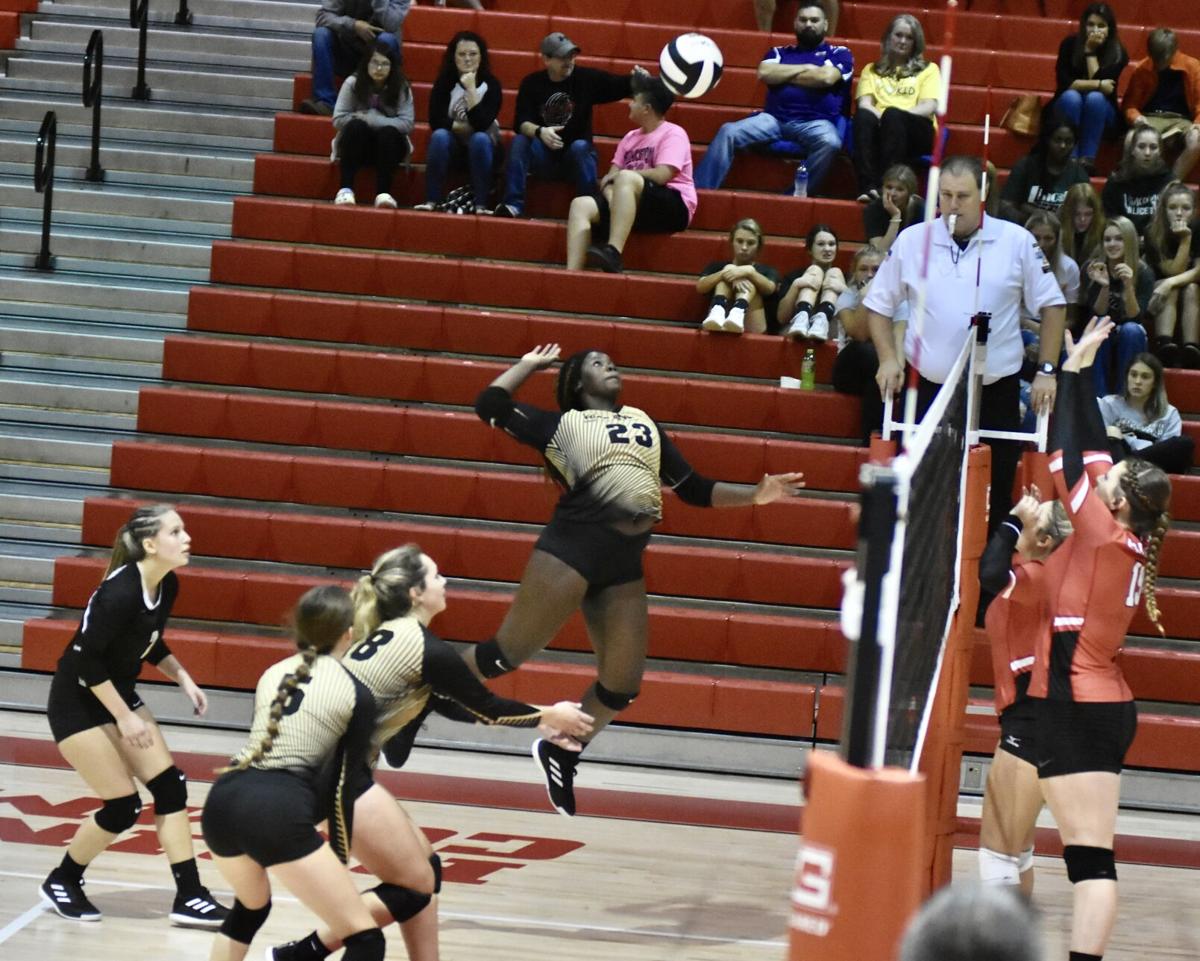 Washington’s Kencia Levasseur goes up for a kill on Thursday at Princeton. 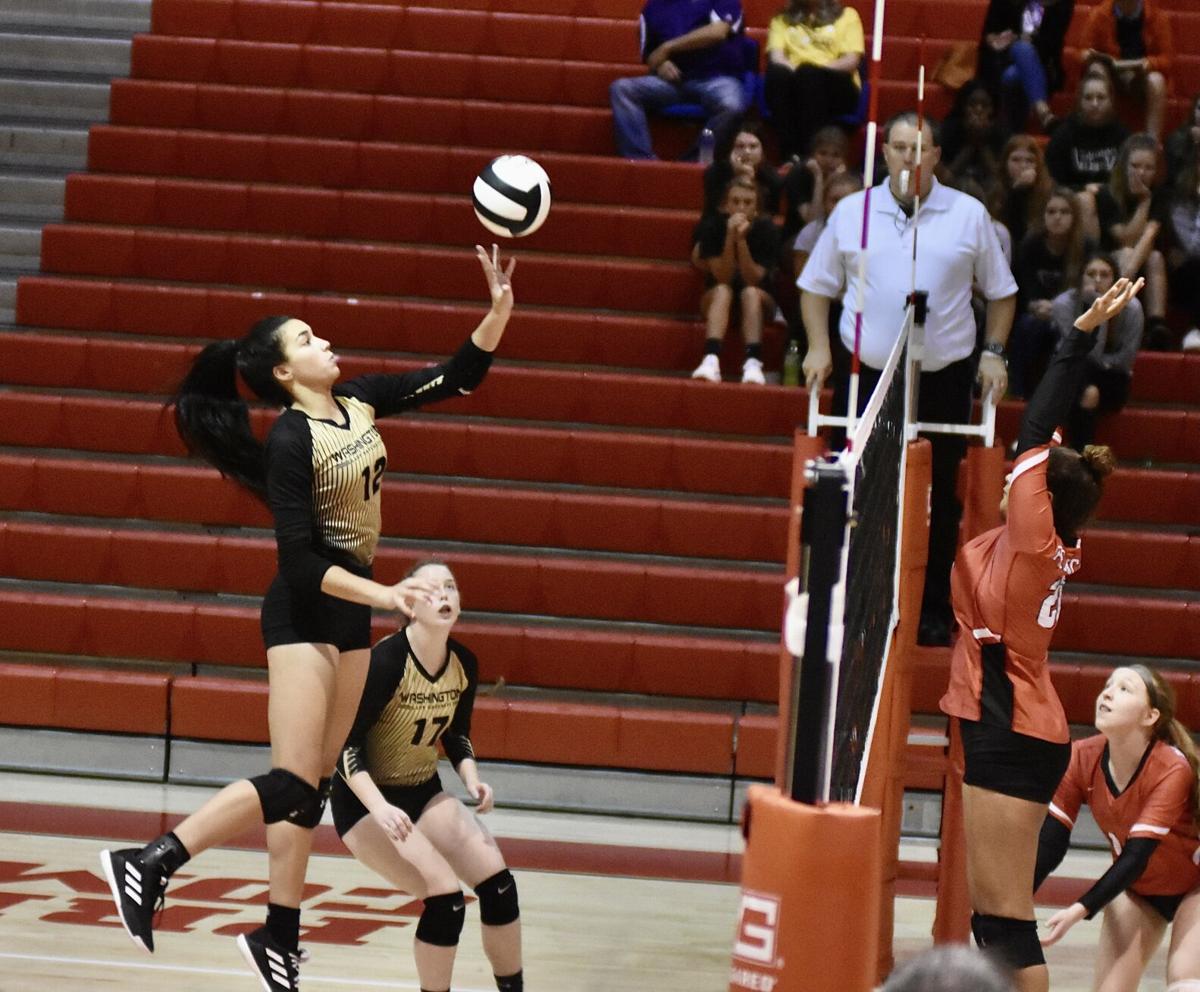 Alaina Thorne tips a ball over the net at the Princeton Sectional at Tiger Arena.

Washington’s Kencia Levasseur goes up for a kill on Thursday at Princeton.

Alaina Thorne tips a ball over the net at the Princeton Sectional at Tiger Arena.

PRINCETON — There were plenty of seats available in Tiger Arena, but Hatchet fans only needed the edges, as Washington and Princeton played in an enormously exciting four-game sectional quarterfinal.

“We knew our seniors were hungry when they got on the bus, and our freshmen played so well. (Freshman) Kenna (Garland) had some big tip-kills and Olivia (Gilley) played so well,” said WHS coach Bret Matteson.

“We have faced so much adversity this year and I knew from the way we played tonight, they will fight through it. There was no quit in them, and I think that was the biggest thing we got out of tonight.”

Although WHS started the first game down 1-0, a block from Gilley, a kill from Alaina Thorne and Taylor Walls moved WHS a 6-3 lead. A kill from Kencia Levasseur made it 10-5, and with Ellie Reed serving, WHS pushed it to 13-5. The Tigers went on a two-point run and picked up three out of the next four points, before a Thorne kill made it 18-9. WHS was the first to 20 and Thorne’s ace made it 21-9. Princeton crept back to 15-23, but Gilley’s kill made it 25-15 and gave WHS a 1-0 advantage.

A big kill from Levasseur cut it to 22-23, before WHS tied it at 24-all and 25-all and had it at match point, but Princeton wouldn’t quit. A Reed kill tied it at 28-all, before Princeton came away with the 31-29 exciting comeback win.

Both teams traded points in game four, but WHS was able to take a 7-4 lead. Reel added an ace to make it 9-4. A Reed kill pushed WHS to 10-6, but again the Tigers would claw into the lead. WHS pushed it back to 14-10 and 16-12 with a Gilley kill on the outside. A blast from Levasseur made it 19-15. The Hatchets took a 22-15 margin, but the next three points belonged to the Tigers, However, WHS was able to get the final kill from Thorne and the 25-20 win.

With the 3-1 win, WHS moved on to the semi-finals with Lincoln in the second game.

MAGDALENA WAGLER — The funeral for Magdalena Wagler was held at 9 a.m. Friday, Dec. 3, 2021, at the Amos and Susanna Wagler residence, with home ministers officiating. Burial was in Wagler Cemetery.