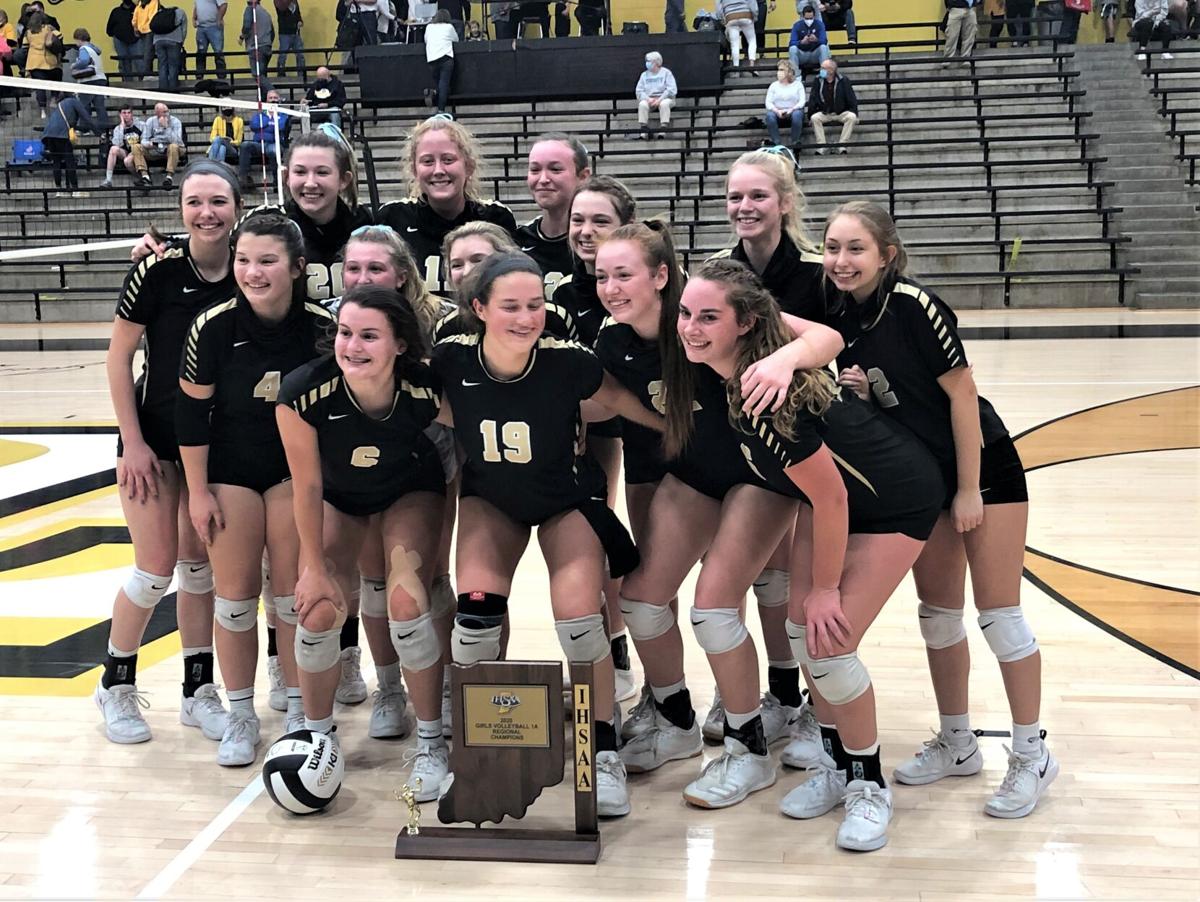 The Lady Lions celebrate after winning the Class A regional on Saturday. 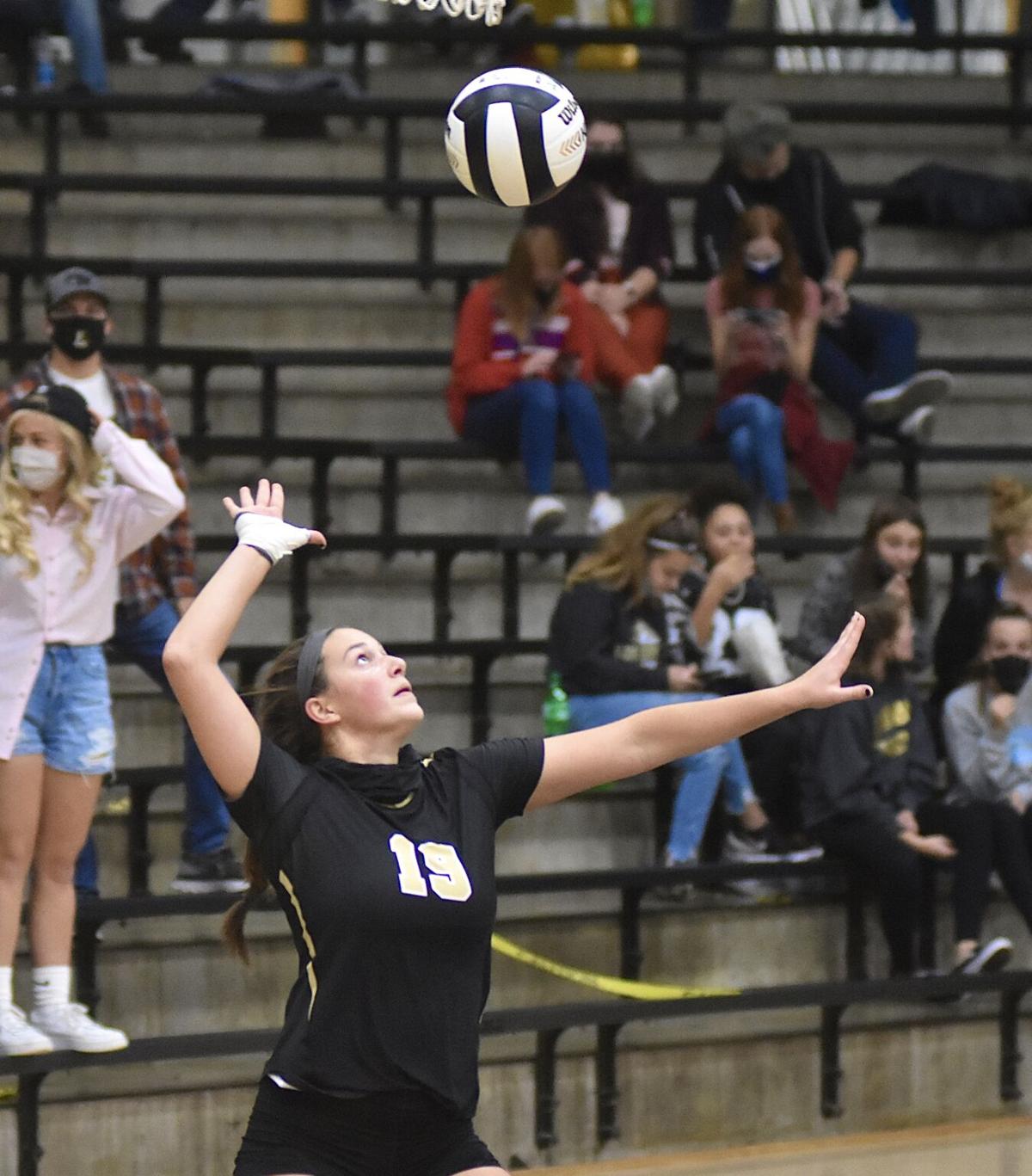 Sara Street serves for Loogootee in the regional championship on Saturday night. 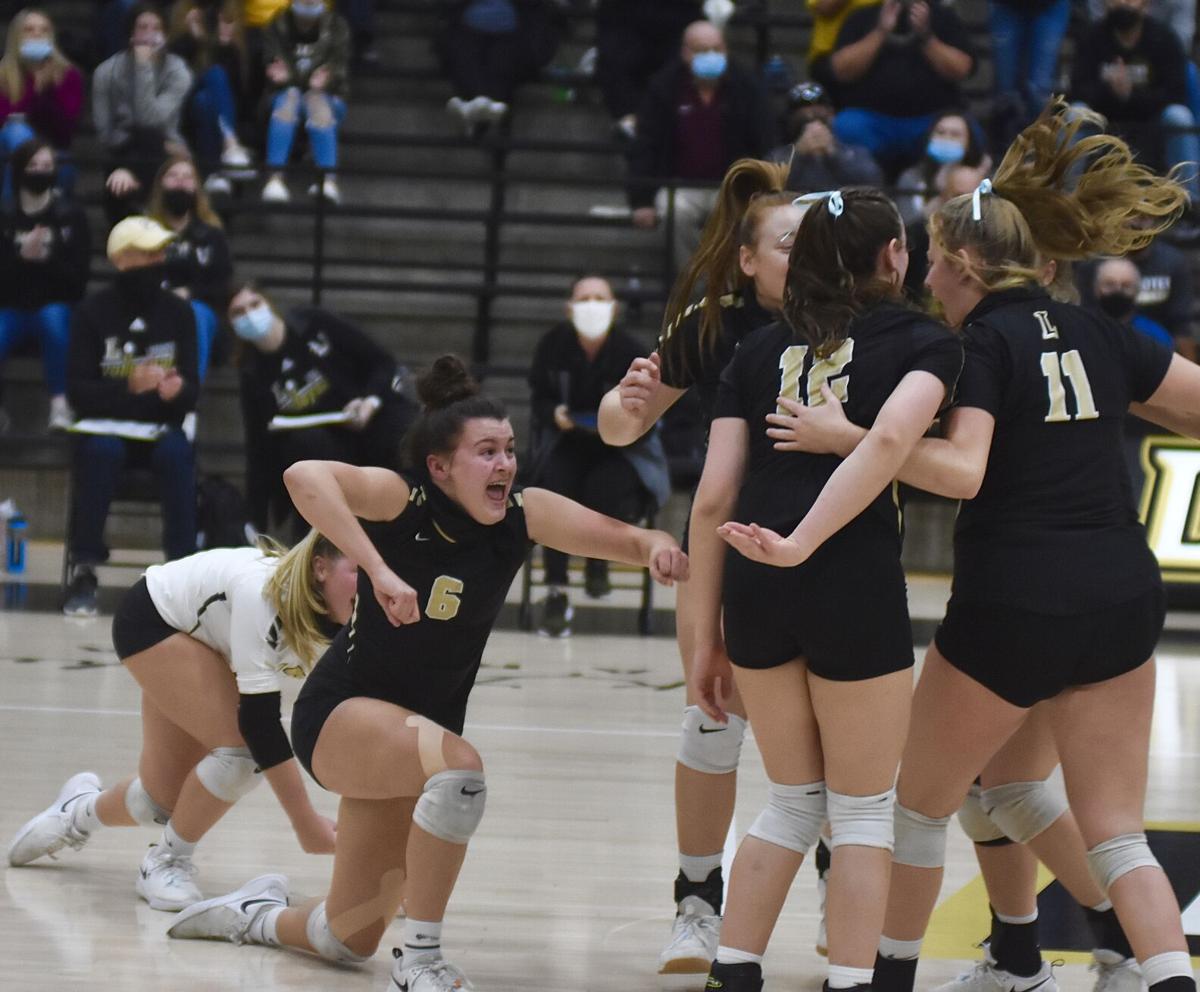 The Lions celebrate after their win over Trinity Lutheran on Saturday.

The Lady Lions celebrate after winning the Class A regional on Saturday.

Sara Street serves for Loogootee in the regional championship on Saturday night.

The Lions celebrate after their win over Trinity Lutheran on Saturday.

LOOGOOTEE — There must’ve been some magic left over at Jack Butcher Arena from the Lady Lions’ state championship run in the spring. On Saturday, the Lady Lions (30-5) were able to tap into that magic and come away with a 3-0 sweep of No. 1 Trinity Lutheran and a chance to advance to the Class A semi-state next week.

“It was kind of like, we came out and had that energy, and it seemed like they (Trinity) couldn’t, and they just couldn’t get things rolling. We had a lot more energy than the first time we played them (and lost 3-0).”

Trinity came out with the first three points including a kill from highly-recruited Sydney James. However a kill from Kylie VanHoy gave Loogootee its first point of the game to make it 3-1. Trinity move the score out to 5- 1, but Loogootee battled back, including a stuff at the net from Sara Street in Kylie VanHoy. Loogootee battled back to 6-6 with Kylie Vanhoy serving, as momentum shifted Loogootee‘s way. However, it would shift back as the two schools also tied at 7, 8 and 9.

The Lions went up 11-9 and forced No.1 Trinity to take a time out. The Lions continue to push the margin to 14-9 and push the cougars back on their heels taking the 17-10 lead, before 6-2” James finally had a kill to stop the bleeding. After two incredible defense of series, Trinity was able to cut the lead to 15-20. However, they come back stalled, as Loogootee took a 23-16 lead and won the first set, 25-16 giving Trinity its second first set loss of the day.

Loogootee open with a 2-0 lead to start the second set and continue to push Trinity around taking the 6-2 lead and forcing Trinity into yet another time out. Loogootee continue to play well and moved out 9-5, but the Cougars took the next two points. Trinity would work back to 10-11 as Loogootee took time out. The timeouts seem to work as Loogootee picked up the next three points including a kill from Kylie VanHoy and a 16-11 margin.

However, Trinity would come all the way back and tie the game at 16-all. The game stayed tight, but Loogootee was able to take the 20-18 lead. Trinity tied the match at 21-all, but LHS responded again and tied it up at 23 before Loogootee came back to take the second set 25-23 and put themselves in the driver’s seat.

Loogootee opened Game 3 with a 3-1 lead, but Trinity was able to tie it at 4-4. James picked up a kill for Trinity and gave them the 7-6 lead, which would be extended to 11-6 before Loogootee took a time out. With Makenzie Vanhoy serving, the match moved to 11-all. Kylie VanHoy pushed the margin to 13-11 but after a TO, the match still ended up tied at 16-all.

“Kylie VanHoy obviously played such a big role. The last time we played, I felt like we started tipping, but tonight we kept hitting and we didn’t let up. I thought the kids kept digging all night, where last time, we gave up on a lot of those ball,” said Lengacher.

The Lady Lions would move out to a 19-18 lead with Jaelyn Walker serving. Loogootee led again at 21-20 and then 23-20 before Walker’s kill ended of the match at 25-21, as the Lions swept No.1 Trinity to move on to semi-state next Saturday at Jasper at 1 p.m. to face Hauser.