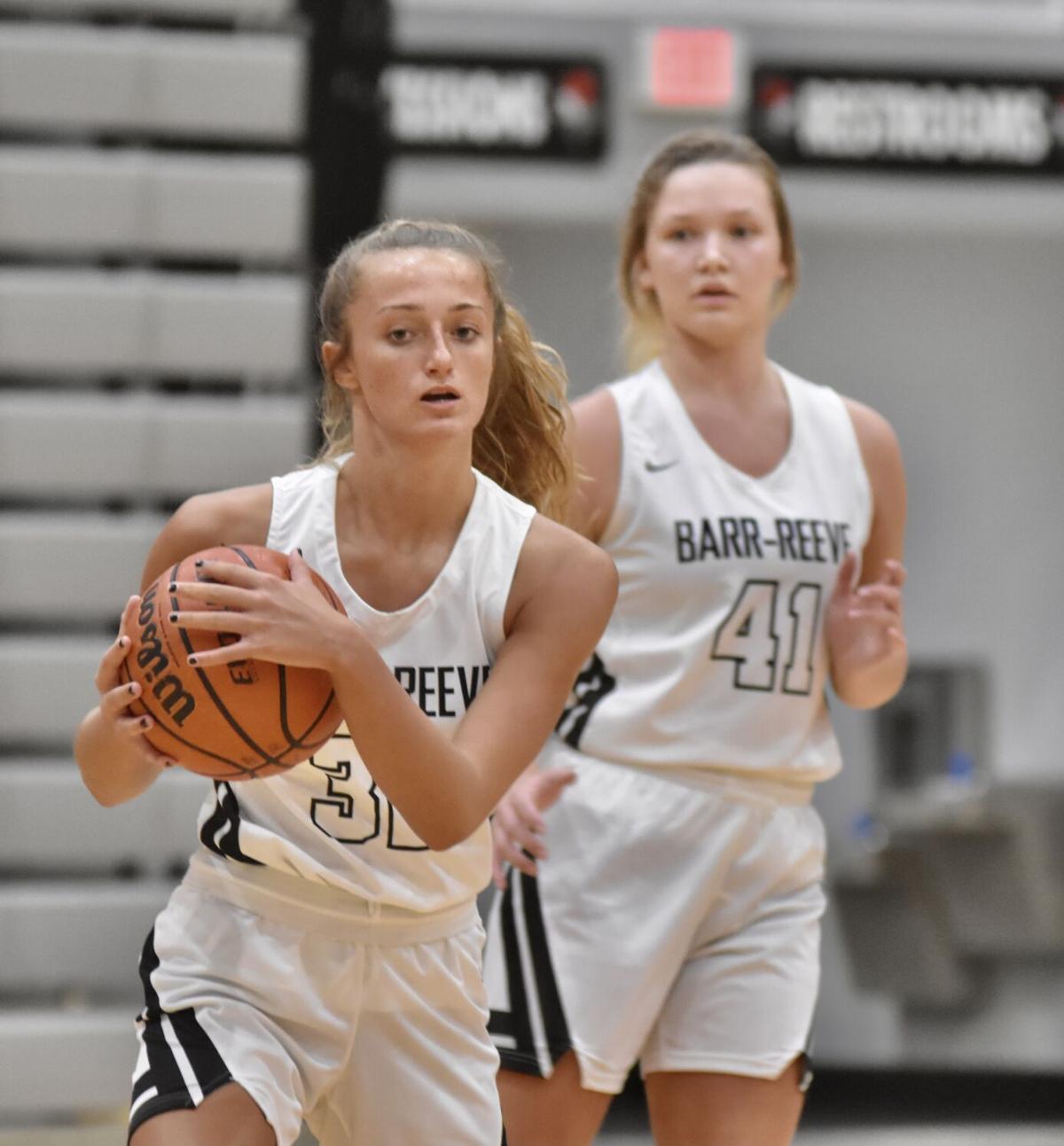 Addi Ainscough pulls down a rebound before heading up court against Orleans. 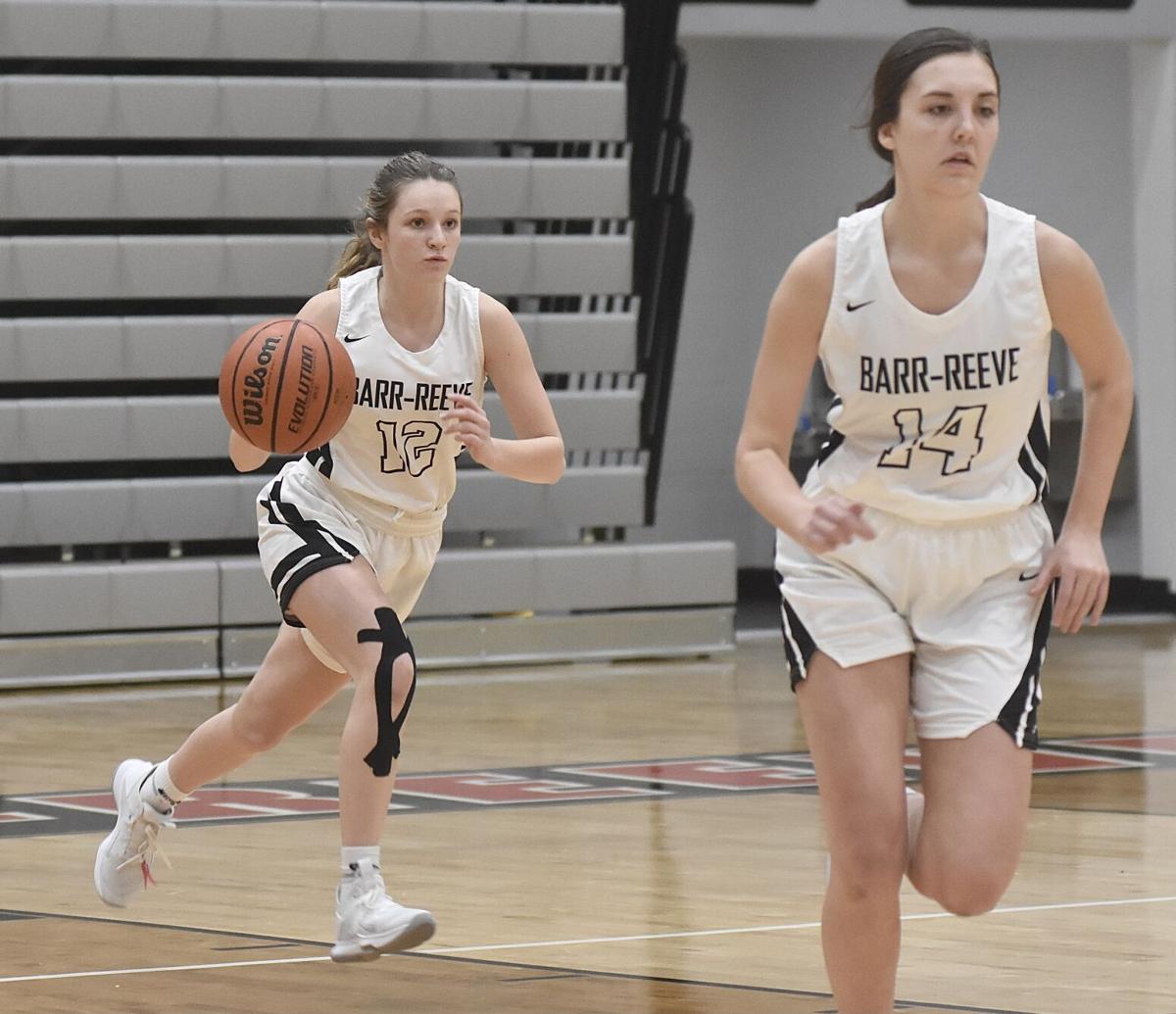 Colleen Trambaugh of Barr-Reeve brings the ball upcourt against Orleans on Tuesday.

Addi Ainscough pulls down a rebound before heading up court against Orleans.

Colleen Trambaugh of Barr-Reeve brings the ball upcourt against Orleans on Tuesday.

MONTGOMERY — It doesn’t matter how much you score, as long as you score one more point than your opponent. That was exactly the case in the Barr-Reeve Lady Vikings’ 28-27 win over Orleans on Tuesday in Montgomery.

The Vikes made the most of their six total baskets, and used 12 points from Hannah Graber to lead them to their seventh win (7-4) of the season.

“That was not a game that they will probably store in the Louvre, but it was a win,” said B-R coach Mark Holt. “We played much better in Saturday’s loss than tonight’s win. Still, we beat a team that beat us twice last year by double figures. I thought Anna Ballengee played well defensively. She kept a girl who was averaging 20 ppg and going for her 1,000th point from accomplishing either tonight.”

Gracie Madison added a free throw to open the Lady Viking scoring in the second, but Orleans extended it to 10-6 after three minutes. Turnovers and fouls remained a factor throughout the first half, as B-R scored just one bucket in the first half, but took 12 shots from the charity stripe. The lack of scoring was not too damaging though, as B-R trailed just 12-10 after the first 16 minutes.

Colleen Trambaugh added two more points from the free throw line to keep the game within two, but the field goal drought remained for the first three minutes of the third as well. Graber then tied the game at 14, but Orleans answered with a trey. Ainscough picked up B-R’s second bucket of the game with 3:41 left in the third to keep the game within one. Graber added a basket and Anna Ballengee drained a trey to give B-R a 21–17 lead. Graber continued to score with a basket in the final :30 and B-R took a 23-18 lead into the final quarter after a 13-6 run.

Orleans cut the margin to 23-21 before tying it at 23-all with 5:30 left in the game. Graber then added a nice “up and under” to regain the lead, but a Bulldog bucket would push it back to a one-point lead. The Vikes slowed the game down for nearly two minutes against the Bulldogs zone, before calling a time out. Ainscough added a pair of free throws with less than 1:00 to play to go up 28-27. Orleans had a final chance with 0.3 left, but B-R held on for the 28-27 win.

Graber led with 12, followed with Ainscough who tallied nine, Ballengee and Trambaugh with three each and one from Madison.

B-R travels to Dubois on Thursday. In the JV game, B-R won 39-25, while Mariah Brunson had 14, and Willow Thompson added seven to lead the Vikes.