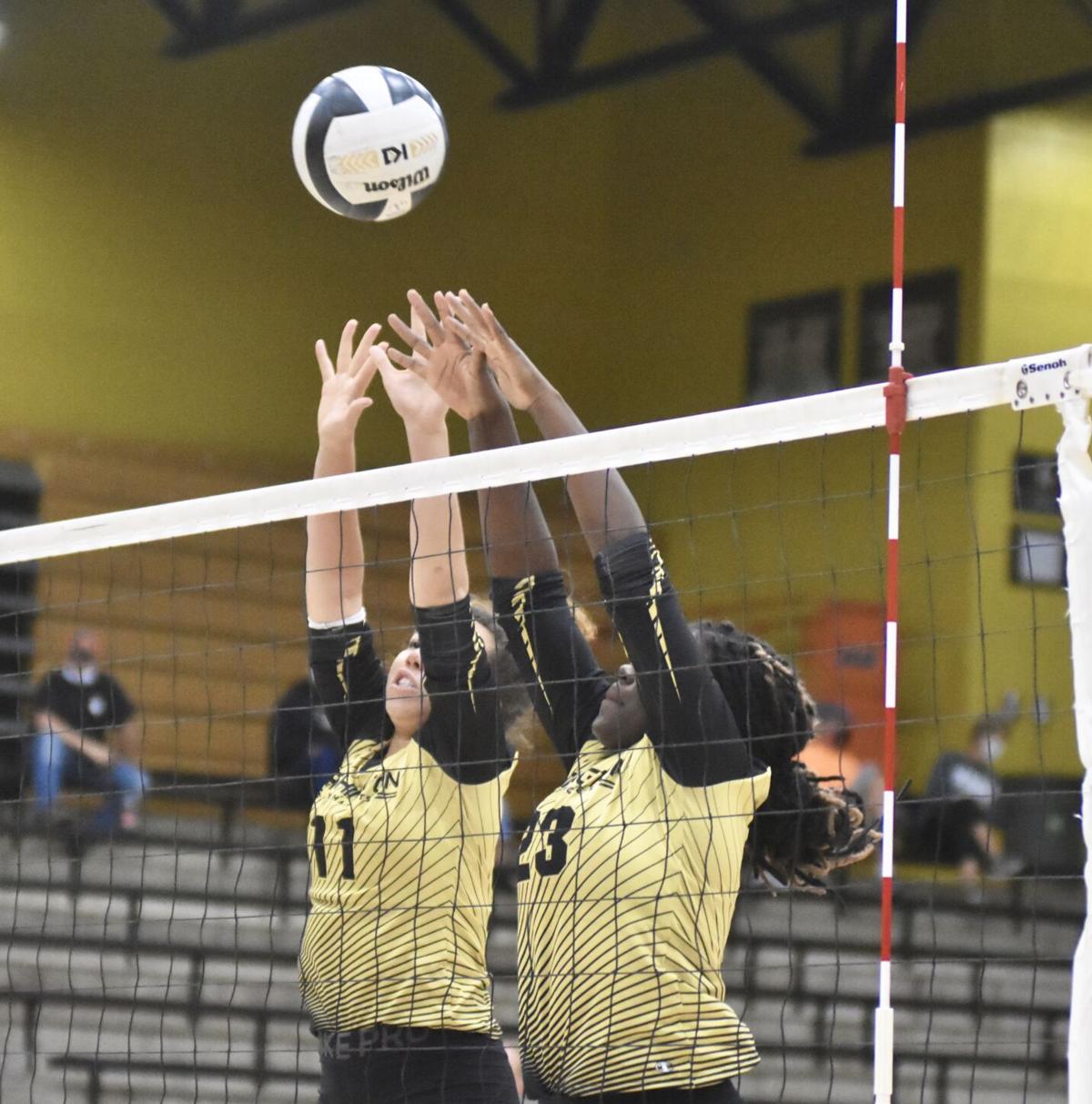 Bella Thorne and Kencia Levasseur battle at the net against Loogootee on Tuesday. 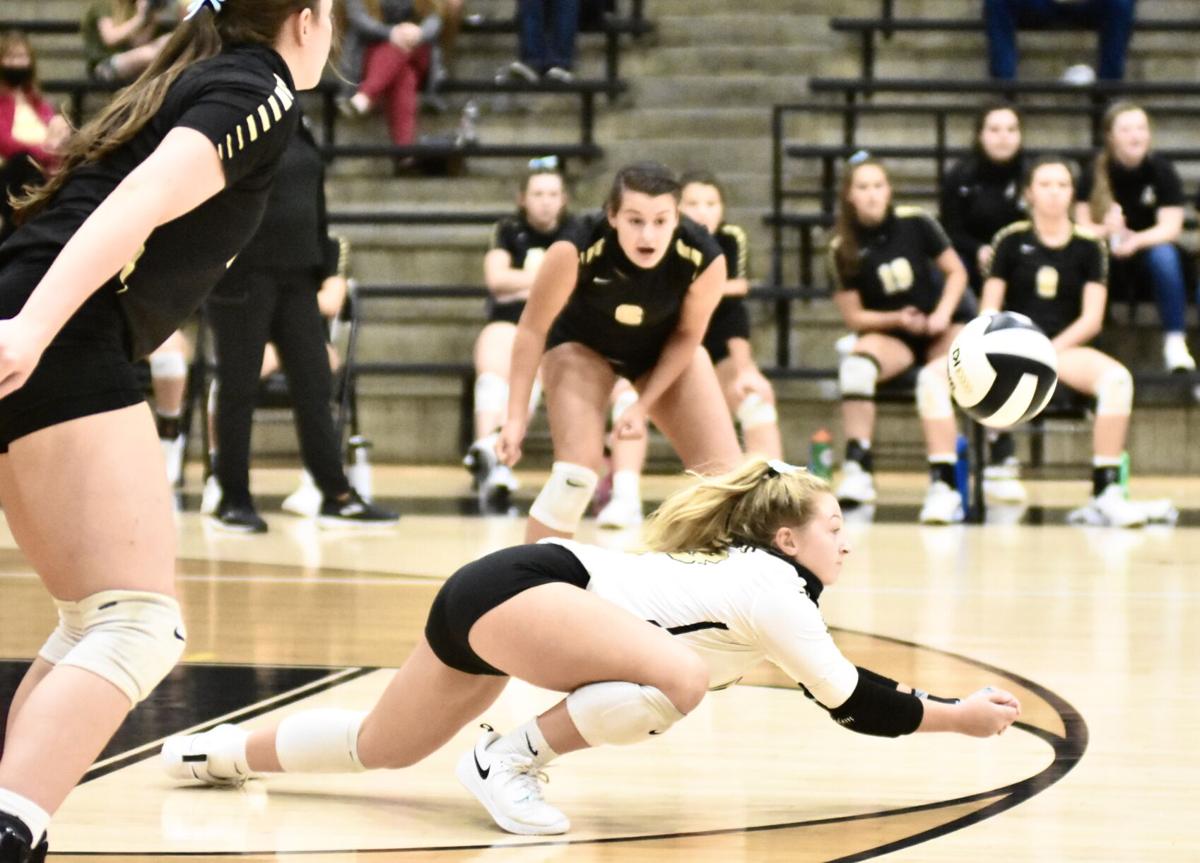 Jocelyn Strange digs a ball for the Lions on Tuesday against Washington. 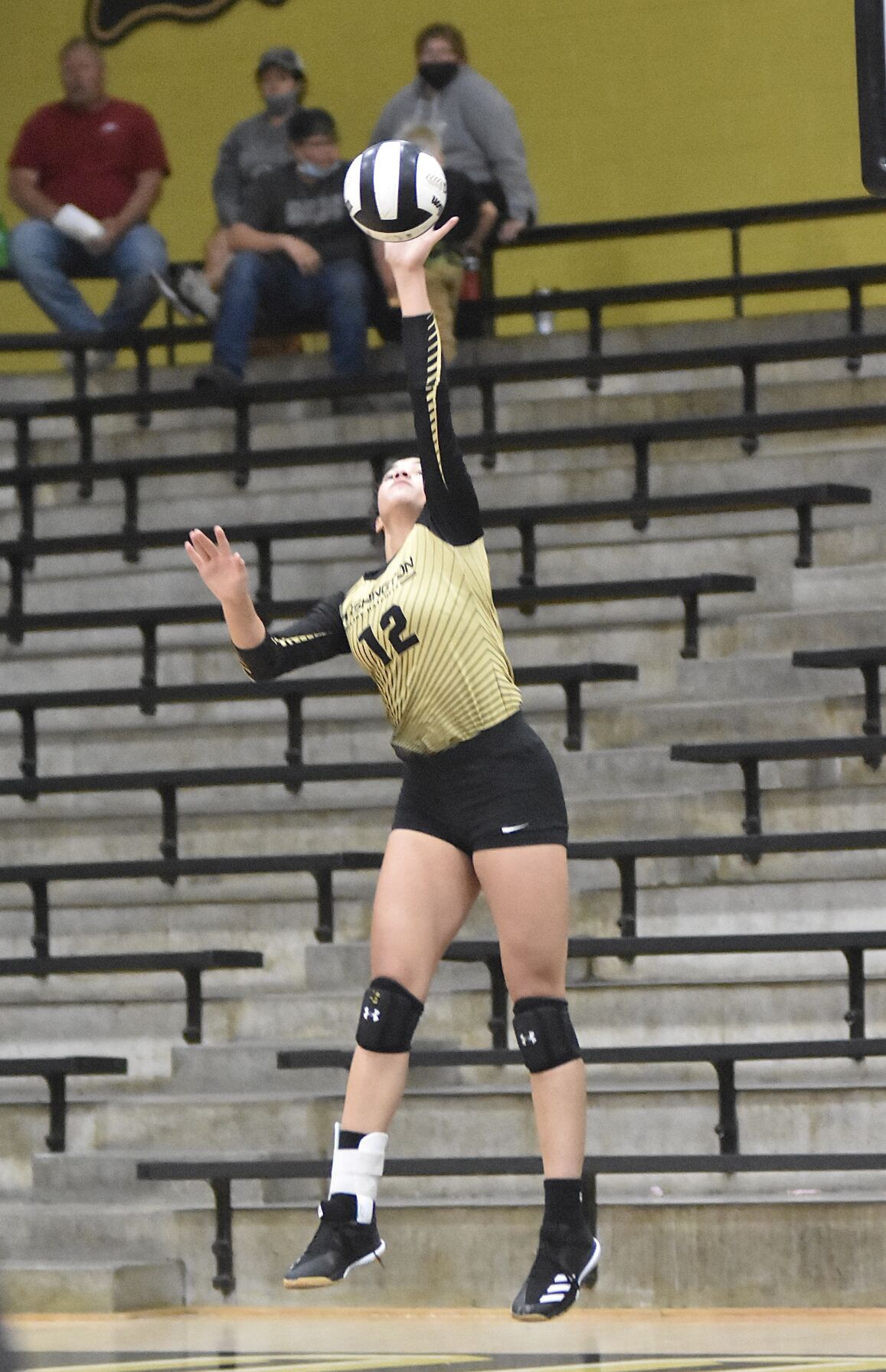 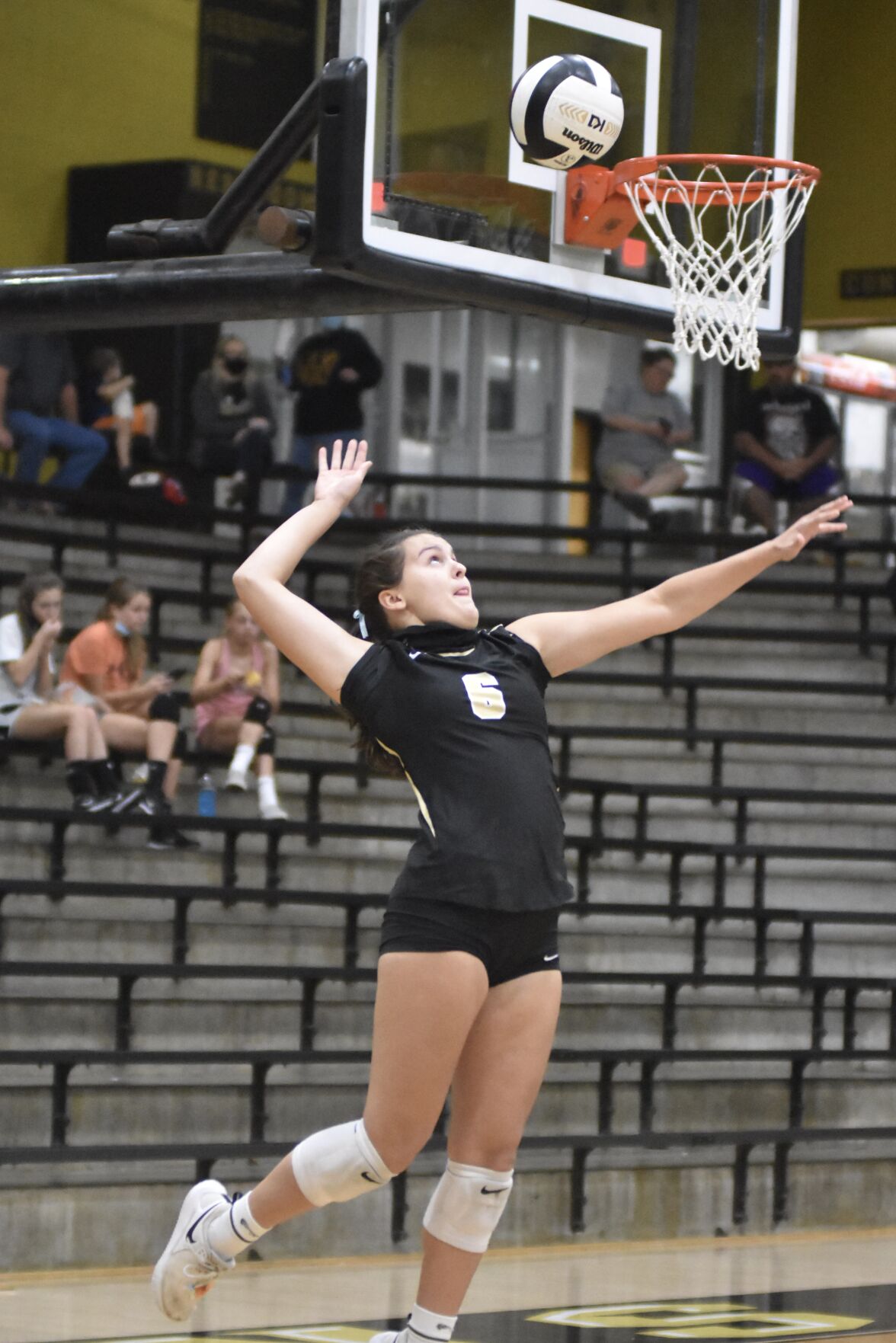 Bella Thorne and Kencia Levasseur battle at the net against Loogootee on Tuesday.

Jocelyn Strange digs a ball for the Lions on Tuesday against Washington.

“I do feel like you know we took a step in the right direction as a team. Obviously, at this point we know we have some stuff to clean up, but that’s why you play competitors like this because that’s how you get better,” said WHS coach Brett Matteson.

“There is no better way to say it, but we have been slumping a little bit at mid-season. We’ve had some tough opponents and we’ve had some where we didn’t show up and we still won because we are a very athletic team that has just all kinds of talent. But we just got to make sure that the little things get taken care of in practice at this point in the season. It’s the little things that are are huge and we missed way too many service points tonight. We can’t give a good team like Loogootee those points.”

Loogootee took a 4-1 lead behind the serving of Asia Crim. However, with Washington junior Taylor Walls serving, the Hatchets not only turned the tide but took a 5-4 lead. Washington’s Bella Thorne pushed it to 8-6, but a kill from Kylie VanHoy returned the ball to Loogootee. The lead continued to see-saw as Jade Browning of Washington picked up a kill that tied the game at 10-all. The score was tied at 12, before Jocelyn Strange picked up two Lion service points. Kylie VanHoy came up with a block-kill at the net allowing Loogootee to take its biggest lead at 16-13. The Lions continue to roar and eventually took an 18-13 lead forcing Matteson to call a time out. Washington climbed back to 19-16 but after an extended rally, Loogootee was the first to 20. The Lady Hatchets cut it to 20-18 and Loogootee took their first time out of the match. Washington got as close as 23-21 but a kill from Kylie Vanhoy lead to Loogootee‘s 25-21 win in the first game.

“We didn’t play well. That was probably one of our poorest passing games. Overall, Washington served aggressively. They came at our girls and we kind of got caught on our heels several times,” said LHS coach Shelly Lengacher.

Washington took the early lead in Game two, as a kill from Ellie Reed made it 3-2. Washington pushed it to 5-2 but Loogootee quickly evened it with Sara Street at the serving line. Hatchet Kencia Levasseur added a kill to make it 7-6, but again Loogootee was able to wrestle the lead back. An ace from Grace Lingenfelter helped move Loogootee to a 12-8 lead. Washington battled back to 16-14 but Loogootee was still able to find a way to keep Washington from going on a long run. A kill from Loogootee‘s Abbey Furman made it 22-18, before the Lions took the game, 25-19.

Again in the third game, Washington took a 2-0 lead to open, but Loogootee moved back to 3-2 quickly. Another kill from Reed gave Washington a 6-4 advantage, but a tip from Furman tied the game at 7-7. Loogootee. Levasseur has a massive kill to tie it at 8-all.After some stellar defense on both sides lead to Washington climbing back to within one at 11-10. Crim had an ace to make it 13-11 but Washington continue the battle. Loogootee extended the lead to 19-14. A kill from Jade Browning brought Washington back to within three at 20-17 and forced Loogootee into a timeout, but Makenzie VanHoy added to kill to make it 20-17, before before Loogootee finished off the 25-19 victory.

Washington heads to Forest Park on Thursday, while Loogootee hosts 2A No. 3 Barr-Reeve on Friday.

“Right now we’ve got two nights to get focused again and get a few things back under control,” added Lengacher.