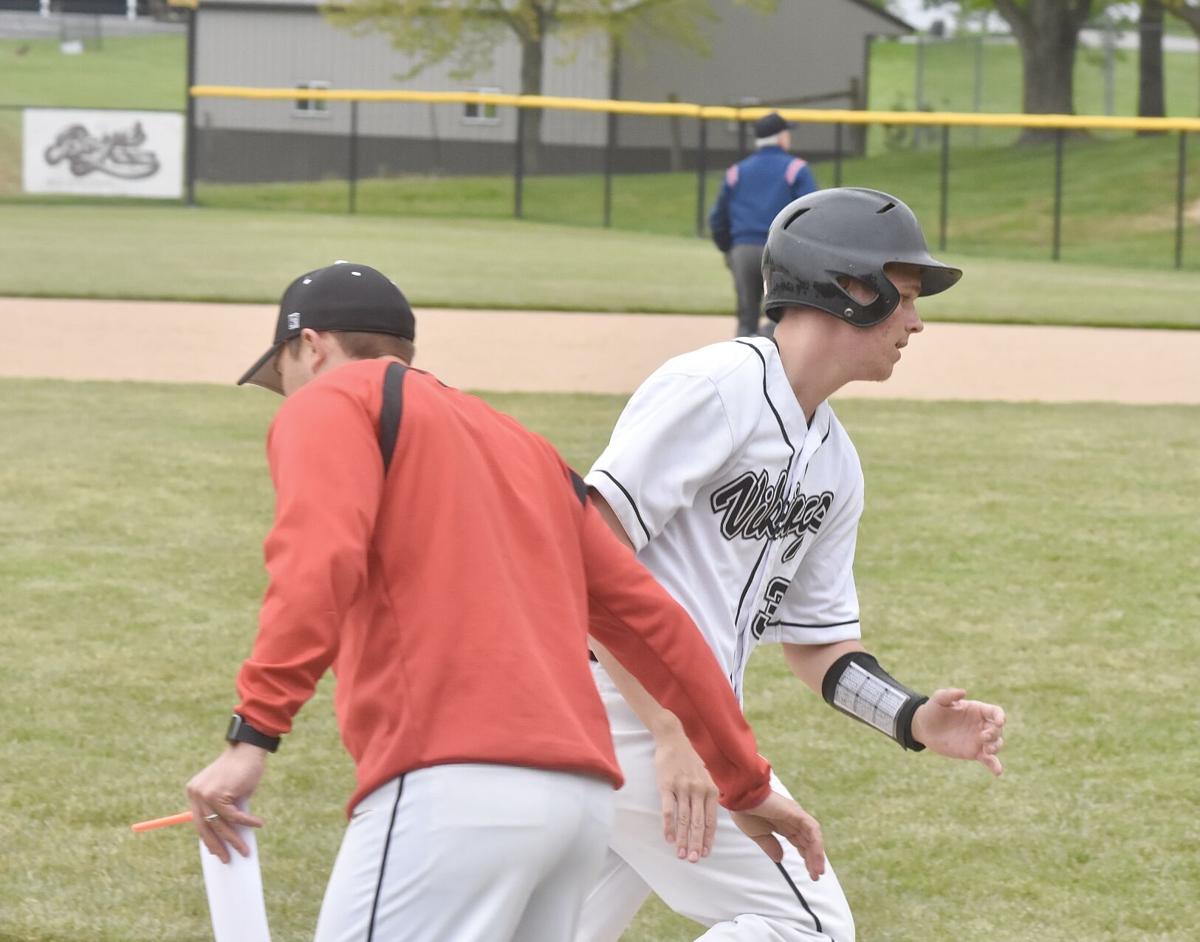 Nick Swartzentruber celebrates as he rounds third for the first of two home runs he hit on Tuesday at Joe Rademacher Field against NED. 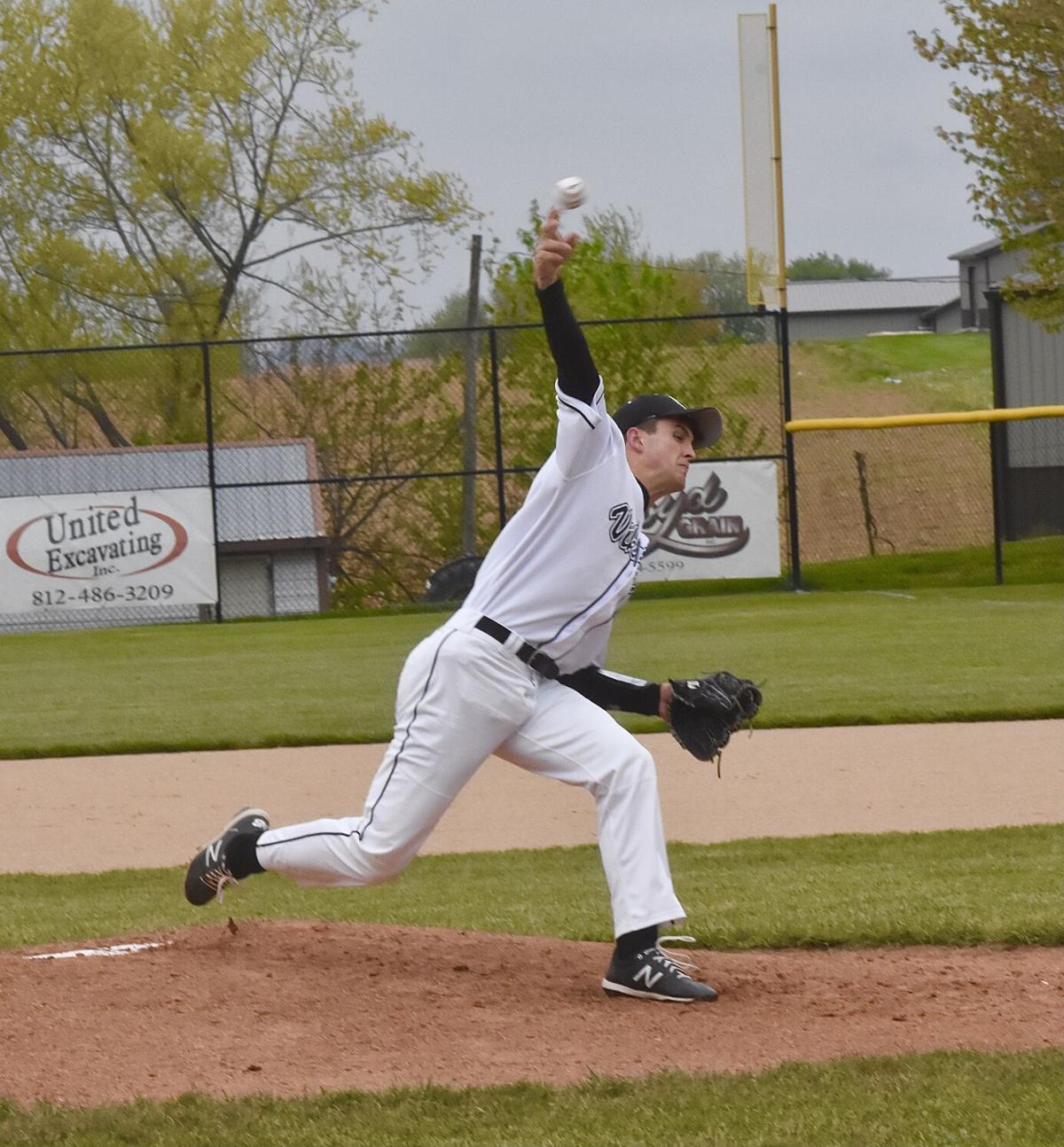 Viking Tyson Knepp picks up the win on Tuesday against NED.

Nick Swartzentruber celebrates as he rounds third for the first of two home runs he hit on Tuesday at Joe Rademacher Field against NED.

Viking Tyson Knepp picks up the win on Tuesday against NED.

MONTGOMERY — It was hard to tell what was more impressive, B-R’s five bombs or Tyson Knepp’s two-hit performance on the hill. However, when both are going at the same time, it translates into the fifth straight win for the Vikings and an 11-0 win over BCC foe Northeast Dubois.

“Most of the time in my career, it seems like when one is going really well, the other is a little shaky. So to pitch it and swing it that way in the same game was awesome. It was really encouraging that Tyson, in his second start, commanded it and forced contact,” said B-R coach Trevor McConnell.

“Nick Swartzentruber drove in five runs. He’s been swinging a hot bat and won our offensive player of the week last week. He’s off to a good start, I think last week he had seven hits and eight runs scored. So yeah, he’s just been tearing the cover off the ball and I’m happy for him.”

The Vikings wasted no time getting on the board with a pair of two-run homers in the first inning. Chase Graber opened with a double followed by an Aaron Wagler blast to left. Moments later, it was followed by Logan Graber reaching and Nick Swartzentruber with his own blast to left to make it 4-0.

Barr-Reeve added three more runs in the second inning as well. Lane Graber got on and scored, Chase Graber also reached on an error and scored, followed by a shot from Reed Thompson for the third dinger of the day and a 7-0 lead.

The third inning was just as productive for the Vikings, as two more long balls were recorded. Nick Swartzentruber again went long with Logan Graber on base, while two hitters later, Lane Graber made it a 10-0 game with the fifth home run of game.

On the mound, Tyson Knepp was absolutely efficient throughout the first three innings, giving up just one hit. Dubois again reach reached in the fourth with a double, but Knepp was able to get a grounder to keep the Jeeps off the scoreboard, while facing just 17 batters.

In the fourth inning, Logan Graber reached for the third time and scored on a Swartzentruber fielder’s choice, for his fifth RBI of the day and an 11-0 lead.

Knepp retired the side in order in the top of the fifth to pick the win with just two hits and striking out one strikeout in a game that lasted just 72 minutes.

Barr-Reeve travels to North Knox on Wednesday and North Central on Friday, followed by a 10 a.m. game on Saturday with Lincoln at B-R.