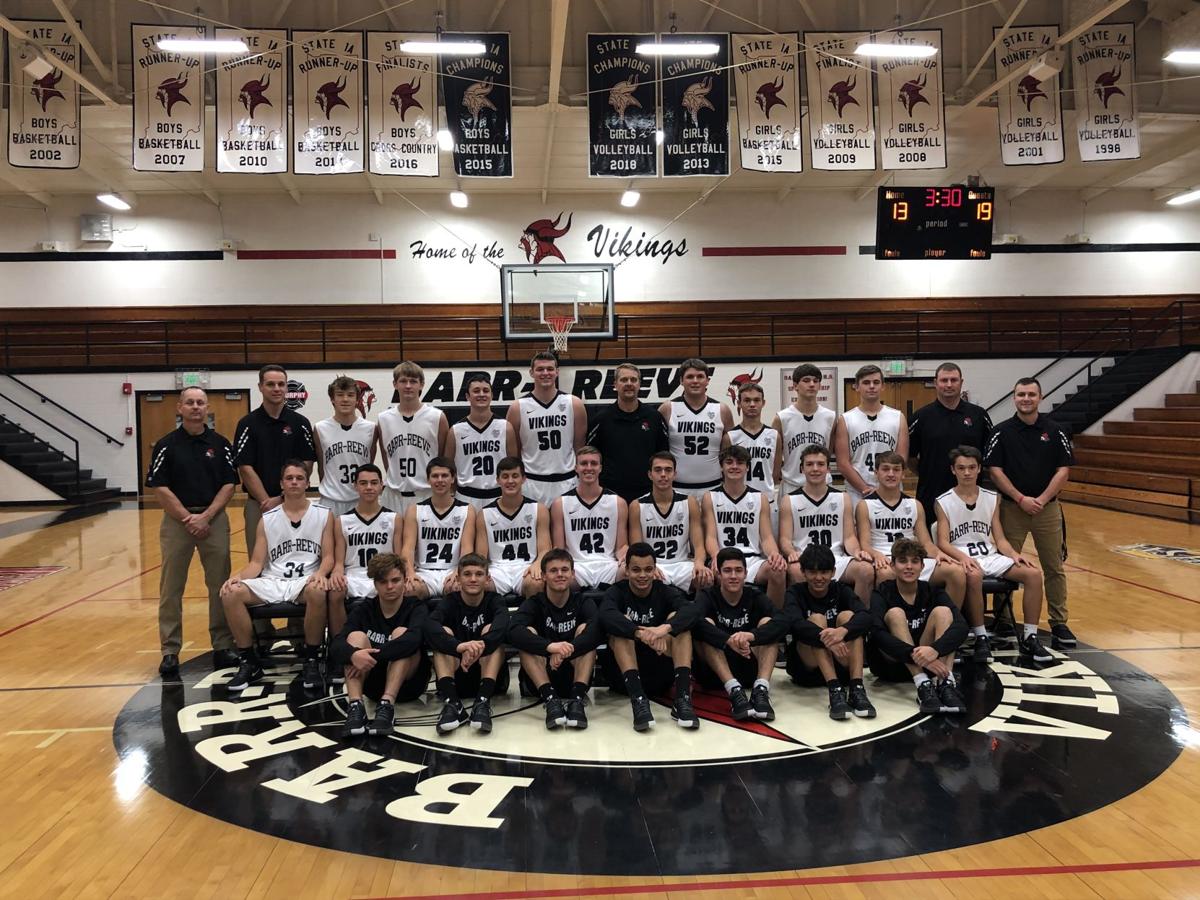 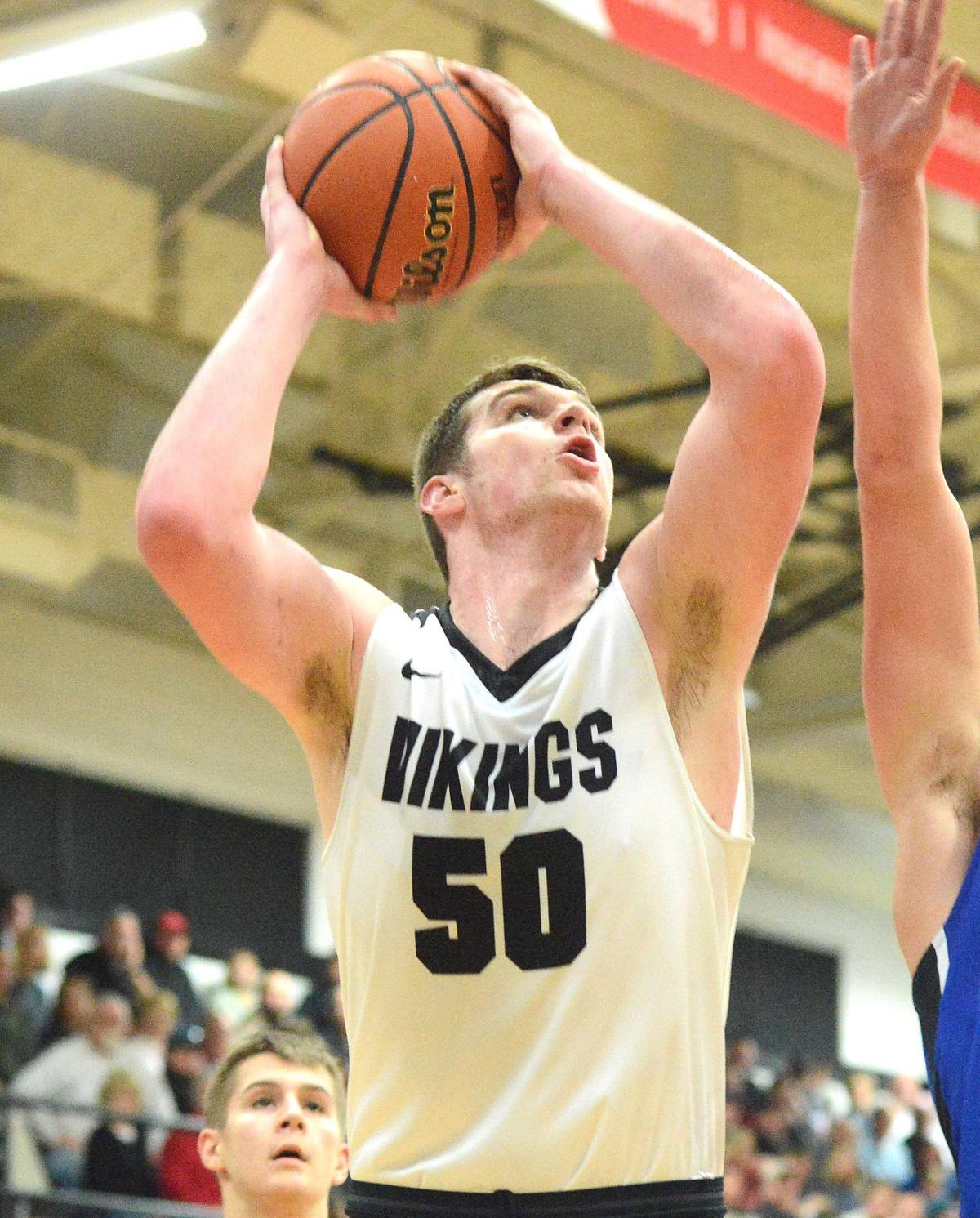 University of Indianapolis recruit Keegan O’Neill goes up for a shot. 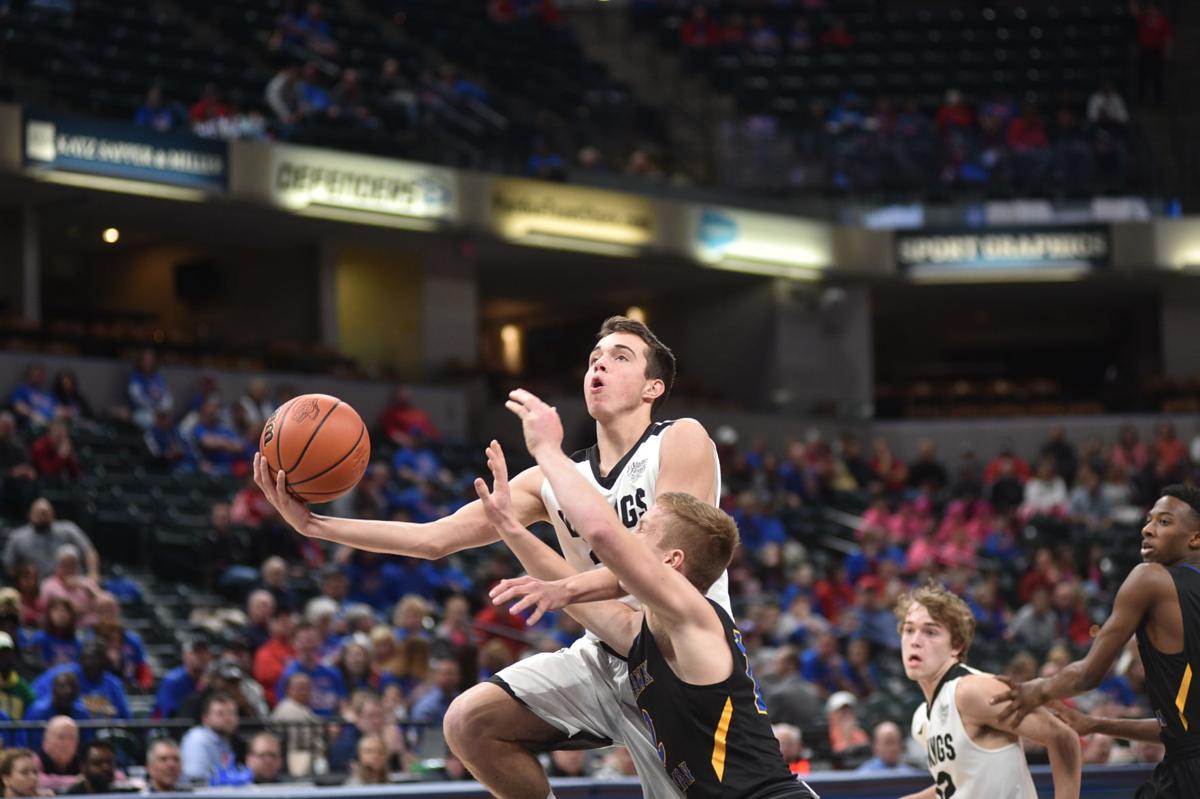 Brycen Graber goes to the basket in Class A state files.

University of Indianapolis recruit Keegan O’Neill goes up for a shot.

Brycen Graber goes to the basket in Class A state files.

MONTGOMERY — The first season of the Josh Thompson era at Barr-Reeve in 2018-19 was a continuation of Viking basketball success. Barr-Reeve finished the campaign with a 26-3 record, and marched all the way to the Class A state championship game before falling to Fort Wayne Blackhawk. Viking Nation is hoping for an encore in the 2019-20 campaign, and that hope is surrounded by both optimism, and of course, one big question mark.

Optimism surrounds the Vikings as they return two of their main cogs from last season. Post Keegan O’Neill (6-8”) is signed and delivered to the University of Indianapolis, and returns as a four year starter for the Vikes. Junior point guard Brycen Graber (6-3”) was in the top five in Indiana in assists last season at over eight per game, and returns to quarterback the Viking offense.

Sophomore Hagen Knepp (6-4”) grabbed the role of ‘6th man’ for the Vikes as a freshman, and had a stellar summer and off-season for Barr-Reeve. Jacob Wagler, Jamison Miller, and Devin Graber add depth at the guard positions after leading the Barr-Reeve junior varsity to a 19-1 mark, while Aaron Wagler, Tyson Knepp, and Kayden Graber also played big minutes for the nearly perfect Viking JV in 2018-19.

A pair of seniors in 6-4” Devin Kenney and 5-11” Kaden Boyd will provide senior leadership and depth off the bench for coach Josh Thompson.

Thompson says his troops have done a good job in the weight room, and have had a good summer. “I think it will be noticeable that the kids are really in good shape, and they’ve been committed to the weight room since the end of last season. Obviously there are areas that we need to grow and improve, but the kids have worked hard the first two weeks of practice, and we are excited to get started.”

This year’s campaign will also feature a series of big games for the Vikings as they continue to beef up their schedule. Barr-Reeve will again compete in the Old National Bank tournament at North Daviess where they will play perennial 3A power Brownstown in the opener. The Vikes will travel to Evansville twice for showcase games against South Bend Riley and Evansville Memorial. Barr-Reeve will also participate in a Jan. 4 showcase in Huntingburg where they will face Linton (2A State Finalist in 2019) and Southridge.

The Viking leader is excited about his team’s schedule. “I think we have several opportunities for our fans to travel and see us play really good competition. These games are not only fun for the community, but they really help our team prepare for the tournament.”

The one big question mark is of course a new member of Viking Nation. 6-9” junior Curt Hopf moved into the Barr-Reeve school district with his family over the summer, but to this point has been ruled ineligible to participate by the IHSAA. Hopf starred his freshman and sophomore seasons at Forest Park, and has attracted Division-1 interest and offers from multiple schools.

Thompson says as the situation with Hopf is being resolved, they have to take care of what they can control. “Curt is a really good kid. He’s a good student, and I don’t think you can find a student at Barr-Reeve that doesn’t really like him. Whether we have him or not, he can really help our team with his presence, hard work and practice habits, and positive attitude in the gym each day.”

Barr-Reeve opens their season at the Hatchet House on Wednesday night with the annual pre-Thanksgiving match up against Washington.