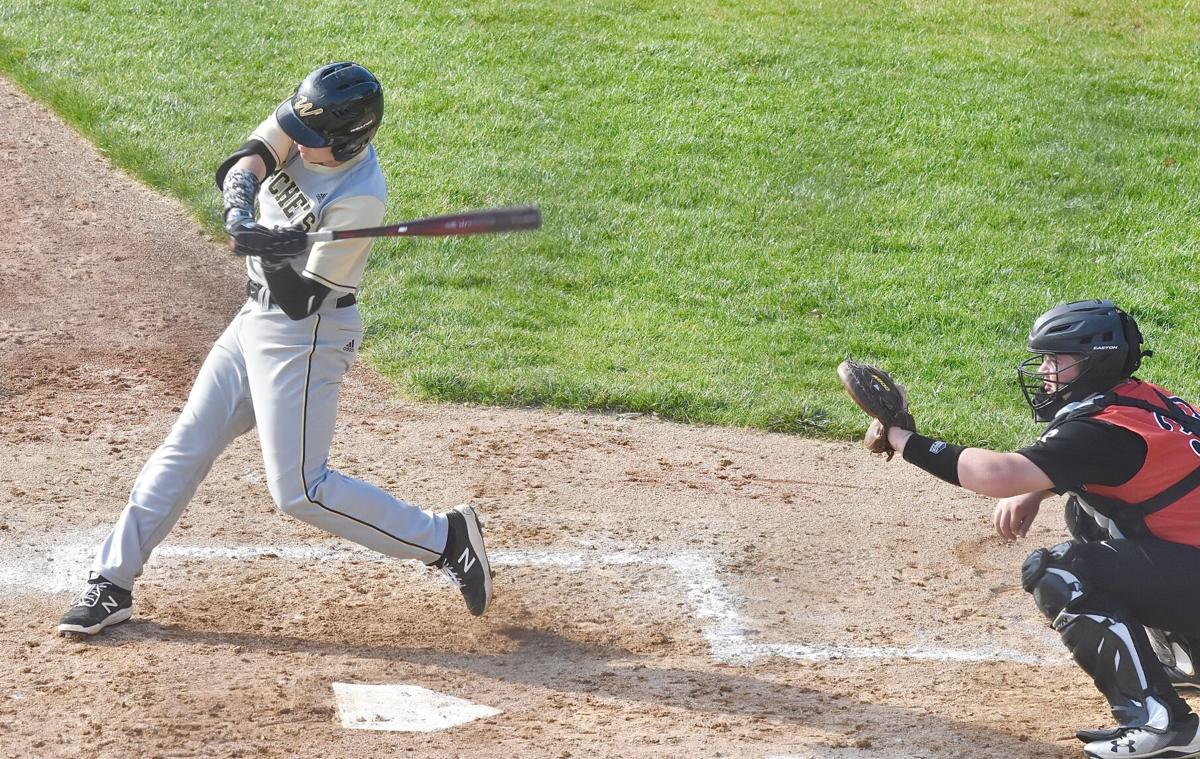 MONTGOMERY — What a difference a day makes.

After giving up 13 runs on Tuesday to Castle, WHS shook off that loss and bounced back with a 14-4 victory over Barr-Reeve (0-2) at Rademacher Field on Wednesday.

“We put the five spot up early and that helped, but we went into a little lull. I liked the way we hit the ball middle-away. We wore out the middle of the plate. I thought (Nick) Sandullo did a great job for us. The only complaint is we had some bonehead plays out there, but overall I was pretty proud of our effort,” said WHS coach Steve Reed.

Chase Graber found early trouble after Logan Riester opened with a double. However, even after walking both Hill and Caleb Armstrong, Graber was able to get out of the half inning without giving up a run,

Washington’s Nick Sandullo looked very strong for the Hatchets, striking out three of the first four batters he faced.

Hatchet bats began to come alive in the second, as Fry walked, Miguel Cruz doubled and a grounder from Owen Gray gave WHS its first run. After Riester reached with two outs, hits from Reed and Holtsclaw added two more runs, followed a 2-run blast from Ian Hill to make it 5-0, Sandullo had a strong second as well, giving up just one hit, but in the bottom of the third, Brayden Knepp, Chase Graber and Keshawn Graber all singled to load the bases. A long fly scored Knepp to cut it to 5-1. Although Sandullo would not give up a hit, Chase Graber scored on throw to second and made it 5-2.

Holtsclaw get one of those runs back immediately in the top of fourth, as he took Rob Hostettler’s first pitch deep to left for the second dinger of the day for WHS to make it 6-2.

Sandullo again loaded the bases with Vikings in the bottom of the fourth and looked like he would come out of the inning unscathed, but an overthrow back to the pitcher scoring Ethan Stoll and making it 6-3.

Keshawn Graber took over on the hill in the top of the fifth and after Cruz reached and Gray laid down a perfect bunt, back to back doubles from Riester and Reed made it 9-3 with one out. Holtsclaw singled in Reed pushing it to 10-3. After moving to 11-3, Fry went long with a 3-run blast for the third Hatchet home run of the day and a 14-3 and bringing the 10-run rule into effect. B-R add a run, but ended at 14-4 after 5.

The Hatchets are at home against Heritage Hills on Thursday, while B-R travels to Forest Park on Friday.

Mrs. Catherine Irene Ritterskamp, Washington, passed away on the late morning of Thursday, April 15, 2021. She was 92. Katie was born March 20, 1929, in Pike County, Indiana, the daughter of the late Lowell and Golda (Ferguson) Swain. Katie attended Petersburg High School and was a member of…

Ralph E. Huffines, 77, passed away April 8, 2021. He was born Nov. 23, 1943, to Ralph D. Huffines and Eva (Free) Huffines in New Albany, Indiana. Ralph was a hunter, his main passion being squirrels while also enjoying mushroom hunting. He loved taking care of his 11 acres, as he called it. …

MYRNA FREYBERGER — The funeral for Myrna Freyberger was at 1 p.m. Thursday at Blake Funeral Home in Loogootee, with Pastor Timothy Kraemer officiating.